India vs Afghanistan: 5 Talking Point from the Match 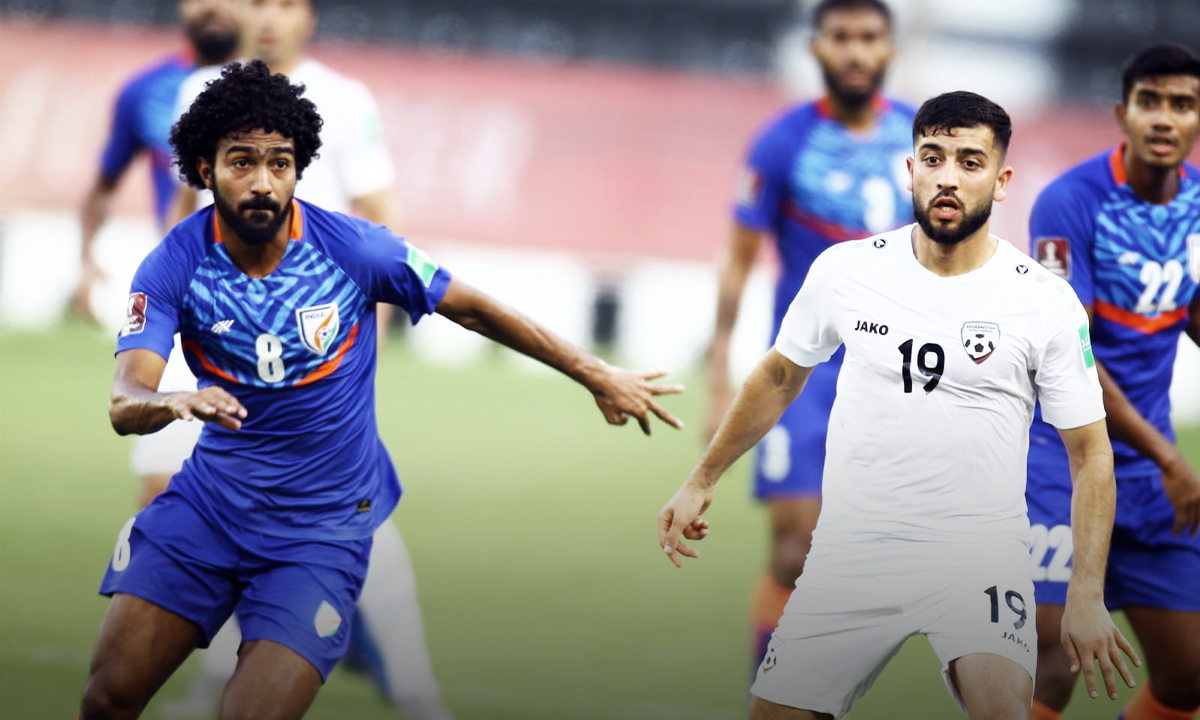 The Blue Tigers turned up to unfold their final chapter of the ongoing FIFA 2022 World Cup Qualifiers against Afghanistan at the Jassim Bin Hamad Stadium in Doha. India bagged home a disappointing 1-1 stalemate as they qualified for the third round of AFC Asian Cup Qualifiers. Football Monk comes up with the five talking points of the match.

India going out all guns blazing:

Igor Stimac made his intent clear going into this game with an almost unchanged team sheet. He opted for a proactive approach and chose to go with an attacking lineup. With Udanta Singh and Bipin Singh making way for Ashique Kuruniyan and Rahul Bheke respectively. India made their presence felt early on. As they won quite a few corner kicks inside the opening minutes. While the midfield trio of Glan Martins, Brandon Fernandes, and Suresh Wangjam having a busy day in the middle of the park.

Afghanistan well composed on the ball:

Anoush Dastgir’s side came into this game on the back of a disappointing result against second-placed Oman. Where they were praised for their movements with the ball. Against India, they looked equally composed with the ball and took the game on their side on a few occasions. But lacked the final touch. The attacking third woes remained a concern for the Afgan side.

The Blue Tigers looked the better side in the opening 15 minutes but came back to square one thereafter. They lost control of the game, conceded silly fouls, gave away set-pieces in key positions, lost possession quite easily, tons of missed place passes. And most importantly looked to play direct football for the majority of the game. India succumbed to the pressure with Afghanistan coming up with a high pressing football.

The Sunil Chhetri-led side created a number of chances across the two halves but lacked the all-important final touch on every occasion. Most of Brandon Fernandes’ deliveries seemed like destination-less corners and free-kicks. As neither talisman, Sunil Chhetri nor his trusted strike lieutenant Manvir Singh could get on the end of those. Igor Stimac and co. did display a better and ameliorate style of football in the second 45 with luck complementing them on the scoreline courtesy of an own goal by Afghanistan’s shot-stopper.

India’s neighbors defended more in the second half and had to pay the price for parking the bus with their own goal. But, who knew that it would be the turning point for them. Soon after conceding the goal the Afghans looked like a different team altogether and started to play on their front foot. All their efforts did count at the end as super-sub Zamani spoiled the party for India and rescued a point for his side.

India concludes their 2022 World Cup Qualifiers with a draw that will see them finish third in their group behind Qatar and Oman. India’s third-place finish means they have automatically qualified for the third round of qualifications for the 2023 AFC Asian Cup.