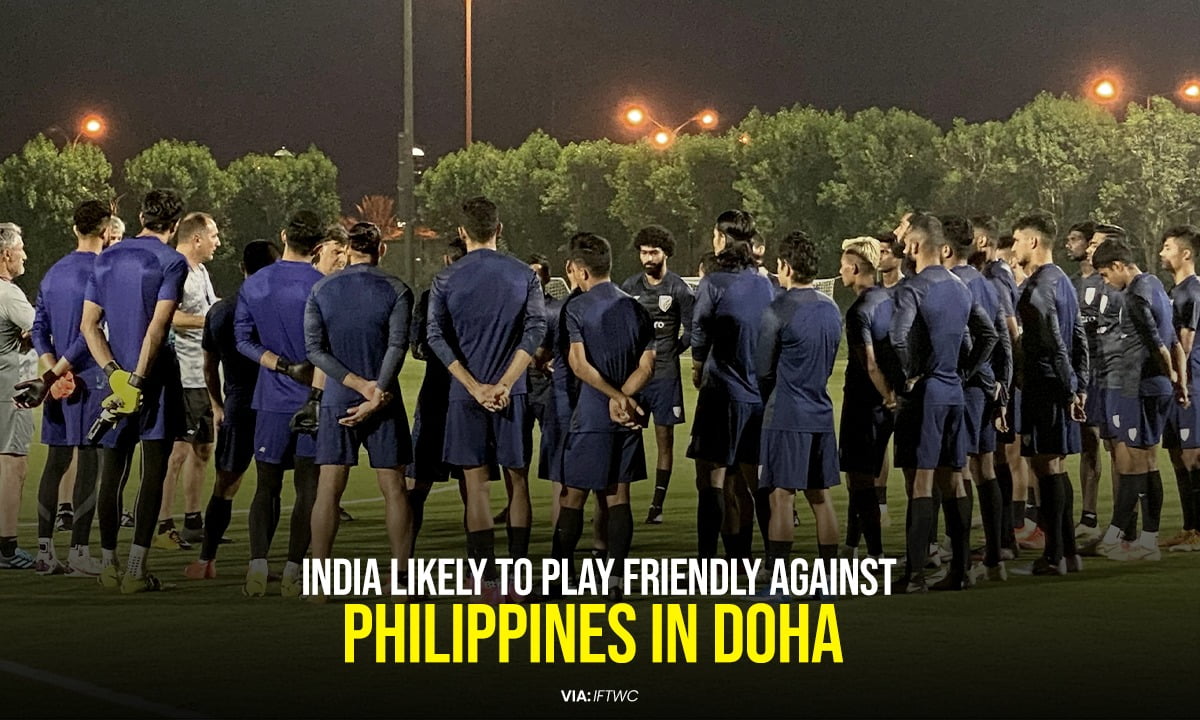 India is likely to play an international friendly against the Philippines, reports IFTWC. The Blue Tigers are already in Doha for a preparatory camp ahead of the FIFA World Cup Qualifiers and are looking for a possibility to play a friendly game against the island nation.

28-man India arrived in Doha a few days ago to play their remaining WCQ games of Group E. The Qatari government waived off the mandatory quarantine period after AIFF’s request and hence the team directly jumped into the practice sessions. Now, it is learnt that the AIFF is looking forward to arranging an unofficial game against Phillippines. Subsequently, the game will help boost their performances ahead of the all-important qualifiers

“The AIFF is in talks for a training match with the Philippines in Doha ahead of India’s first match against Qatar on June 3. If it happens, it will be a closed-door match. It is also not a FIFA day,” a source quoted, as per IFTWC.

Most of the players from the India team were away from the game after the two friendlies in Dubai. FC Goa players however remained in action and pulled off a stellar show in their maiden AFC Champions League appearance.

A friendly match in these circumstances might boost up the fitness levels ahead of competitive fixtures. This might be the reason behind the decision for the friendly. Earlier, Kolkata was scheduled to host the camp. Later, the plan had to be cancelled due to rising COVID-19 cases.

On the other hand, looking at Phillippines, we might expect a fast-paced game from them. Ranked 124 in FIFA Rankings, most of the players in the team represent clubs in Europe and Thailand. They heavily rely on foreign-born Filipinos for the national team. Stephan Schröck, their captain, represented German clubs TSG Hoffenheim and Eintracht Frankfurt as well as the German age-group teams, before moving to Phillippines.

However, the Phillippines national team has not played any games recently. For instance, their last game was on 19th November 2019 against Syria. They lost that game by a one-goal margin.

The AIFF has almost agreed on all terms ahead of the friendly. The match will be played behind closed doors, thus with no TV or media coverage. Ahead of the competitive World Cup Qualifiers, the friendly will provide valuable game time as well as confidence to the Blue Tigers.