“I see India in the final stage,” says Igor Stimac 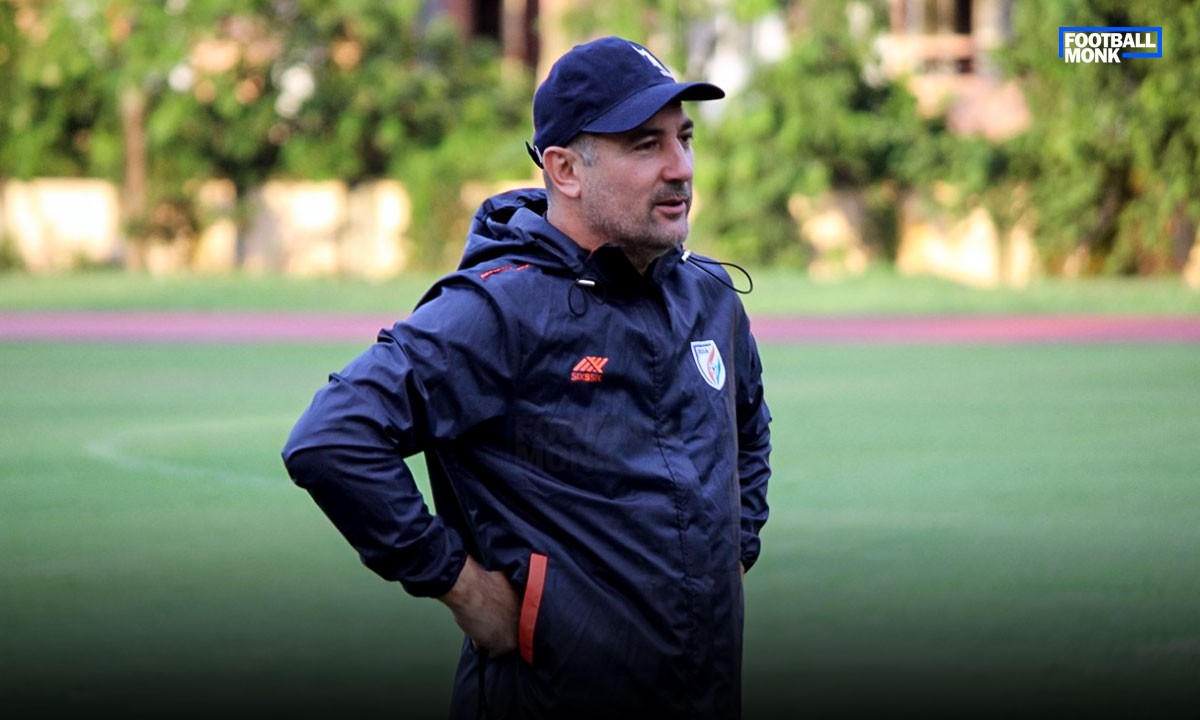 The Indian Football Team is all set to play two friendlies this week against ATK Mohun Bagan and I-league all-stars at the Vivekananda Yuva Bharati Stadium as part of their preparatory campaign for the AFC Asian Cup 2023 qualifiers.

Ahead of the friendly fixtures the blue tiger’s head coach Igor Stimac spoke to the media about the preparations, his thoughts, and many more.

The blue tigers recently had a preparatory camp at Bellary ahead of the friendlies. Quizzed about the developments the head coach said, “Most of our work was on our final third and finishing. And we are trying to work on various combinations and the set pieces”. He further said, “It’s important to score the goal first in these games and we are working on that.”

Speaking on the attacking woes that the blue tigers have faced tie and again and over-dependence on Sunil Chhetri the Stimac opined, “The competition in the team is strong and we have enough quality“

He further said, “After every session, I can see players getting better. We are in a far better situation prior to the previous friendlies.”

“In the last ISL season, we had many more Indian players scoring goals. The decrease in the foreign players has hugely helped the Indian senior football team,” Igor opined.

Stimac has eyes on Bagan Players

Quizzed about his plan to utilize and include these players Stimac said, “I can’t predict what will happen but we are still working on how to use the Bagan players. We will follow them and will see who is in form.”

While quizzed whether he is under pressure to qualify for the Asian Cup. The gaffer quipped, “No, to be honest, I am not under pressure. I know what I need to do with my staff and players.”

Speaking on India’s chances to qualify for the final stage Stimac believes, “This time we had enough time to prepare and we will do everything for India to qualify.”

“We are favorites and we are confident and I see India in the final stage,” he further added

India is drawn into Group D along with Hong Kong, Afghanistan, and Cambodia among relatively easier opponents. Speaking on this Igor Stimac opined it’s the preparation that matters. As he said, “Rankings don’t matter the way you prepare and play on the pitch in the ninety minutes makes the difference.”

When asked about Gurpreet Singh’s recent low in the ISL and the possibility of a new custodian making way. Stimac dumped all speculations, “I look at goalkeepers in a different way. I look at their long-term forms, and how they have performed in the last couple of years. I have full confidence in Gurpreet he is our number one.“

“I would love to see more of Vikram, he is changing positions but he is not getting involved more,” said Igor. As he expressed his take on the youngster. He further said, “I believe he is a player with a lot of potentials to be the future of India.”