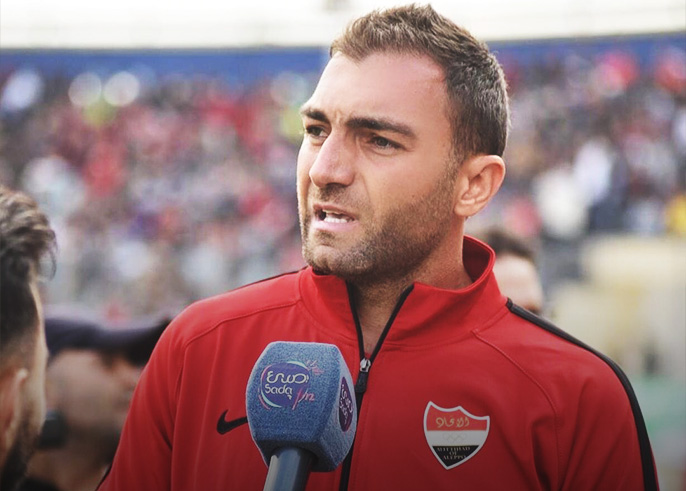 Mohammedan SC is all set to sign Syrian defender Shaher Shaheen as Football Monk can confirm. It is going to be the first major signing for the Kolkata Giants after their appointment of a new manager last month.

Shaher Shaheen is a Syrian footballer who is currently playing for Al-Ittihad in the Syrian Premier League. The 31-year-old defender is from Jeddah, Saudi Arabia. Shaher has played for the U-20 side of the Syrian National Team, back in 2009.

In the same year, he was promoted to another Syrian Premier League side Al-Karamah. Where Shaher played for four years scoring 9 goals and appearing in a total of 59 league matches. Next, he went on to play for, Jordan League Division 1 side Al-Asalah. He scored three more goals for Al-Asalah in only 13 appearances.

Shaher then had a year-long tenure with three different clubs. In these years, he represented G.Antep Sopr, Al-Watani, and Galali respectively. Despite being a central defender, he scored a total of 9 more goals in these short spells combined. But in 2018, Shaher came back to the Syrian Premier League. Now to play for Al-Ittihad SC Aleppo. Since then he is a regular at this club.

As a defender, Shaher provides various qualities. His 6ft 4.5″ height and superior physique provide him a crucial advantage in aerial threats. It also gives him an edge in the opponents’ box while chasing a set piece. Shaher’s goalscoring record is equally impressive as he has been a proven scorer in the top leagues of Syria, Jordan, and Saudi Arabia.

Apart from that, quality is often neglected while measuring a modern-day defender. It’s the position of a sweeper which is all but gone in the current generation of football. Yet Shaher is a rare talent capable of playing the role of a sweeper. It provides extra assurance for the goalkeeper and his fellow teammates.

Mohammedan has recently announced Russian-based manager Andrey Alekseyevich Chernyshov as their new head coach. Chernyshov has years of experience coaching in several Russian and Middle Eastern clubs. So, it is possible that he was well aware of Shaher during his previous spells. And a quick transfer shows the level of confidence he has in this new defender. If this signing really happens it can strengthen Mohammedan’s defense line dramatically and help them achieve glory in the upcoming season of I-League.