How Manvir Singh can fill in Sunil Chhetri’s shoes? 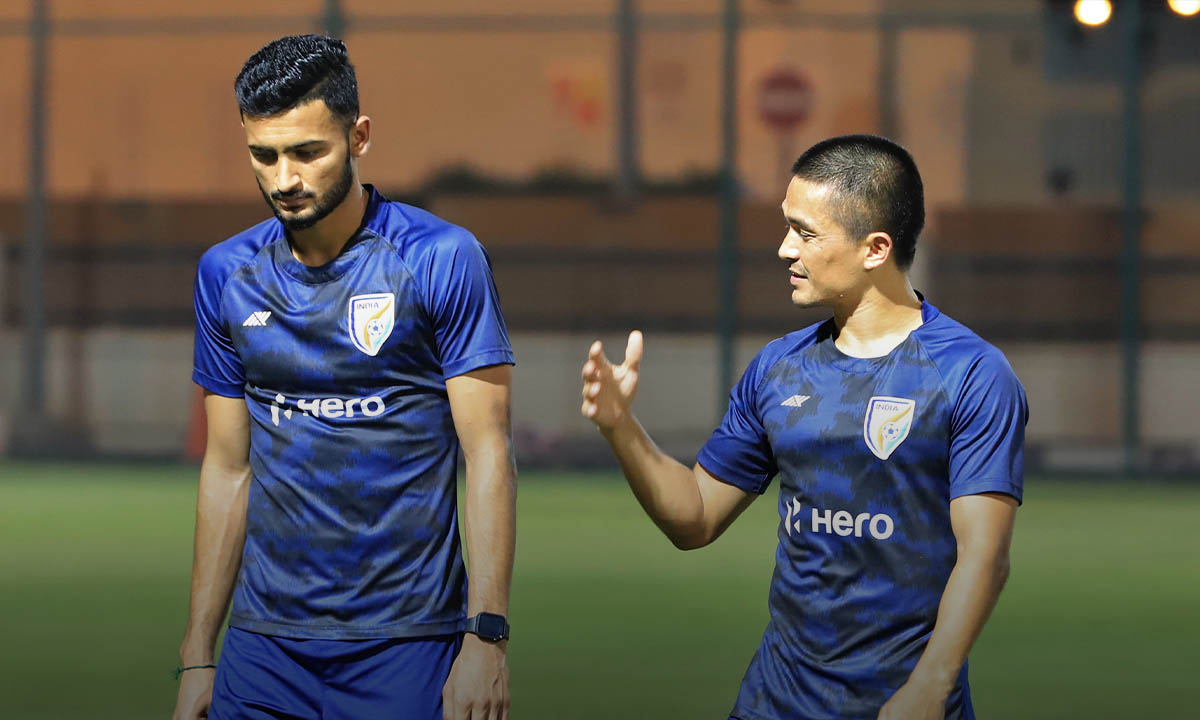 Manvir Singh’s recent exploits in the Indian Super League and for the Blue Tigers have caught the attention of several fans and pundits alike. He has been a constant source of attack for his side, in a variety of positions. His skills and attributes suit the flow of attack down the flanks which forms an important component in offence. Today, Football Monk takes a look at his profile and how well can he adapt to and compensate Sunil Chhetri for the Indian national team.

Manvir Singh was usually deployed as a wide forward by Habas in ATK Mohun Bagan’s ISL campaign last season. His burst of pace down the right flank proved to be lethal as he accumulated an overall xG of 2.715, scoring six goals. His deep runs into the box, cutting in from the right, have drawn a total of six attempts on target, out of which three were converted. The well-taken goal against SC East Bengal flooring Narayan Das highlights his attacking prowess down the right.

Manvir’s pace has proven to be an asset for the Blue Tigers as well. For instance, his perfectly timed run into the box could’ve easily fetched India the lead against Qatar in the ongoing WC qualifiers.

Ability with both feet

Often playing down the right, Manvir has caused problems for the opposition defence. He’s also quite as formidable playing down the centre, registering three goals last season while doing so. He has registered three goals apiece with left and right foot, signifying his shot power being well-distributed. While playing more centrally, he managed two left-footed goals and the other via his right. Even for the national team, his runs into the box helped draw away opposition defenders. This helped Sunil Chhetri to enjoy more freedom and space in the box.

Employing both Chhetri and Manvir upfront provides an added edge to India’s attack. The stats provide a lucid description of his ability, accumulating an xG of 1.107 in left-footed goals. His xG of 1.447 corresponding to right-footed goals in ISL last season implies that he’s capable of scoring with both feet.

How can India ramp up their attacking threat?

Their attacking style is very similar and so they can swap positions whenever required. Clever off-the-ball movements form an integral part of attacking play. The added advantage of Manvir’s on-the-ball pace while playing wide also helps pull defenders out on one side. This, coupled with Sunil’s clever positioning and marauding runs into the box, bears a great future for India.