How can SC East Bengal change their fortune? 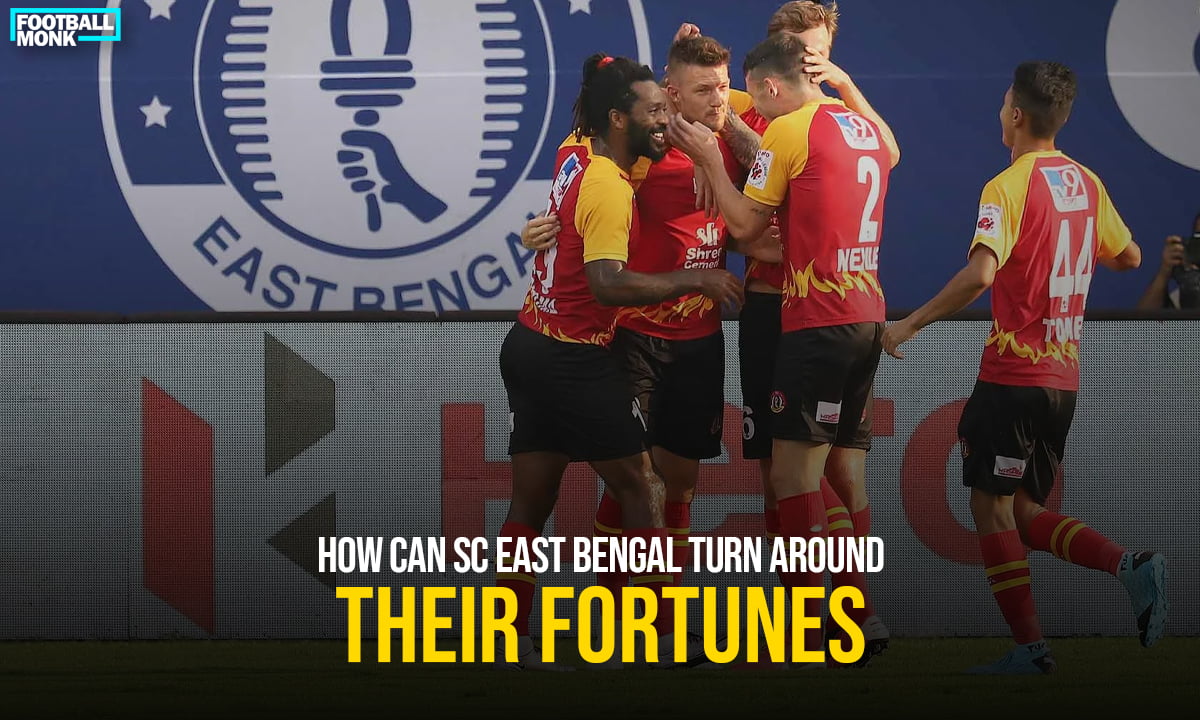 The seventh edition of the Hero Indian Super League saw SC East Bengal make their debut in the league. The Kolkata giant’s inaugural season in the Hero ISL was a turmoil. From having entered the competition late and not being able to sign the best players to finishing 9th in the table. The red and golds had a season to forget and the fans will be keen to see their team perform well in the next season.

Looking back at the factors on what lead SC East Bengal struggled last season, there was plenty, to say the least. The management needs to act early this season to avoid a repetition of what happened in 2020-21. Today, Football Monk takes a look at how they can bounce back in the season to come.

The First and foremost thing both club and fans alike must do is to forget about the season gone by. As said earlier, the last season was a turmoil, and keeping memories of a bad season will hurt both the players and fans alike. The management should take lessons from the mistakes made in 2020-21 but keeping memories of the same might not help to bring out 100% from the players.

Self motivations could be one of the biggest driving forces for SC East Bengal in the path of redemption.

SC East Bengal arrived late into the ISL last season and hence missed out on the chance to sign impactful Indian names. They mostly had to sign players who were free agents in the dying moments. Given the fact that they have a lot of time in hand going into 2021-22, SC East Bengal management must act early to get some impressive names into the team. The Red and golds must also get in some brilliant overseas players to boost up the performances

Apart from making new signings, SC East Bengal should also focus on retaining the players who had an erstwhile excellent season with the Kolkata giants. Midfielder Matti Steinmann already has a long contract that keeps him in the club till the end of the 2021-22 season.

SC Rast Bengal had one of the highest average aged-squad last season and the effects could be felt right from the opening match of the season. numerous players suffered injuries that kept them away from the action in a long term. East Bengal has one of the finest youth academies in the country and they must try to introduce graduates to strengthen the team. Young players bring with them pace and stamina which is most effective in the later stages of the game when other players tend to get a bit tired.

Time and again we have seen how young players like Rahul KP, Liston Colaco, and Apulia step up and help their team to the course of victory. The Red and Golds should also opt to introduce young talents into the team to boost up the performances next season.

The feud between East Bengal Club and the Shree cement corporation – The club’s investors are not a secret anymore. We have seen numerous times how both parties have contradicted each other before arriving at a final decision. These unsettled issues definitely reflect on the pitch. Which on the other hand leads to inconsistent performances. Additionally, rising tensions lead to errors in decision making which also contributes to shaky performances all across the system.

The club and the investors should look to put an end to all rising tensions between them much ahead of the next season to avoid the mishap of 2020-21. However, both parties keep on blaming each other to date.