Giant-Killers to Champions: The rise of Gokulam Kerala 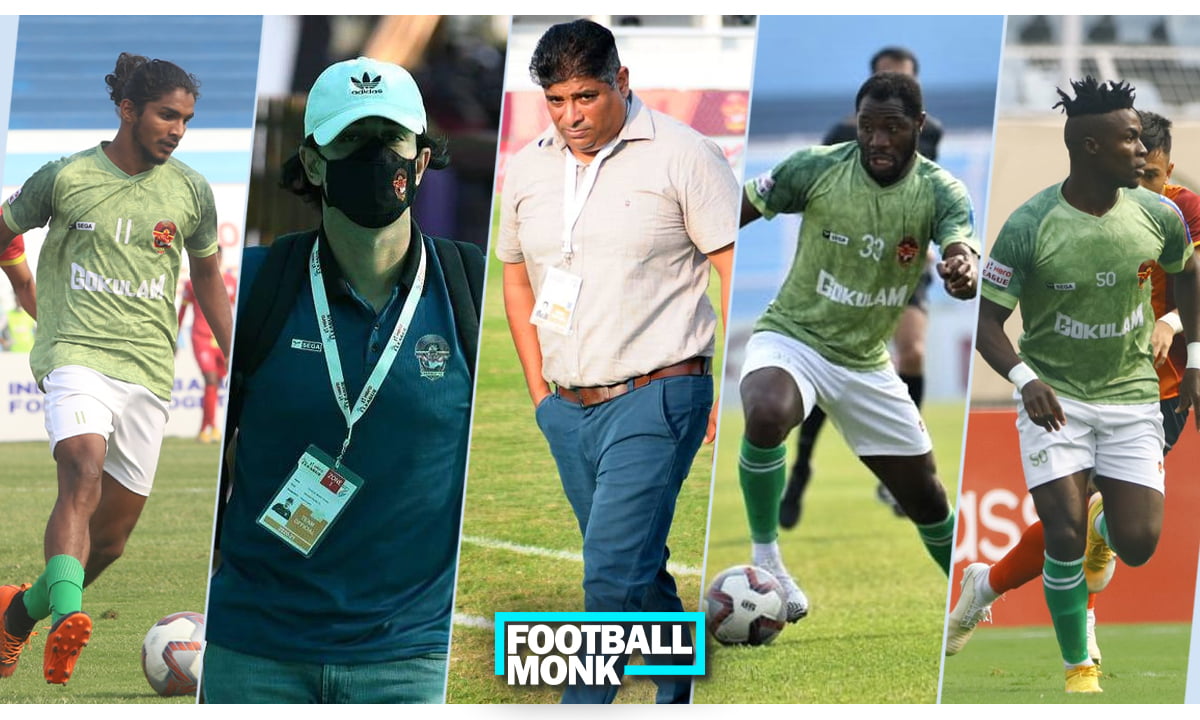 Back in 2017, the Sree Gokulam Group entered Indian footballing pyramid by bidding for a team to play in the I-League. From there on, Gokulam Kerala FC’s journey began. Their first head coach, Bino George made it clear back in 2017 that the club’s target is to represent India in AFC competitions. And after five short years, they have already become the champions of I-League.

The period of drought

Kerala was famous for its footballing success during the 90s and earlier. Kerala Police won back to back Federation Cups in 1990-91. Later on, cricketing youngsters like Sanju Samson have stolen the limelight. Football has continuously taken the back seat in the state’s sports circuit. Kerala Football Association secretary Anil Kumar admits the state had lost ground in the last two decades.

“We couldn’t sustain the momentum which we had in the past decades. Lack of proper long-term planning and paucity of professionalism hurt the game in Kerala. Also, we couldn’t create a league which gave opportunities to the clubs and Kerala players,” said Kumar.

Gokulam Kerala started their journey in 2017-18 season of I-League under Bino George. The team finished their debut season sitting in the 7th place in the table. Though, they earned a nickname of ‘Giant Killers’ for their fascinating performances against the Kolkata ‘Giants’ Mohun Bagan and East Bengal. That year, they also gave opportunity to plenty of local players in the first-team squad, including midfielder Arjun Jayaraj, who impressed in many occasions.

2018-19 season was an unimpressive run for the club where they finished the league on the 9th spot in the standings with just three wins in the whole season. It was more of a transition period for the newly-built club. In the COVID-19 affected 2019-20 season, Gokulam Kerala finished sixth on the table, though just one point behind the second-placed team East Bengal with a few more games left.

Finally, the Malabarians succeeded to win the tournament in yet another pandemic-hit edition of I-League in 2020-21. They recruited a young Italian coach Vincenzo Annese and cleverly brought in promising locals like Emil Benny and crucial foreign recruits like Denny Antwi (11 goals) and Philip Adjah (5 goals). On 27th March, Gokulam wrote a new chapter in the history of Indian football by smashing another title contender TRAU 4-1 in the last round of the league. They became the first-ever team from Kerala to win the I-League.

During this journey, Gokulam Kerala also won the 2019 Durand Cup and the 2017-18 Kerala Premier League. Despite financial limitations, they even explored the territory of women’s football. They found success there as well by winning the Indian Women’s League in 2020.

The state of Kerala has played the role of an underdog in recent history of Indian football. Kerala Blasters had some impressive runs in ISL, but glory was still out of their reach. The Yellow Army reached ISL final twice, losing both of those by fine margins. Nevertheless, the supporters, famously known as ‘Manjappada,’ have never turned their back to the team. With this achievement of Gokulam Kerala, it will only help in the progress of football in the state. Hopefully, it will bring back the golden days of former stars like I.M. Vijayan who once dominated Indian football.

In recent history, the number of emerging players from Kerala has significantly dropped. A handful of talented players like CK Vineeth, Rino Anto, Rahul KP, Anas Edathodika and Jobby Justin emerged as promising talents in I-League. But, in the end they couldn’t impress in the top echelons of the country.

The Kerala Football Association (KFA) has taken various initiatives to improve the situation. They have recruited more qualified coaches and concentrated on the scouting from the rural grassroot levels. Currently they have more than 300 training centres.

Some underage tournaments have also been organized to rekindle the enthusiasm of football among the youth of Kerala. With the rise of homegrown stars like Emil Benny, the youth of Kerala will surely look up to their future in football with great ambition and responsibility. At 20 years of age, Emil was an important player of Gokulam Kerala FC’s I-League winning team.