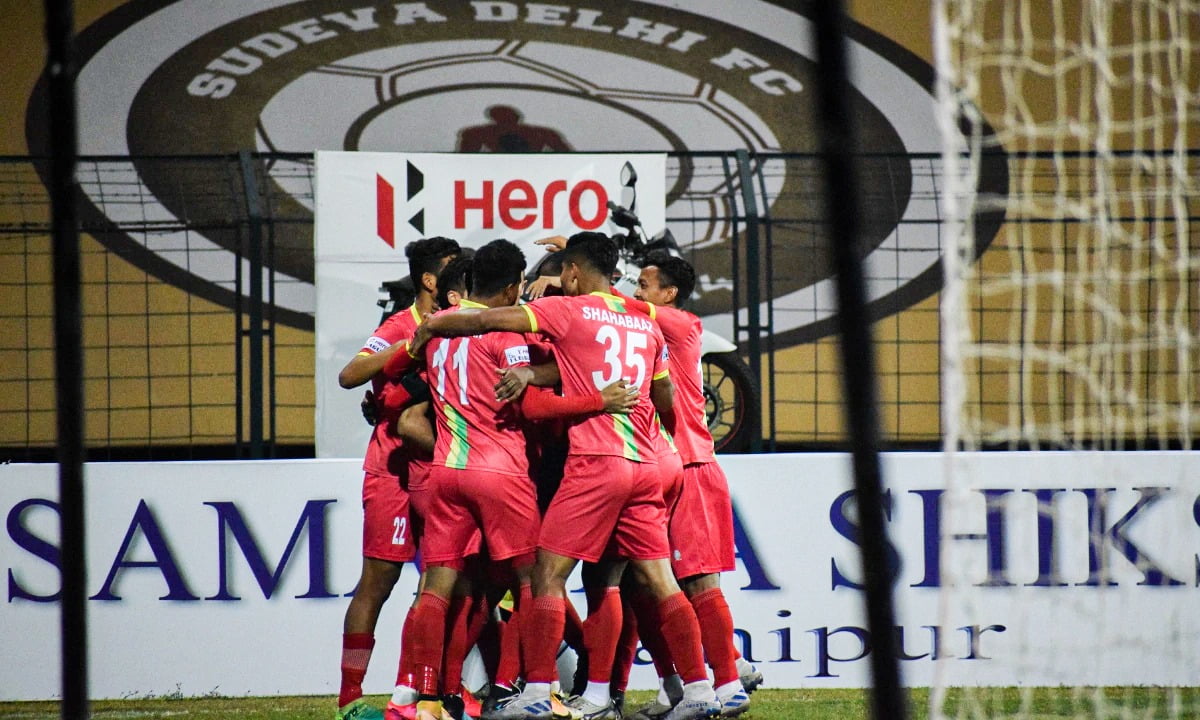 The I-League season 2020-21 was unique in many respects. For the first time in its history, the two Kolkata giants weren’t taking part and it was being held behind closed doors due to the nationwide COVID-19 situation. The competition comprised a two-phase league format wherein Gokulam Kerala FC ultimately emerged champions. However, it was indeed a memorable ride for TRAU FC who fared very well in only their second season in top flight.

The signings of the foreign duo of Helder Lobato and Komron Tursunov paid rich dividends. A Tajikistan international, Tursunov followed up his successful campaign with Mohun Bagan with a very impressive haul of six goals and assists apiece, acting as the fulcrum in the TRAU FC attack. Brazilian Lobato, who plied his trade in Jordan and Indonesia before joining TRAU also played a crucial role in defence. Both of them made it to the I-League Team of the Season for their exploits.

Bidyashagar Singh, an East Bengal graduate, was signed by TRAU FC prior to the 2020-21 season. His goalscoring exploits for the Manipuri side were indeed eye-catching. With two hat-tricks to his name, he became the first Indian to score an I-League hat-trick since CK Vineeth in 2017. He also bagged the I-League Golden Boot with 12 goals in 15 appearances, the fourth Indian to do so. Quite naturally, he was an automatic entry into the I-League Team of the Season.

The Manipuri side was led by their midfield general Konsam Phalguni Singh, who was instrumental in their stellar season. His clever reading of the game in the central midfield allowed more freedom to the attackers upfront. Not only did he engage in the creative part of the game pulling strings in midfield, but also his attacking exploits with three goals to his name were vital for the team’s cause. His goal against Sudeva FC was absolutely vital for their progression to the next stage.

Nandakumar Singh had already earned a reputation of promoting newfound clubs to the top flight in Indian football. After his stint with Royal Wahingdoh, he guided TRAU FC to I-League in 2019 where they displayed some attractive playing style.

In their very second season, they managed to thrive well, falling only a win short of what would have been an incredible achievement. This was partly due to their stuttering start, though they almost made it up with five straight wins afterwards. The free-flowing football displayed by TRAU had much to do with Nandakumar. He was rightly awarded the Syed Abdul Rahim Award for being the best coach in 2020-21 I-League.

TRAU FC were lingering in the bottom half of the table after a shaky start to the season. They were in danger of losing out on a place in the top six altogether. However, they staged a comeback against Sudeva FC in their final game to qualify for the second phase.

Following up from where they left off, TRAU FC notched up 10 points from a possible 12. However, they lost the war with Gokulam Kerala after a nerve-racking title-decider. Their fighting spirit has been commendable in only their second season in the top flight. They’ll surely crave to go one step further in the next edition.