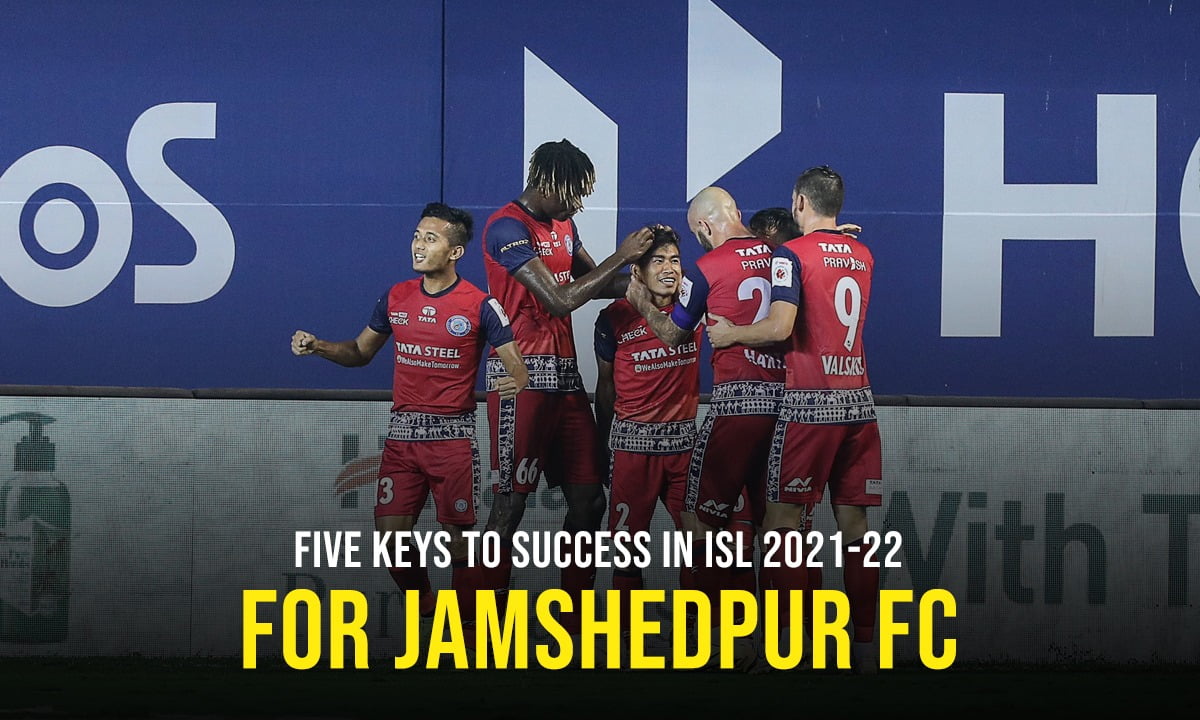 Jamshedpur FC had another disappointing season in the seventh edition of the ISL-Indian Super League as they yet again failed to make it to the playoffs. They finished the season at the sixth position with 27 points from 20 matches under new coach Owen Coyle.

Their story in the 2020-21 season was no different than their previous campaigns. As usual, they started well in the initial stages, but it seemed they lost the momentum midway through the season. After a few bad results, they did find their form back, but it was too late for Owen Coyle’s side.

Today Football Monk takes a look at the five keys to success for the Men of Steel in 2021-22 season.

The Tata Steel-owned club need to devise long-term plans. Over the years they have had multiple squad rotations. Leading to a lot of ins and outs of both Indian as well as foreign players. Continuity has always been a major problem for Jamshedpur FC. As every season one sees new faces in the squad.

If Jamshedpur FC are to achieve their long-term goals, they need to move forward with a core and build a team around them which will indeed be very beneficial for them.

Jamshedpur FC have a pretty decent Indian contingent that consists of players like Issac Vanmalsawma, Narender Gahlot, Boris Singh Thangjam etc. But the problem has been always been with their recruitment. Lack of experience, as well as a good Indian core, is what comes back to haunt them every season.

Players come and go but results stay the same for the club. If they want to move a step higher, they need to raise the bar in terms of signing Indian players.

The story is no different with foreign players. As Jamshedpur FC decided to bring a new set of foreign players namely Nerijus Valskis, Stephen Eze, Peter Hartley, Alex Lima, and Nicolas Fitzgerald. They decided to retain Aitor Monroy and David Grande for the season. The new players arrived with a big reputation to their names but failed to live up to their expectations.

For most of the season, Owen Coyle had just five foreign players to choose from and had to play all of them in the starting XI. Which meant no solid backup as Nicolas Fritzgerald and David Grande were out due to injury.

Moving forward, the Men of Steel needs to have a clear and better approach in signing good and non-injury-prone foreign players.

#2 Believing in one coach system

Just like some of their few fellow ISL clubs, Jamshedpur FC too have had several managerial changes.

They have handed the hot seat to four different coaches in four seasons. Which definitely has played its part for them not being able to reach the playoffs even once. The ISL is comparatively a shorter league in terms of duration as compared to other top leagues in Asia.

So, coaches as well as players need time to settle in which has never happened at Jamshedpur. They need to have long-term goals and giving a coach at least more than one season to get things right would be the perfect step forward.

#1 Good use of youth setup from the TFA

The Tata Football Academy has been a feeder not just for Jamshedpur FC, but also for the Indian National team. It is one of the best football academies in India and became a lot more stronger after their tie-up with Spanish giants Atletico Madrid.

The TFA’s quality of preparing India’s next generation of players in football is not unknown in the Indian footballing circuit and it is an asset for Jamshedpur FC. The Men of Steel need to make the most out of the TFA’s youth system if they want to make a difference.