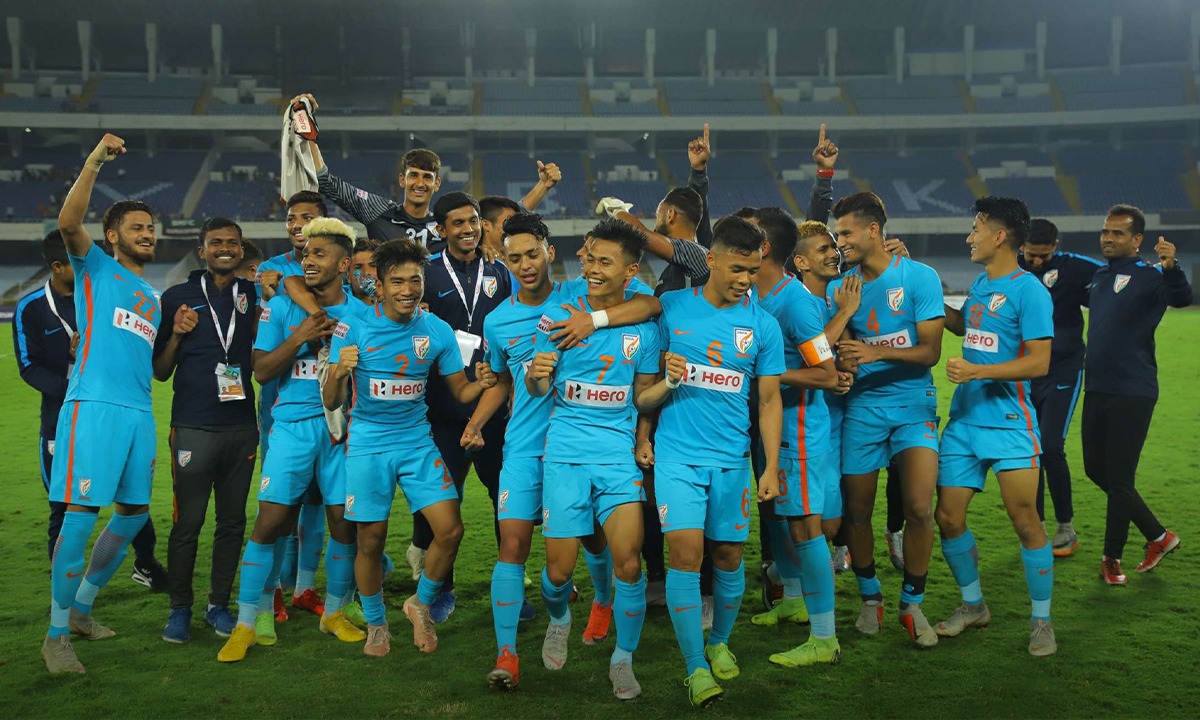 Indian Arrows (formerly named as Pailan Arrows) is a project undertaken by the AIFF to promote and nurture young talents. It was founded in 2010 as AIFF XI under the recommendation of the then Indian coach Bob Houghton. The situation in the I-League was such that the foreigners dominated the game and the India U-19 and U-23 players had to warm the bench for almost the entire season.

Thus, the main objective of this project was to provide the much-needed exposure to young talents in the country. AIFF XI was originally drafted into the I-League 2nd Division. However, after Mahindra United got disbanded, they got the green signal to participate in the top division.

Featuring lots of youngsters, the Indian Arrows could never really garner much dominance in the Indian football circuit. However, they still managed to rack up a few memorable performances. Football Monk takes a look at five such instances where the young brigade dazzled like no other.

In their debut season in the I-League, Indian Arrows endured a very torrid start to life. They shipped in no less than four goals against Churchill Brothers, Dempo, East Bengal and Salgaocar. They were so bruised and battered that a miracle was needed to save them from an ignominious finish. Going into Gameweek 19, they sat 10th in the table with three unconvincing wins.

Their next opponents were Air India, who had recently defeated Dempo 4-0. The match kicked off with aplomb at Kolhapur as Air India took a 6th-minute lead, courtesy Okorogor Praise. Manandeep Singh, who later went on to win the Federation Cup with East Bengal, equalised four minutes later.

What followed was nothing short of a miracle as the then 20-year-old Jeje Lalpekhlua wreaked havoc. He went on a free-scoring spree splitting the Air India defence at will, notching up four goals. Jeje entered into the record books as the first Arrows player to score a hat-trick, as his team won 5-2.

This was the very last game of the 2010-11 I-League as Kolkata giants Mohun Bagan went up against Indian Arrows. Bagan came into their last outing of the season on the back of a rollercoaster campaign. Meanwhile, the Arrows team played to their full potential and highlighted the many flaws that existed in Bagan’s defence. They raced to a 4-0 lead at the half-hour mark, thanks to braces from Jeje and Shilton D’Silva.

Bagan defence was no match at all with the searing pace of the Arrows frontline. This prompted Bagan to sub in Chidi Edeh as they were staring down at a humiliating defeat. Misfortune struck the Arrows after half-time as their skipper Raju Gaikwad sustained an injury.

Chidi and Muritala Ali partied on the inexperienced backline and reduced the deficit back to one goal. However, the brilliant Jeje notched up yet another hat-trick before the final whistle. Indian Arrows edged out Mohun Bagan by the odd goal of the nine in a historic performance.

After being reinstated into the I-League in 2017, Indian Arrows was composed solely of U-17 footballers. This was undertaken as a project for the Indian youth in order to compete at the national level. The team was up against
Shillong Lajong in the fifth round of I-League 2017-18. Having lost three of their previous four, they naturally came into the match as underdogs.

However, their display in this match against the Meghalayan side was a strong statement of intent. Leading 1-0 for most of the game, a moment of magic came from Nongdamba Naorem in the 86th minute. He duly picked up a loose ball just outside the Lajong box on the left before dribbling past five defenders and eventually beating the goalkeeper. His flashy footwork was on show at the Ambedkar Stadium as the goal earned a lot of plaudits. Indian Arrows ran out comfortable 3-0 winners in the end.

Led by Floyd Pinto upon their return in the country’s top division, Indian Arrows put up yet another strong showing against Mohun Bagan. This was the last gameweek of the I-League season yet again which pitted the two teams and much like the last time, Indian Arrows emerged victorious.

Trailing to a 17th-minute strike by Azharuddin Mallick, the young side mounted a brilliant comeback led by Abhijit Sarkar, who equalised before half-time. Even though Bagan coach Khalid Jamil brought on Dipanda Dicka to restore their lead, Arrows defence stood firm. Their persistence paid off as a brilliantly-crafted move from Ninthoinganba Meetei was finished off by Rahul KP in the 74th minute. With Bagan custodian out of his goal in a failed attempt to clear it, Rohit Danu made it 3-1.

Having beaten Mohun Bagan on two previous occasions, Indian Arrows finally claimed the ‘double.’ East Bengal were overwhelming favourites going into the match. The Red and Gold were buoyed by their Kalyani faithful as
they aimed at no less than three points. They carved out a host of chances, but being wasteful in front of goal served no purpose.

Marcos Espada and Marti Crespi were on the end of opportunities which went begging. For all the
fluffed chances in the final third, they had to pay dearly as Indian Arrows got the breakthrough. Close to the hour mark, Arrows forward Vikram Partap Singh unleashed a piledriver which cannoned in off the crossbar and into the net.

The Kalyani crowd was stunned. East Bengal tried to fight back with purpose, carving chance after chance, but the Arrows defence stood firm as a castle. Custodian Lalbiakhlua Jongte pulled off a string of fine saves as they
weathered the late storm, emerging victorious.