Five I-League stars who could join ISL next season 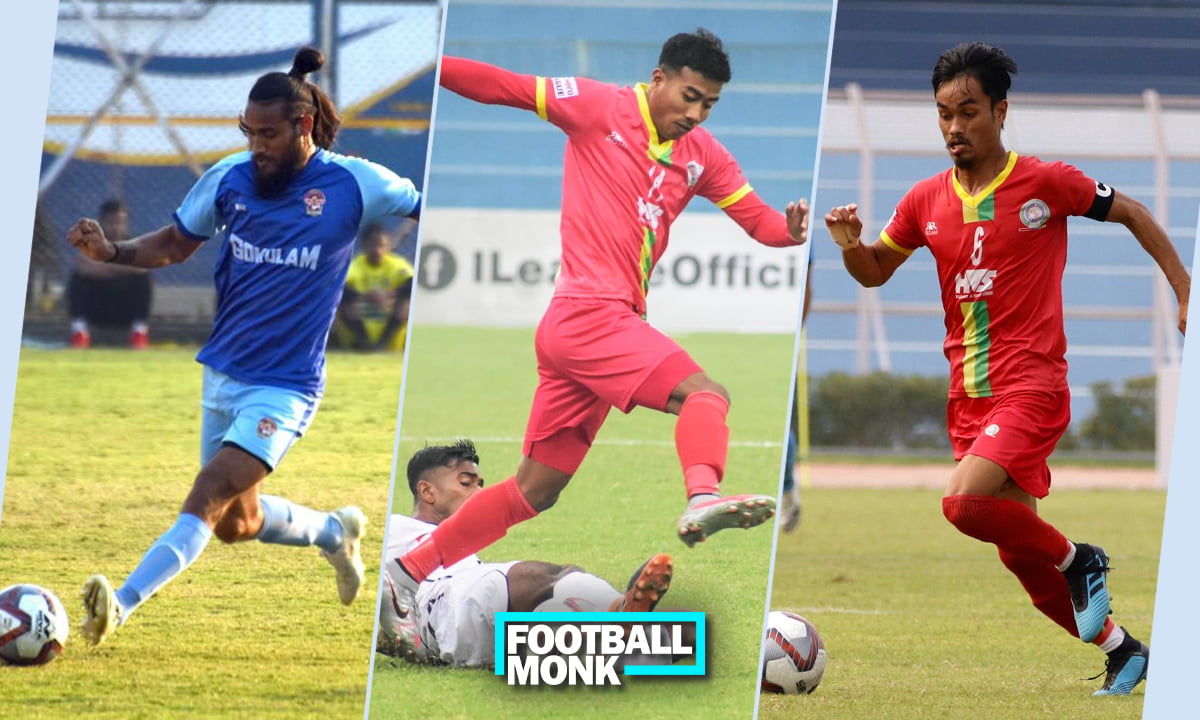 The I-League has always been a great platform for young Indians to showcase talent and the story was no different in the recently concluded season. The 2020-21 season was played behind closed doors in Kolkata across three venues and witnessed some of India’s next generation superstars.

Over the years, many young talents from the I-League have moved to the cash-rich Indian Super League. Today, Football Monk takes a look at the top five I-League players who will most likely ply their trade into the country’s premier division next season.

The Goan was undoubtedly one of the standout performers for Churchill Brothers in the I-League and displayed a more mature and smart version of himself. Composed and confident with the ball, Fernandes initiated a lot of attacking build-ups for his side and combined really well with his side’s forward line.

The 23-year-old made 15 appearances for the Red Machines and established himself as one of the club’s prized assets. Fernandes must be on the radar of ISL clubs after a breakthrough season in the I-League.

Devrani, had a great season individually and winning the I-League with Gokulam Kerala came in as a cherry on the cake. His role in the team was more than that of a player. He guided the youngsters really well and made sure they enjoyed their football.

Deepak’s versatility of playing as a centre-back as well as a right-back helped Vincenzo Annese balance the dynamics. He could be well on his way to the Indian Super League as the demand for versatile defensive players has increased given the change in the foreign players’ rule.

Another I-League winner, Emil Benny ranks third in our list as he too had a season to remember. Benny won the Emerging Player Award for his incredible performance throughout the campaign for the Malabarians. He racked up three goals and two assists in 14 appearances for the champions.

The 19-year-old delivered a Man-of-the-Match performance on the final day of the season and helped Gokulam Kerala clinch the title following a 4-1 win over TRAU. The Keralite’s heroics on the flank grabbed a lot of attention and a lot of ISL clubs will be looking to add him into their ranks.

Phalguni Singh showcased his ‘A’ game for TRAU as he was proclaimed the Midfielder of the Season Award in the season gone by. He was the architect to TRAU’s dream run of becoming the runners-up of the I-League, their best-ever finish in the competition. The 26-year-old initiated lightning quick transitions, controlled the tempo of the game, made pin point passes for his side and was an invaluable asset for Nandakumar’s side.

The Manipur-born playmaker scored three goals and provided an assist in 15 matches for TRAU. After a great individual season, Phalguni can definitely be on his way to the Indian top flight with a reported interest from Kerala Blasters.

The #1 on our list is Bidyashagar Singh who was definitely ‘the best’ takeaway for an Indian football fan from this I-League 2020-21. He came out on top against all odds and delivered a breathtaking performance throughout the season, including a hat-trick of hat-tricks.

Bidya is a goal poacher and an add-on to it is his pace which helps him trouble opponents. He won the Hero of the League Award and also became the first outright Indian top-scorer in the I-League history. After his superlative display, a number of ISL clubs are eager to get his signature.