FIFA WCQ: How India could line up against Afghanistan? 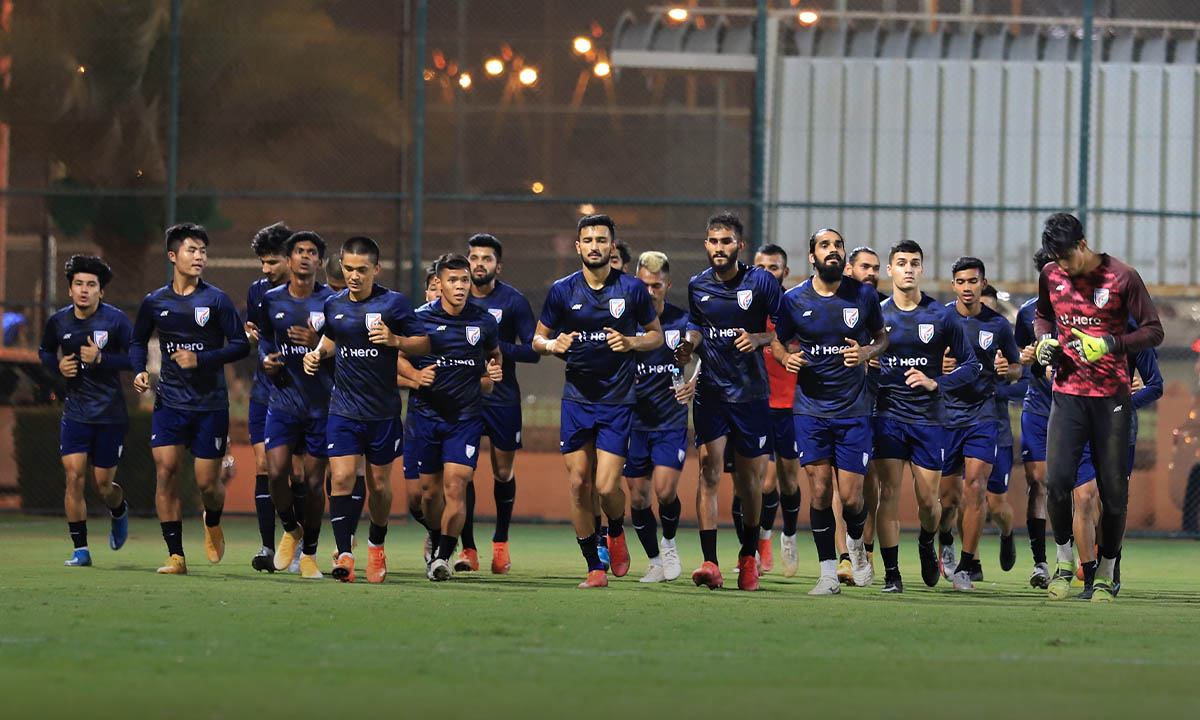 India will face Afghanistan in their final game of the FIFA World Cup Qualifiers in Doha, Tuesday. A draw is enough for the Blue Tigers to achieve a 3rd round qualification to the AFC Asian Cup in 2023. Afghanistan on the other hand will need to win the game at any cost to achieve the same goal. Football Monk takes a look at how India could line up against Afghanistan.

After a spell of two back-to-back brilliant performances, Gurpreet Singh Sandhu is likely to liven a rest by Igor Stimac. As Amrinder Singh can be brought in return to guard the fortress. Singh had a brilliant season for the islanders. The goalkeeper led his team to both the ISL Shield and the trophy. He has been impressive whenever given the responsibility of the national team and hence might be called in for the final game.

Pritam Kotal is expected to return to his position at right-back, against Afghanistan. He has been particularly impressive for the national team and might be called in for the important fixture. Kotal is physically strong compared to others in his position which comes as an added bonus against a sturdy opposition like Afghanistan. His experience will be a valuable asset for the team.

Like Sandesh, Chinglensana Singh too is expected to retain his place in the backline. H had an excellent season with Hyderabad FC in 2020-21. He was particularly impressive against Bangladesh, and also came close to scoring for the Blue Tigers. We expect Singh to once again pair up with Jhingan to form the center-back duo for India.

Igor Stimac has deployed Ashique as the left-back in the previous two games and he managed to live up to the expectations. Hence, we might see him retain his position for the next game as well. His sudden burst of speed down the flanks has helped India transform defense into an attack on a number of occasions. His pace will be an asset for the Blue Tigers against the Afghans as well.

Glan Martins made his debut against Qatar a week back and since then there is no looking back. He quickly formed the heart of the Indian midfield. He had an equally excellent game against Bangladesh earlier last week. We expect him to continue his journey with the Blue Tigers against the Afghans as well.

Also Read: Bangladesh vs India: 5 things to learn from the match

The Bengaluru FC youngster is also likely to retain his place with the Blue Tigers against the Afghans. Suresh has been very impressive in the last two games, playing across various positions wherever the team needed. His spectacle moment came against Bangladesh where he assisted India’s second goal to Sunil Chhetri. The youngster is expected to form the central pivot in the midfield along with Glan Martins in the Final game.

Brandon Fernandes is arguably the finest playmakers in the nation right now. His skills were once again on the display against Bangladesh, where he created the most amount of chances for the team. Igor Stimac will continue to keep his faith in the Goan against Afghanistan on the 15th. His flare in the midfield will be India’s greatest strength in the midfield.

Although he didn’t find the back of the net till now, Manvir is arguably the most eye-catching player for India in the last two games. The forward came close to scoring on a number of occasions against Qatar and Bangladesh. He will surely retain his position in the final game of the Qualifiers.

The greatest modern-day footballer for India, Sunil Chhetri will continue to lead the attack of the nation. Recently he scored his 74th goal for the Blue Tigers and also celebrated the 16th anniversary of his debut. The two goals in the last game will provide him much a needed boost to his confidence ahead of the game. Scoring against Afghanistan and reaching the 75th goal mark will be his biggest motivation going into the match.

Chhangte had an excellent season with Chennaiyin FC in the recently concluded ISL season. He didn’t find playing time for India in the qualifiers, spending all his time on the bench. We expect Igor Stimac to call the Mizo forward for the final game against Afghanistan. His fast pace on the left-wing, combined with Ashique on the overlap can pose a genuine threat to the Afghans.