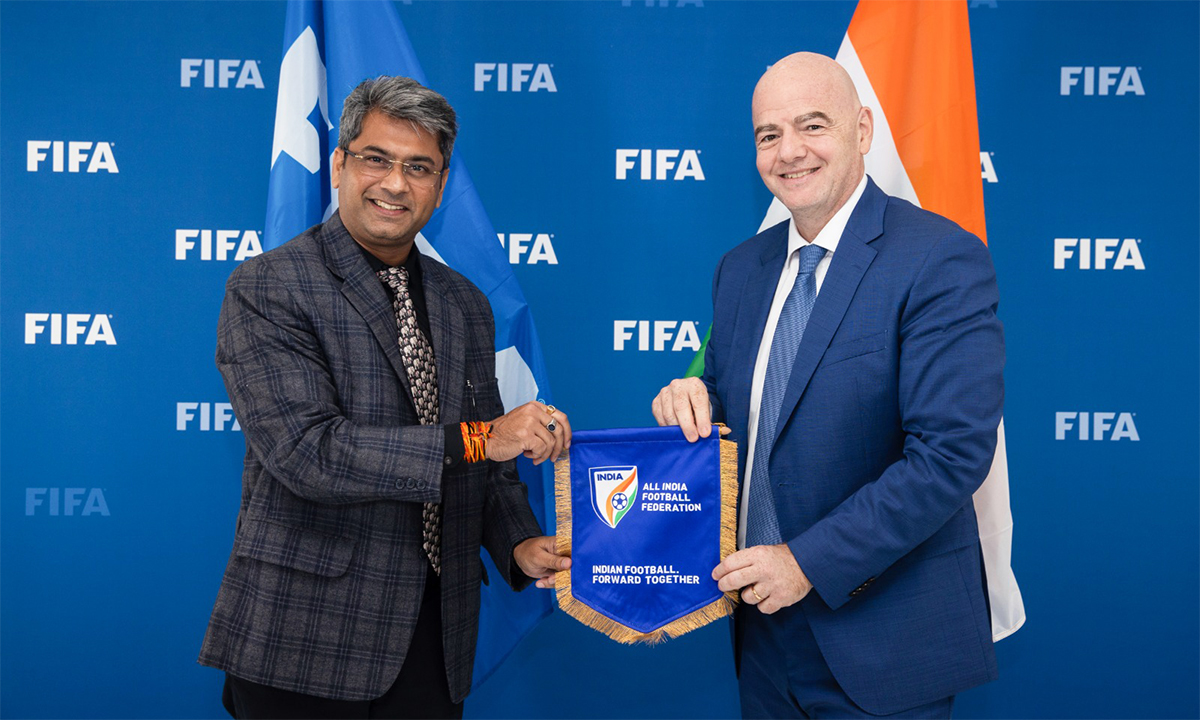 FIFA President Gianni Infantino has held a meeting to personally congratulate Kalyan Chaubey, upon his recent election as President of the All India Football Federation (AIFF).

President Infantino met his new counterpart from the AIFF in Doha, Qatar – and the two Presidents wasted no time in discussing a wide range of men’s, women’s, youth and grassroots development plans for football in India.

After being elected as President on 2 September, Mr Chaubey – a former professional football player himself – immediately revealed bold reform plans to develop football in India, with a strong focus on infrastructure, grassroots and women’s football.

Speaking after the meeting, President Chaubey thanked Mr Infantino for his words of congratulations and praised the role that FIFA plays in developing football across the globe.

“[FIFA’s support] is very essential, as they help to promote the sport in India,” President Chaubey said. “So, that’s how we have spoken with the FIFA President and I am honoured that he has given his stamp and I’m happy and looking forward to FIFA and the All India Football Federation working together to take Indian football to the international level. Mr Infantino has been really supportive and encouraging, and I hope that we will go a long, long way.”

The AIFF is in the final stages of its preparations to host the FIFA U-17 Women’s World Cup India 2022™, which will be played across three host cities and kicks off on 11 October and runs until the final on 30 October.

In 2017, India hosted a record-breaking men’s edition of the FIFA U-17 World Cup™ – in which more than 1.2 million people attended games – and with just over one month to go until they host again, President Infantino received an update on the preparations ahead of the 16-team tournament.

President Chaubey ended by revealing his hopes for the upcoming tournament, and how he and the FIFA President discussed harnessing the opportunity it creates across his vast country.

“The All India Football Federation, allied with the Government of India, has identified 40 places, 40 cities and areas where this FIFA U-17 Women’s World Cup replica will be taken, and then each of the 40 places will have one match, one football match,” President Chaubey explained.

“We’ll ensure that people living across India will come to know about how the FIFA U-17 Women’s World Cup is going to take place, and I’m sure, having a [female] President of India this time and a FIFA Women’s World Cup being played, it’s going to have a huge impact for Indian women across the globe.”