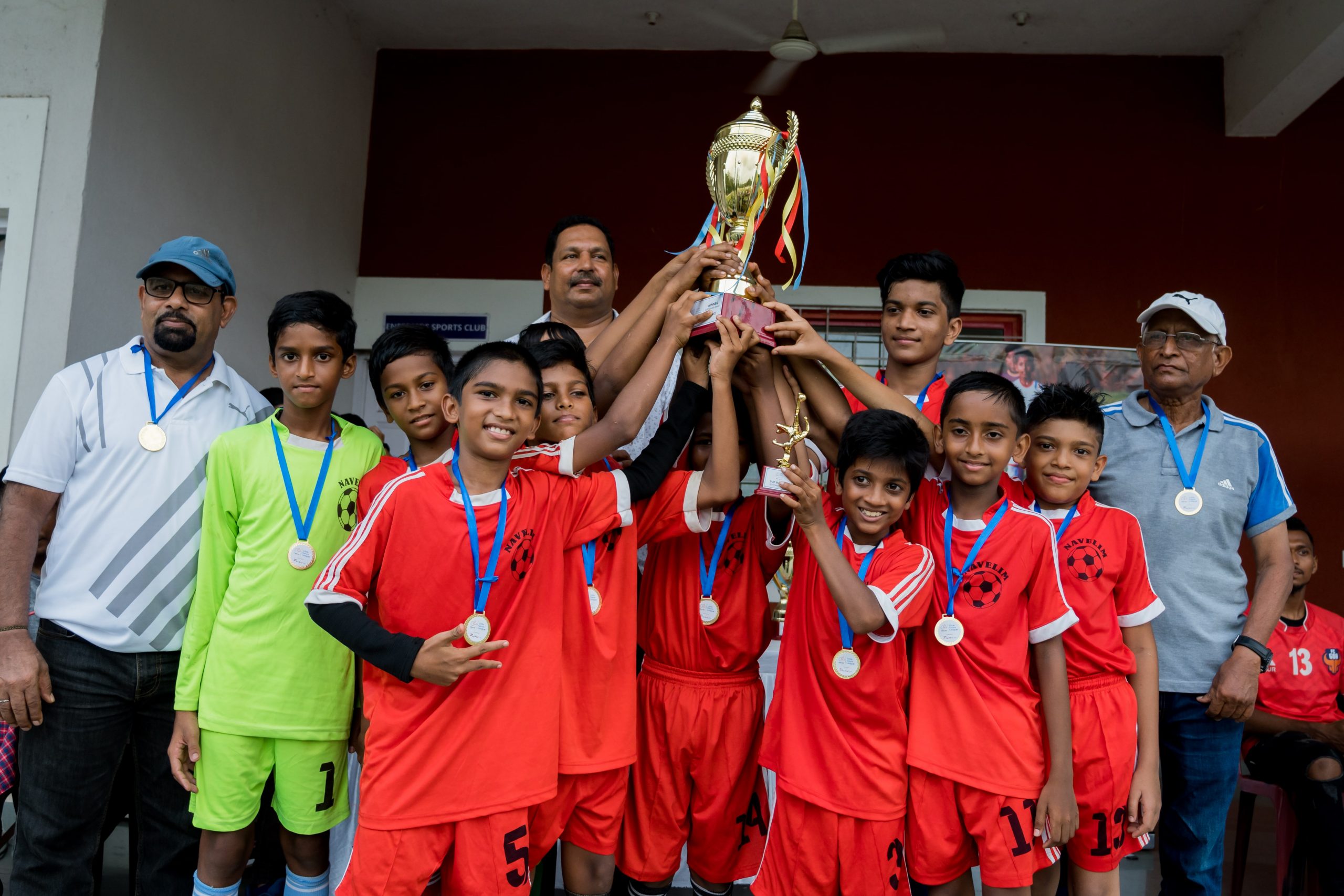 Forca Goa Foundation, in association with Tata Motors, today wrapped up the 2022 edition of the Little Gaurs League at St. Anthony’s High School Ground, Monte de Guirim, Mapusa in Goa. A total of 91 different teams and 744 children registered in the league across four different age-group categories.

Having kick-started on March 5, the league was held in three phases across Goa, namely North, South and Vasco.

In the North Phase, Vintage 73 Morjim (U-6 and U-8 categories), Learn to Play Football School (U-10) and Laxmi Prasad Sports Club (U-12 women’s category) were crowned winners.

The on-field performances of several players in the Little Gaurs League also resulted in some exceptional success stories. For instance, Piyush Sawant’s goalscoring exploits for his team Goan Champs earned him a contract with FC Goa’s U-13 team. He went on to take part in the inaugural JSW U-13 Youth Cup at Bellary, where FC Goa took on Bengaluru FC, RoundGlass Punjab FC and Sudeva Delhi FC in a four-team tournament.

In another first, Valaina Fernandes, who emerged top-scorer of the U-12 category at South, earned a chance to train with FC Goa’s women team.

“The key goal for the third edition of Little Gaurs League was to provide a fun and safe experience for participants, coaches, and parents while also building up on the successes of the past league,” Nathaniel D’Costa, Forca Goa Foundation’s Senior Manager for Community Football said at the closing ceremony on Saturday.

“This year we managed to improve on game infrastructure and give more game time (double-legged matches as compared to single rounds previously) in order for children and coaches to develop. Coming back into the game after a two year pandemic induced hiatus was always going to be full of challenges, but with the support of the club, our sponsor Tata Motors, and the GFA, we managed to register 91 teams with 745 children.”

D’Costa also revealed that the fourth edition of the highly successful baby league will be launched in November 2022.

The Super Cup will be a one-day knockout tournament, set to be held at the Salvador do Mundo Panchayat Ground from 3:30 pm on Sunday, May 22.