FC Goa, Chennaiyin end their RFDL campaigns on a high 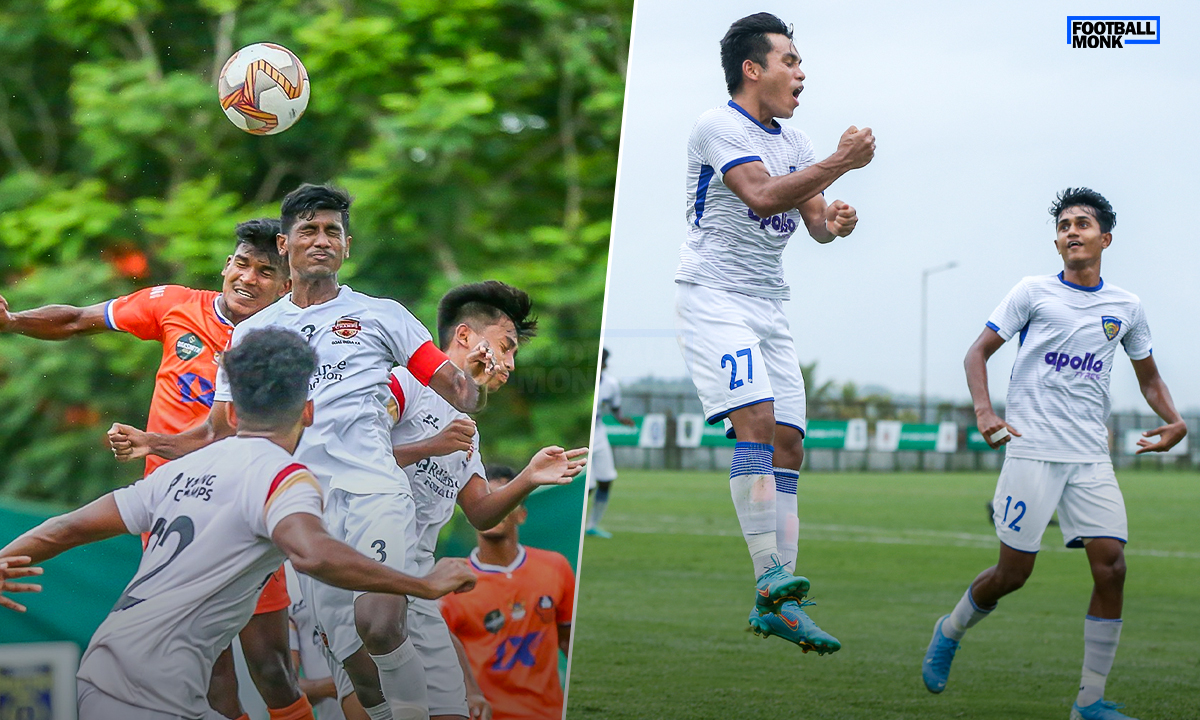 FC Goa ended the campaign on a high with a 2-0 win over Reliance Foundation Young Champs (RFYC) in the RF Development League final-round game at the Nagoa Ground on Wednesday. In another engagement, Chennaiyin FC registered their first win with a 3-2 victory over Mumbai City FC. The Islanders ended the campaign without registering any wins.

FC Goa came closest to scoring in the first half when Rayan Menezes’s longer ranger came off the crossbar. However, the defender made amends in the second with a close-range finish in the 77th minute to give Gaurs the lead. Jovial Dias (88th) made it 2-0 soon after. He received a long ball from goalkeeper Hrithik Tiwari and slotted home his fifth goal of the campaign.

Goa finished their engagements with 13 points from seven games while RF Young Champs ended their impressive sojourn having seven points from the same number of matches.

Chennaiyin made a positive end

The evening kickoff saw three goals scored in the space of five minutes. Substitute Sufiyan Shaikh (19th) helped Chennaiyin take the lead by slotting in an Akmal Shan cut back before Mumbai equalised in the next minute through Mohammed Asif (21st). Three minutes later, Chennaiyin won a penalty and Joseph Lalvenhima calmly converted it. Joseph helped Chennaiyin take a 3-1 lead shortly after the second half, scoring in the 58th minute. But Mumbai showed fight, Asif netted his second of the evening in the 80th minute.

Chennaiyin finished their campaign with five points from seven outings. Mumbai City FC, unfortunately, failed to register a single win in the competition, thus finishing rock-bottom in the table.