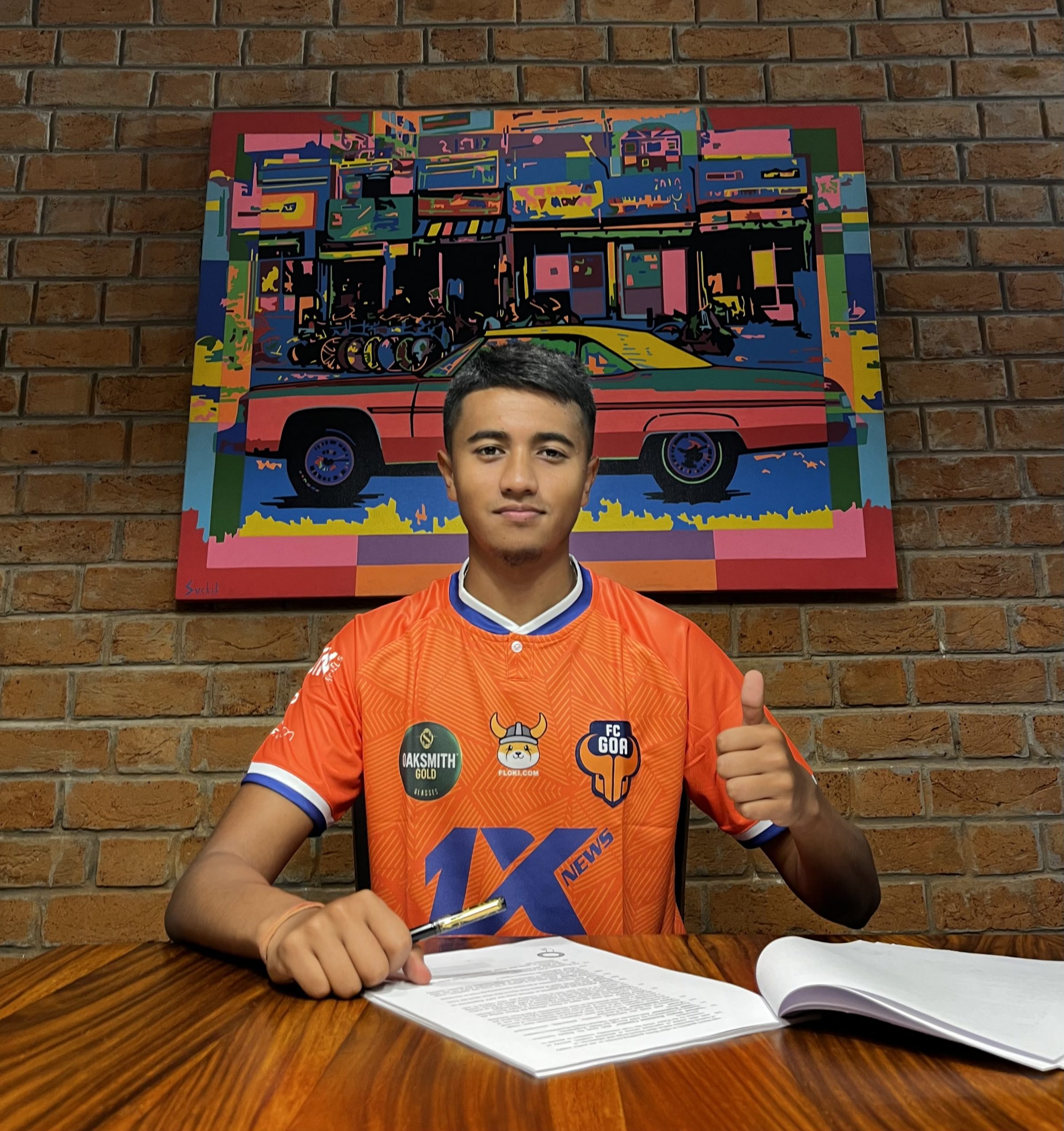 FC Goa have completed the signing of Ayush Chhetri, the Club can confirm. The midfielder has put pen-to-paper on a three-year deal with the Gaurs, which means that he will wear the Club’s iconic orange till the summer of 2025.

“FC Goa is one of the best football clubs in the country and I’m happy to join them. Playing in the Indian Super League (ISL) was one of my biggest dreams and I’m thankful to FC Goa for giving me the opportunity,” Chhetri said to fcgoa.in after signing his contract.

“Being a midfielder, I love to play with the ball. The Club encourages footballers like me and follows a possession-based style of playing the game, and that attracted me to them. When I spoke to the management, they made me feel welcome and assured me that I would be an important part of their plans. That is something that I look forward to.”

“I also love the fans of FC Goa. I’ve seen how well they support the Club and the players, and I’m excited to be part of their family. To them, I’d like to promise that I’ll give my best for the team, and I’m hoping to meet them soon at our home ground in Fatorda,” he further added.

Ravi Puskur, the club’s Director of Football also expressed his thoughts on Ayush Chhetri’s signing. He said, “Ayush is a signing which is largely focused towards the future planning of the team. He’s been a very bright prospect in Indian football for the past few years now and we’ve always looked at trying to bring him in at the right time.”

“Given his experience in the I-League last season, we felt he was ready to make the step up and rub shoulders with the players in the ISL on a daily basis. We’re confident that with time he’ll step up and become a vital asset for the club in the years to come,” he added.

Promise for more in the days to come

Born in the state of Mizoram, Chhetri started playing football at the very young age of five. He rose to prominence for the first time when he got selected to Aizawl FC’s U15 and U18 teams for the Hero Youth League.

Consistent performances with the Mizoram-based club’s youth sides helped him earn a promotion to the first team and earlier last year in the 2021-22 season, he was handed his debut in the I-League.

The 19-year-old went on to make 10 appearances for Aizawl FC in I-League 2021-22. On April 1 this year, the midfielder scored his maiden league goal against eventual champions Gokulam Kerala, and followed that up with strikes against NEROCA FC and Sudeva Delhi FC.

In a short span of time, Ayush Chhetri has proven his abilities as a player who can make an impact on both ends of the pitch.