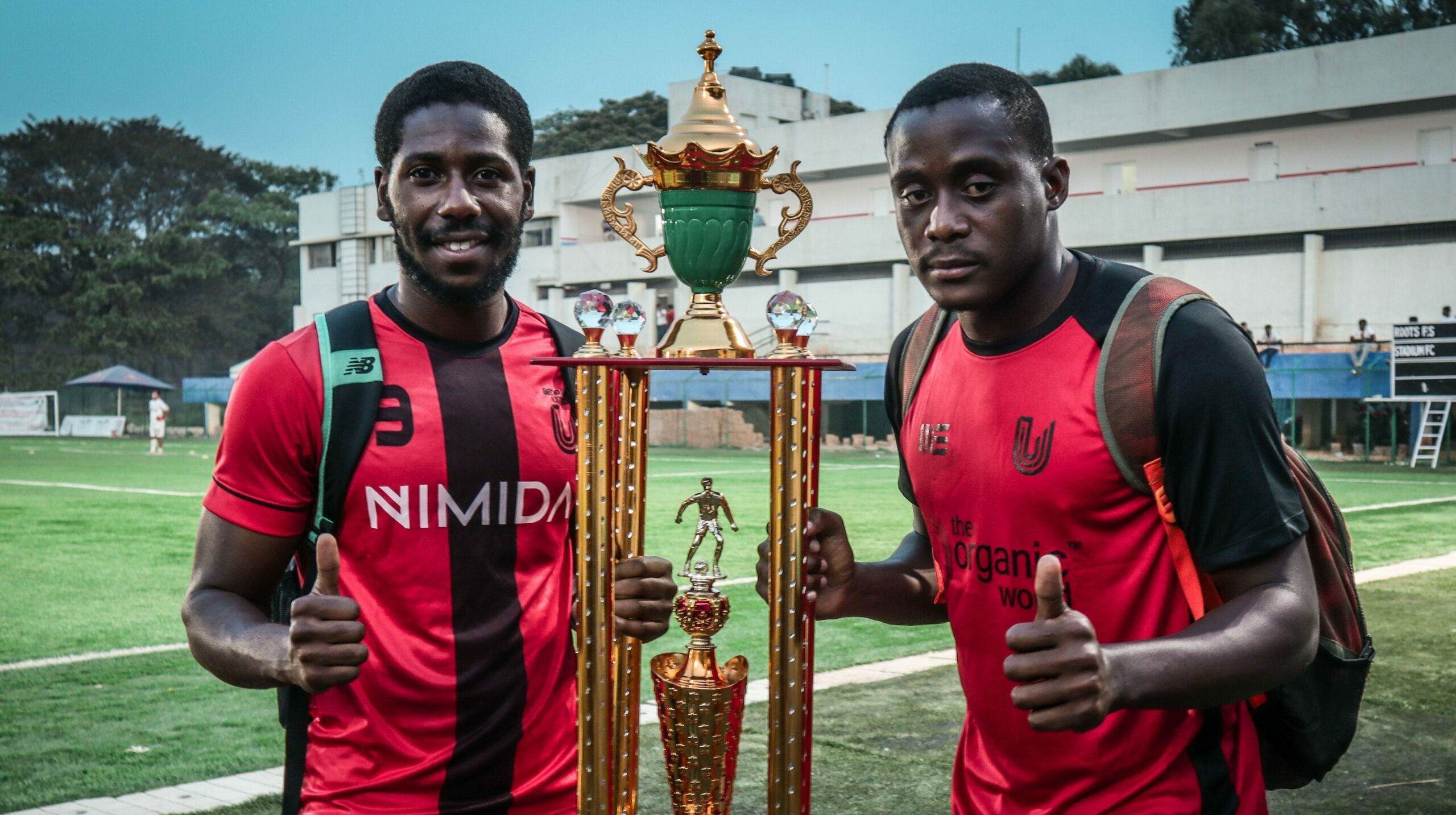 FC Bengaluru United players Robert Primus and Daniel Carr have been named in Trinidad & Tobago’s 28-man squad for the upcoming World Cup Qualifiers. This comes on the back of strong performances by the duo in the recently concluded BDFA Super Division League 2020-21 in March, in which FC Bengaluru United emerged champions.

Center-back Primus has been an integral part of the FC Bengaluru United set up since the I-league qualifiers in October 2020. He played a key role in the club’s triumphant journey in the BDFA Super Division League 2020-21, scoring the winner in the 62nd minute in the final league game that crowned FCBU champions. Striker Carr too shone with goalscoring abilities.

Richard Hood, Head Coach, FC Bengaluru United who has worked closely with Primus and Carr was delighted with their selection. “Robert was with us when his initial call up to the national team came in March towards the end of the local league. It is a tremendous story for us to be a part of where he has made a return to the Soca Warriors after about 7 years. All credit to him for taking advantage of what FC Bengaluru United offer in terms of the training program and lifestyle. We are sure his contribution to his team’s bid to qualify for the World Cup will be crucial.”

The plan with Carr, says Hood, “Always was to condition him for the second division league. His work ethic and dedication to get into peak shape is the primary reason for his call-up to the national team. We look forward to him leading from the front and getting his name on the scorecard.”

“Their selection is a great moment of pride for all of us at FC Bengaluru United, “said Gaurav Manchanda, Owner, FC Bengaluru United. “Not only is it a reflection of Primus and Carr’s ability, it is also a great testimony to the growing potential and stature of FC Bengaluru United. We are a club on the ascendancy and being part of our club has a tremendous positive impact on a player’s growth trajectory.”