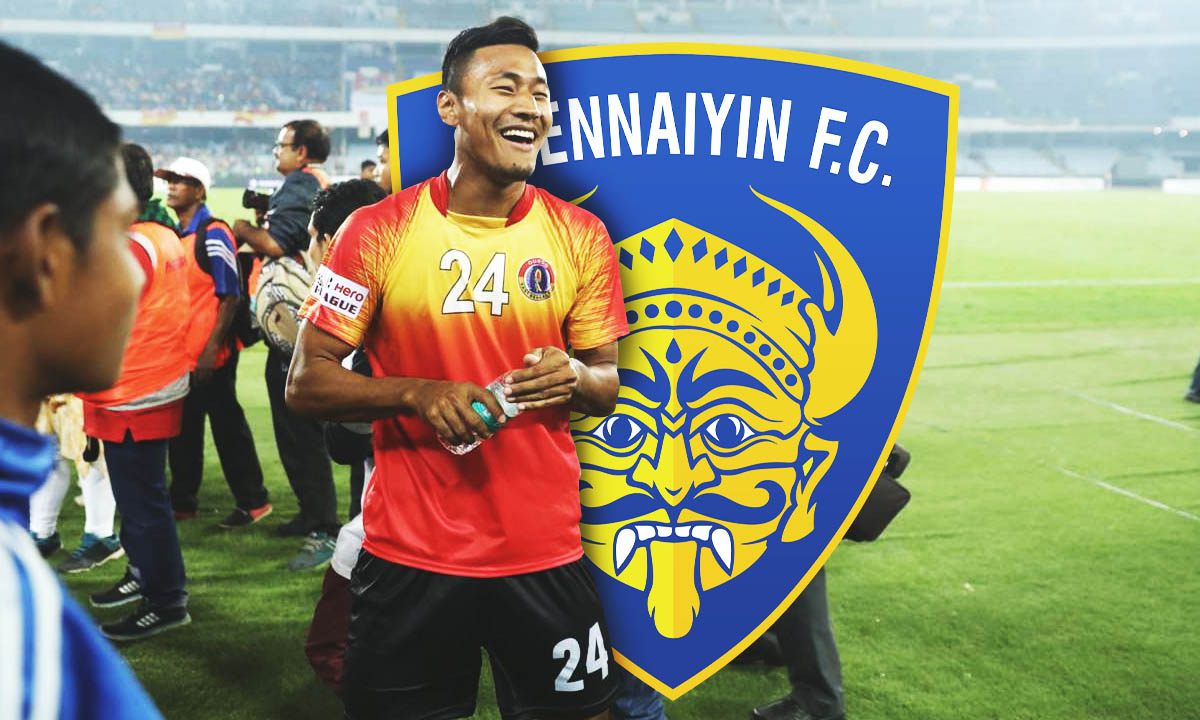 ATK Mohun Bagan defender Salam Ranjan Singh is in close contact with Chennaiyin FC as Football Monk can exclusively confirm. The 25 years old stopper currently has one more year of contract with the Kolkata Giants.

Profile at a glance

Salam Ranjan Singh is an experienced defender with years of experience in the Indian top tiers. Salam made his senior professional debut for I-League side Pune FC back in 2013. There he played for two seasons before going on a loan to Bengaluru FC. Then he joined Northeast United FC in 2016 and thus got his first exposure to Indian Super League.

After a single season with the Highlanders, Salam returned back to Bengaluru FC. In 2017, Salam moved out to join Kolkata giants East Bengal. He spent quite a successful two seasons at the Red and Golds before switching sides to ATK in 2019.

In 2020, the merger between ATK and Mohun Bagan AC happened. Although Salam was out of favour under the current coach Antonio Lopez Habas, he continued to be a part of the newly formed franchise. But things continued to be unfavourable for the promising stopper. As Salam only had five appearances in the last two seasons. Forcing him to look out for options. It seems now the stopper has got a preferred destination to reach.

Chennaiyin FC didn’t have a successful campaign last season as they finished the league 8th on the points table. A significant reason behind Chennaiyin’s failure lies in its defensive instability. They conceded a total of 23 goals in 20 league matches. An experienced yet young player like Salam can surely strengthen their backline and hence bring defensive stability for the upcoming season.

Sources close to the development confirm that the Manipuri stopper is in an advanced stage of negotiation with Chennaiyin. As he eyes to make a move out of Bagan this summer. Looking at the current situation, Football Monk understands Chennaiyin is close to penning in the defender. The move will involve a mutual transfer with ATK Mohun Bagan ready to release Salam. Ranjan has been out of favour at ATKMB for a couple of seasons. Having many years left in his career, Salam is looking forward to a turnaround of his career. Hence the move to Chennaiyin FC might just be the ideal stage for that.