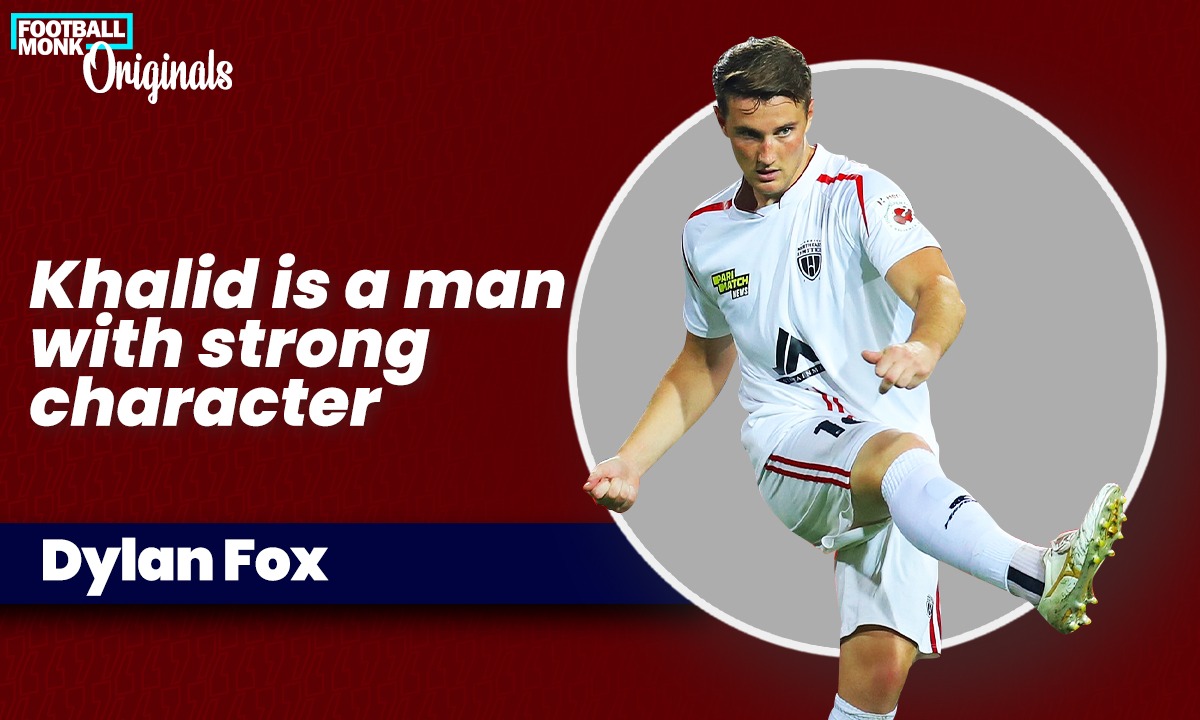 NorthEast United FC sent a statement to the rest of the Indian Super League last season. After qualifying from a position where it seemed all over. With 11 points from 11 matches to end the season with 33 points from 20 matches, the Highlanders went through a complete redemption. It was Dylan Fox who helped the Highlanders keep a rigid defensive shape.

Football Monk caught up in an exclusive chat with the 26 years old Aussie defender who made a move from A-league last season. Fox shared his thoughts from his debut ISL season, his time under Khalid Jamil and more.

Asked about what NEUFC did to turn around things Dylan Fox said, “When Deshorn (Brown) came in and scored a few goals our team spirit was kind of lifted. We started getting a few wins and we turned into a team tough to beat.”

He went on to highlight the team spirit as he said, “the bond shared by the boys helped our gameplay.” He thinks, “This is the best season NEUFC ever had. And our numbers at the top of the table depict the initiation we took for this achievement.”

NorthEast United became the first Indian team to make it to the playoffs under an Indian head coach. Sharing his take on it the Aussie defender said, “Khalid came in a tough time and did a great job with the team. He is a real motivator and a man with strong character.” Fox seemed quite satisfied and said, “It feels really great when you see an Indian coach leading an ISL side to the playoffs. I just hope we can do it again next season as it’s a statement every Indian coach should try to make.”

Speaking on his experience under Khalid, Fox highlighted his qualities as he came up with all praise for the 44 years old. “Khalid communicates really well and he keeps faith in his players every day. This helped me to give him everything on the pitch I had.” He further said, “I am grateful that he trusted me in leading the backline in crucial matches.”

It was mid-way in the season when the Highlanders made a change on the sidelines bringing in Khalid Jamil as their new man in the helm. Quizzed about the transition Dylan Fox said, “I think we switched to a bit more of a free-flowing attack under Khalid. You see when Deshorn came in we made one of two changes and things started to click in our way.” The Aussie believes, “In a couple of games where we drew or lost, we just lacked the final spark. These changes added that spark to our lineup.”

NorthEast United FC this time displayed a rigid backline for most of the season. With the season’s progress, they turned out to be a side tough to overcome. Sharing insights into this philosophy he said, “That’s something that Gerard put in place from the very start of the season. We wanted to be a team hard to beat and we did that. To be honest we knew we have a strong core. Credit goes to Khassa and Apuia for doing an excellent job in the midfield.”

The defender further believes, “It’s the core middle group who helped us defend as our lives depend on them (smiles). They did a lot of dirty work in the middle to help me and the backline. This was the philosophy we stuck to before adding some free play to it in the latter part of the season.”

The youngsters played a crucial role in the Highlanders’ success this season. On quizzed about Apuia, Rochharzela and others’ performances, the defender said, “They have really impressed me. The guys here are really quick and understand the game pretty well. And I think the supply line is really nice with both the I-League and ISL progressing together.”

Summing up his first season in India, the Highlanders’ defensive stalwart said, “I enjoyed playing here in India and the connection with the fans. Wish we could have played in front of them.” He further went on to share his thoughts on the league as the Aussie seemed quite “impressed” on the Indian top tier. “The future is really bright for Indian football with a growing league by your side.”

On future in India

Quizzed about his future plans Dylan Fox said, “I enjoyed my experience in India. It’s a good growing league to play in. I see a lot of talented foreigners and quick Indian players here.” He further added, “I will see what the future holds but I would love to continue here. But my future is still undecided will see what happens,” as he signed off.