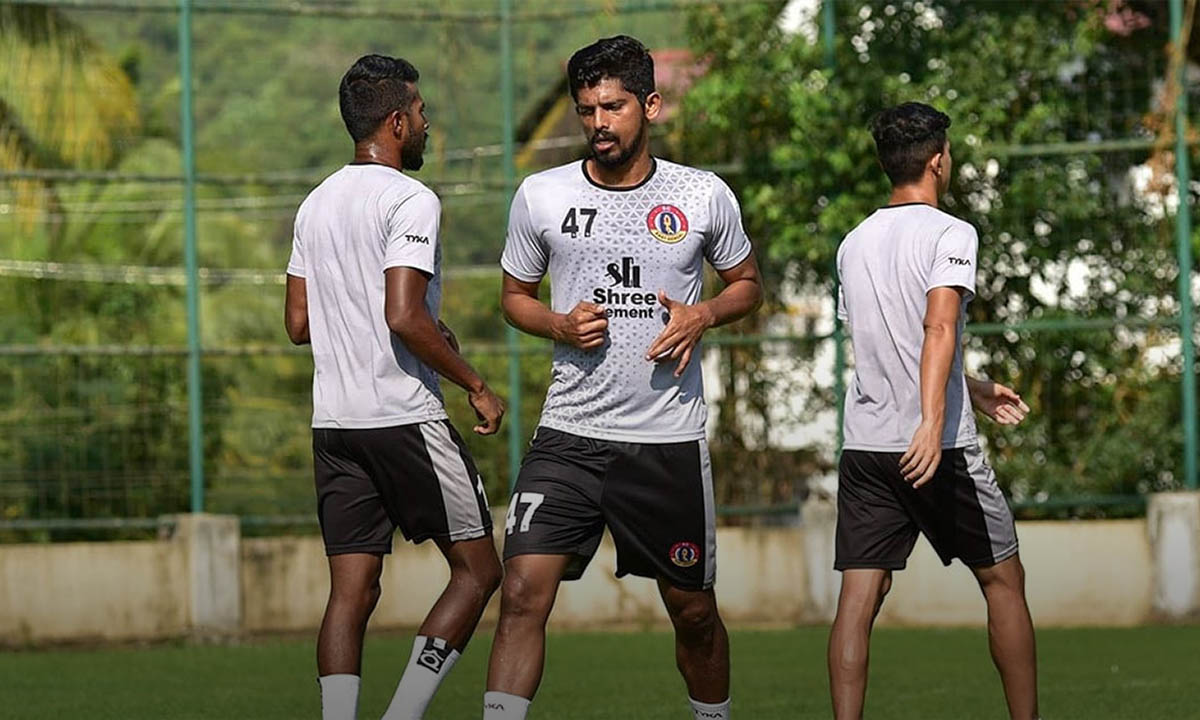 Raju Gaikwad has years of experience playing in the top division of Indian football. He started his professional career in the I-League side Pailan Arrows back in 2010-2011. Then he joined Kolkata Giants East Bengal and spent four years wearing the Gold and Red colors. By that time, he also became a part of the Indian National team.

Raju’s journey in ISL started with a loan move to Mumbai City FC in the inaugural season (2014). He spent his next two years in FC Goa before returning to Kolkata. In 2016, he joined Mohun Bagan and spent a two-year loan spell in I-League.

In 2017, Raju made a comeback to his first ISL side Mumbai City FC only to spend a year this time. In the last three years, he played year-long spells for three different ISL sides. Including Jamshedpur FC, Kerala Blasters FC, and his former club SC East Bengal.

The 30-year-old defender has 23 appearances for the national side. Though Raju has been successful in all short tenures in the several ISL sides, one can argue that his best time was at East Bengal from 2011 to 2015. Raju was a key member of that squad which went out to won the Calcutta Football League (CFL) all of those four seasons.

Sources close to the development confirmed that Gaikwad is looking for a move out of the Kolkata Giants. He has bagged offers from multiple ISL sides including Kerala Blasters and Chennaiyin FC. “Raju is in talks with Kerala and Chennai. He is yet to decide his final destination”, said the source. Looking at the recent situation Football Monk understands, Kerala is the forerunner in the deal.

Both Kerala Blasters FC and Chennaiyin FC had to pay a price for their defensive instabilities in the last season. Though the Manjappada army looked promising with the ball under their former coach Kibu Vicuna. But lack of defensive correlation held them back from achieving their goals. An experienced defender like Raju Gaikwad can solve those defensive issues dramatically. And that’s why it is no surprise that Blasters are looking forward to penning in the defender this summer.