EXCLUSIVE- Ishan Pandita: I’m sure we can pull off good result against Qatar 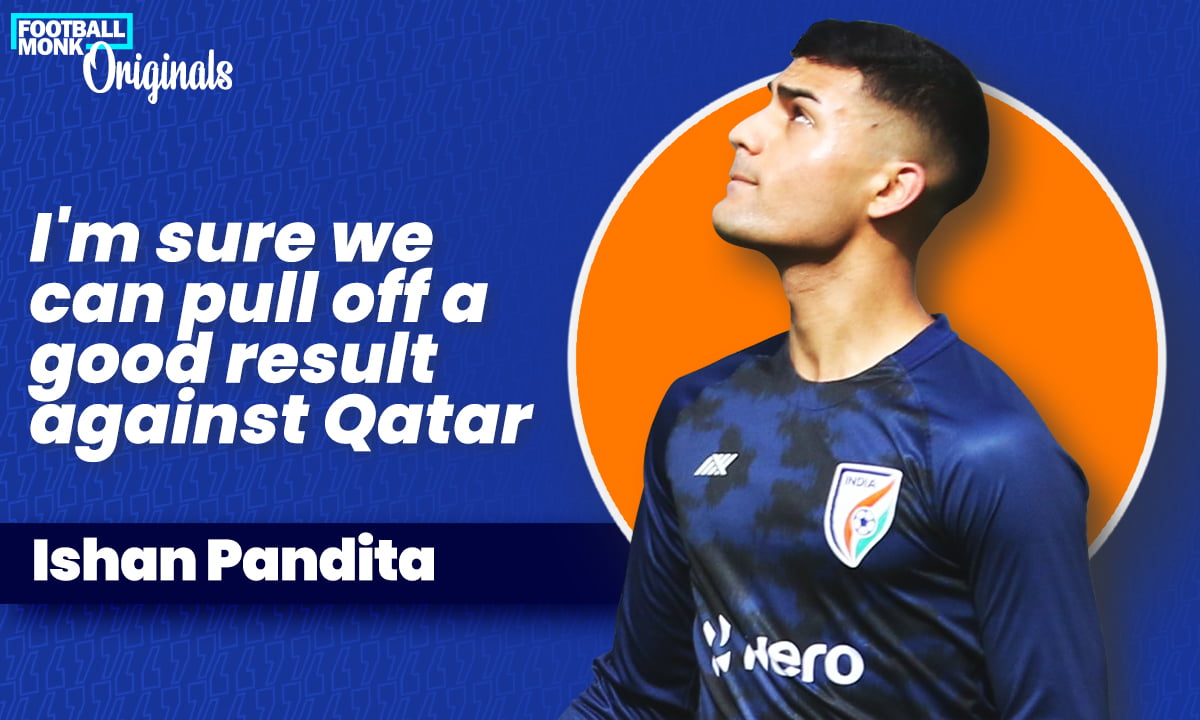 Ishan Pandita came back to his home soil with a reputation of playing football overseas and joined FC Goa. What a signing he has been for the Gaurs! Pandita fought back for FC Goa as time and again he stepped and scored late crucial goals.

In an exclusive interview with Football Monk, the 22-year-old opened up about his experience in the AFC Champions League and also about the upcoming FIFA World Cup Qualifiers.

Takeaways from the International Friendlies

Ishan was rewarded with his national team debut back in March courtesy of his heroics for FC Goa. It was his first taste of the national team game and when asked about his takeaways from the international friendlies, he said, “It was quite a learning experience. In modern-day football, a striker also needs to help his team by defending as and when required.”

“As a striker, you just can’t wait for the ball to come to you – you need to stay involved throughout. It was my taste of international football and that too against such tough oppositions like Oman and UAE,” he added.

Difference between Stimac and Ferrando’s tactics

Asked about the difference between the playing styles of Juan Ferrando and Igor Stimac, Ishan Pandita opined,  “I think it’s too early for me to compare the styles and systems of both the coaches as I haven’t spent as much time with Igor Stimac as much I have with Juan Ferrando.”

“I can say both are very good coaches and are always looking to help and develop the players. Most importantly, they are great human beings too.”

Like every other Indian professional footballer, Ishan Pandita too is a big fan of Sunil Chhetri. Unfortunately, the skipper missed out on the international friendlies when the youngster was handed his international debut.

Talking about his admiration towards the captain, the FC Goa player said, “Yes, this would be the first time sharing the field with him. Obviously, like any other young player, I’m eager to learn from Sunil. He is a great professional on and off the field. I’m sure he’ll help me develop my game — more so since we play in the same position.”

Challenge against the champions of Asia – Qatar

The Indian national team has flown down to Doha to take part in their remaining FIFA World Cup Qualifiers and their first challenge will be against Qatar.

“That is up to the coach at the end of the day. I’m sure the coach will come up with a game plan and as players, it’s our responsibility to execute them. I’m sure we can pull off a good result if we stay compact, hold our shape and convert our chances,” Ishan Pandita concluded by sharing his thoughts on how the Blue Tigers should approach the game against Qatar.