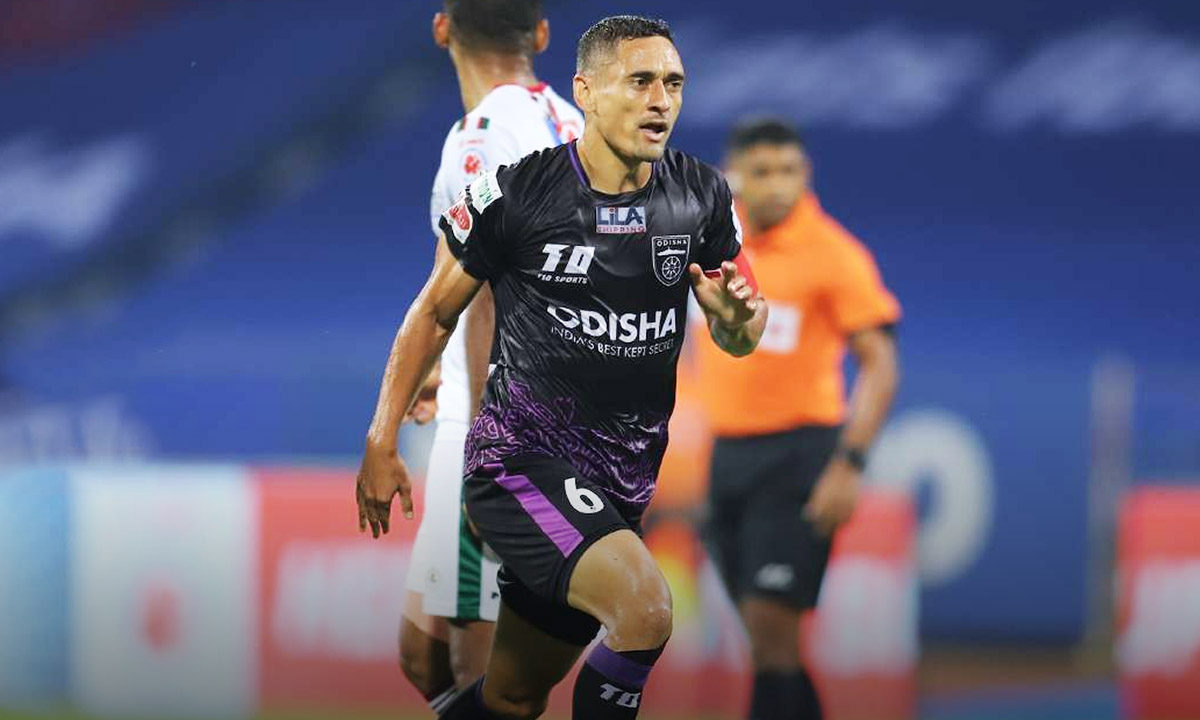 South African midfielder Cole Alexander has extended his stay with Odisha FC on a multiple-year contract, Football Monk has exclusively learnt. Cole was excellent in his first season with the Juggernauts, hence this extension doesn’t come as a big surprise to the fans.

Born in the city of Cape Town, Cole spent most of his youth days at various local clubs. His first major breakthrough came in 2008 when he joined the famous Ajax Cape Town academy. He soon got promoted to the senior team. Ajax Cape Town, now rebranded as the Cape Town Spurs, is one of the most successful clubs in the nation. Cole spent 6 years at the club, with two loan spells in between. He made 43 appearances for the Reds and whites, however, failed to score any goals.

The following season he joined Polokwane City and appeared for 52 games in the national league. He scored four goals in 2 seasons with the club. Cole also earned his national team cap while playing for Polokwane. He started against Swaziland in a 3-1 victory in his national team debut.

Following his time at Polokwane, he joined SuperSport United. He made only nine appearances for the club, scoring twice. After spending two years at SuperSport, he signed for Bidvest Bits, a notable club in the country. He appeared 57 times for the Bits, scoring 4 goals. At Bidvest, he was teammates with 2016 ISL Winner Sameehg Doutie.

On 10th October 2020, Odisha FC announced the arrival of Cole Alexander. He was a promising signing for the Juggernauts going into their second season in the ISL. Cole joined the team and left an instant impact. He went on to become their most important man in the midfield.

Cole made 15 appearances for Odisha FC in an erstwhile disappointing season with the team. He ramped up three goals and an assist in the process. The beating heart of the Odisha Midfield, Cole had great passing accuracy throughout the season. Thus, the decision became easier for the management to hand him an extension.

Odisha FC management was happy with Cole Alexander’s performances last season. With David Villa and Josep Gambau joining the technical committee, the 31-year-old midfielder’s performances were under scrutiny once again. Sources close to the development revealed Cole was handed a 2-year extension at the club, and he accepted the offer.

With Cole comes stability. Odisha FC will surely look to bounce back strongly next season. Hence the extension of services of Cole Alexander is a part of the bigger process.