EURO2020 Semifinal: England vs Denmark- 5 things to look out 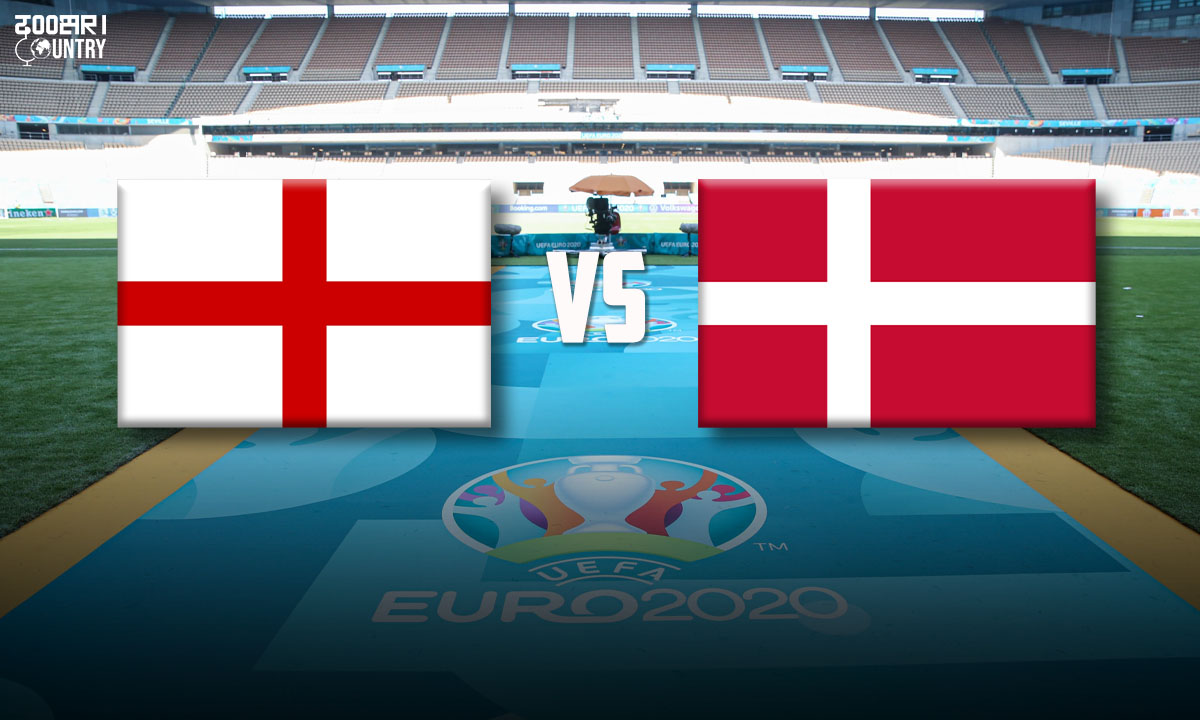 England is going to take on the ‘dark horse’ Denmark in the semi-final of EURO2020. England has a tremendous form, going into this match, whereas Denmark has caused many upsets up until now. Football Monk takes a look at the five things to look out for in this encounter.

The Three Lions have faced Denmark on 21 occasions. 12 of those, went in England’s favour. 5 matches ended in a draw and Denmark had the upper hand on 4 occasions. In fact, the first-ever encounter between these two teams ended in a 0-0 drawback on 26th September 1948.

Although the statistics are heavy in favour of the English side, they were enabled to win against Denmark on the last two occasions. Both the games were played in the UEFA Nations League in 2020. They had a 0-0 draw on the first occasion. Later on, Denmark won the second match. Christian Eriksen scored a 35th-minute penalty, thus gifting his team all the three points

Five things to look out for:

• Harry Kane and Raheem Sterling are in form of their lives, going into this match. Both have scored 3 goals each, in this year’s tournament. Hence, it will be a great challenge for the Danish defence to keep them away from the goal.

• Dolberg has also scored three goals in this tournament. One of those came in their 2-1 victory over the Czech Republic in the Quarterfinal. With creative players like Damsgaard and Delaney around him, it will be hard for England to stop them from scoring.

• England head coach Gareth Southgate has an ample number of options for the right forward position. Jadon Sancho’s inclusion in the Quarterfinal against Ukraine means that three different players have started for England in the same position in this tournament. The other two are Bukayo Saka and Phil Foden. Thus, who Southgate selects for this all-important semi-final against Denmark will be something to have an eye on.

• England are yet to concede a single goal in the entire tournament. It shows the defensive solidarity and compactness of this English team. Apart from that, Jordan Pickford is also looking impressive under the bars for England. Thus it will be interesting to see if they can continue this streak in the semi-final as well.

• England will be happy to let the Danish team have possession of the ball. England can sit back and defend very well. On the other hand, Danish players will be looking for creating attacks through ball progression. Hence it will be interesting to watch how Southgate’s lads are going to prevent this.

This is the battle of two captains. Harry Kane had a slow start to this tournament. But as the tournament went on, he picked up his form from the last season. Now, he has already scored 3 goals. It will be Danish captain Simon Kjær’s duty to prevent him from scoring.

Kasper Dolberg has an impressive run of form in this year’s Euros. He has already scored three goals in the tournament. Declan Rice players in a much more defensive role than his usual trait. He fills the gap between the two stoppers and thus forms a back three while defending. He will be facing Dolberg in those spaces and will try to keep the Danish striker away from goal.

England is going into this match as heavy favourites after the thumping victory of 4:0 over Ukraine. They are yet to concede any goals in the entirety of the tournament. But this may be a tricky case for them. If somehow Denmark manages to score an early goal, the circumstances will change. Hence all eyes will be on how this English team reacts on going behind for the first time. All in all, it will be entertaining match of football.