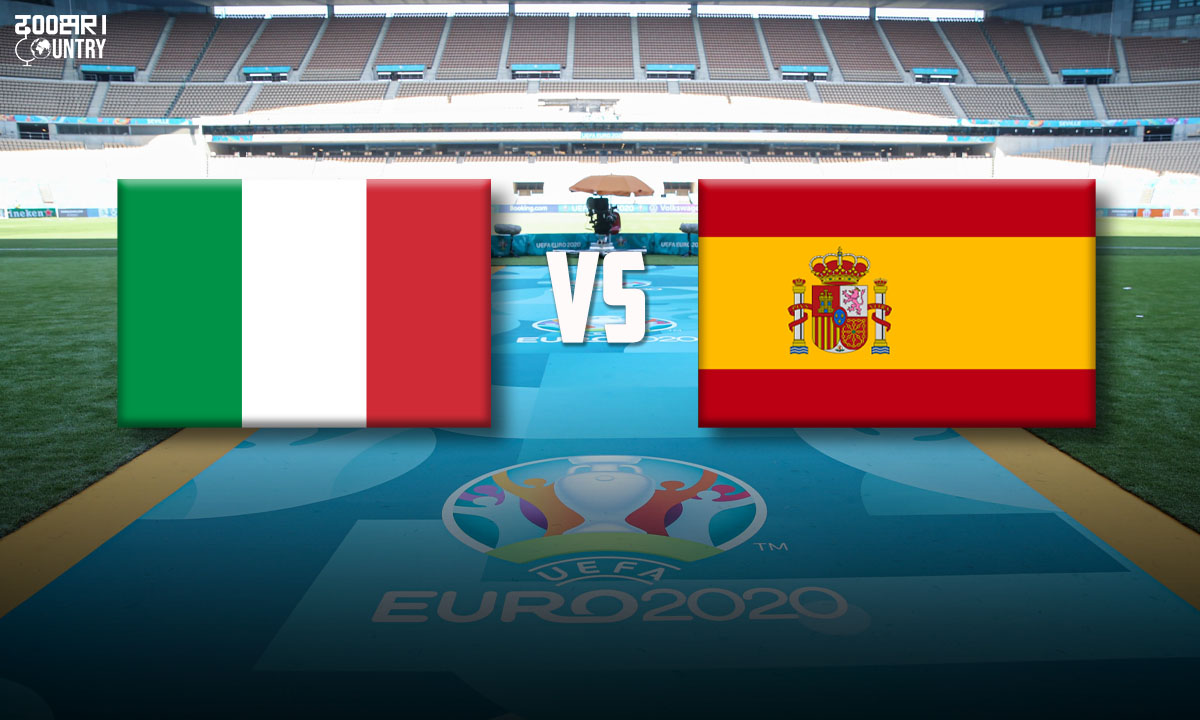 3-time European champions Spain will take on Italy in the first semifinal of the EURO 2020 at the Wembley stadium in London on Tuesday. Football Monk takes a look into the five important aspects of the game.

Spain and Italy currently sit 6th and 7th respectively in the FIFA world rankings. La Roja could only scrape past Switzerland on penalties in the quarter-finals while Italy ousted title-favourites Belgium. Spain has lost only once in their last 29 international games. Italy is on a similar run of form, going unbeaten in 32 games since a 1-0 loss to Portugal in 2018.

These two nations have met in the knockouts of major tournaments quite frequently in the past two decades. Spain got the better of Italy in Euro 2008 and in the 2012 final, while also pipping them in the Confederations Cup 2013 semis. Italy managed to get one over in Euro 2016 pre-quarter finals with goals from Chiellini and Pelle. Over the 33 games played between the two, Spain hold the edge with 12 victories. Italy has 9 wins to their name while the other 9 ended in stalemates. Both European powerhouses last faced each other 4 years ago in September 2017. Spain galloped past the Italians with a 3-0 victory.

This midfield battle will be a treat to watch between two of the best passers of the ball. Jorginho had an influential season at Chelsea, winning the UEFA Champions League. His passing has been pin-point throughout the tournament. Added on, he also provides a defensive shift to guard against swift counters. Busquets on the other hand is at the twilight of his career but has been instrumental in the Spanish cause. His intricate passing and chance creations won him 2 players of the match awards already in the Euros.

These two young talents will be once again vital to their team’s cause. Torres has been in a rich vein of form, scoring twice already in the tournament. His goalscoring exploits were on show for Manchester City last season as well. He became a vital cog of the Spanish Armada following a sublime hat-trick against Germany in 2020. Chiesa has been influential as well. Coming off the bench, he provided Italy with the breakthrough against Austria in the round of 16. Fede’s goal in last season’s Coppa Italia final won Juventus a major trophy. Overall, these two wingers will prove instrumental once again in the ongoing Euros.

Italy has been on a stupendous run of form over the last two years. The way they overcame Belgium deserves much applause. Spain has been a free-scoring side on occasions but they managed to grind their way out to the last four. It’ll be a mouth-watering tie indeed for a spot in the final at Wembley on July 11th.