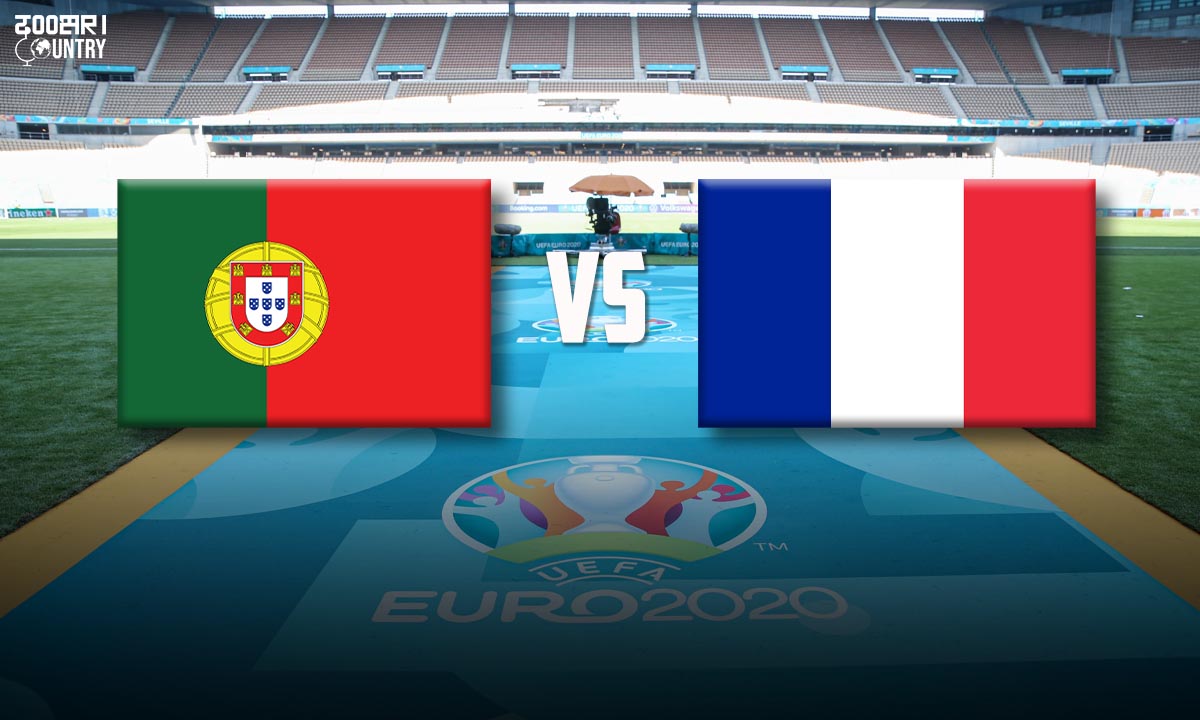 The most high-profile fixture of the Euro 2020 will unfold in the next 48 hours as reigning European Champions Portugal will host the defending World Champions France at the Puskas Arena. This promises a very highly staked fixture for both Nations.

The final fixture of the ‘Group of Death’ will be a recap of the 2016 European Championship Final. Cristiano Ronaldo’s side had the last laugh against France and conquered Europe in Paris. The World Champions became the runners up of Europe that night. This coming Thursday, Deschamp’s men will want to settle the books with Portugal.

France holds a historical advantage over Portugal. Both nations faced each other 27 times in the past. Les Blues won 19 of the 27 matches they contested. Portugal had tasted victory just once in their last 13 meetings with the World Champions which came 5 years down the lane.

The final in 2016 was the most important victory in their history as it helped them win the European Championship. Out of the remaining 12 fixtures, France has had the upper hand on 11 occasions and the other one being an alone draw.

Key battles to watchout for:

The battle between two club teammates who command things in the middle of the park for their respective national teams will be the most fascinating one to look out for. The Portuguese lynchpin has had a good start to life at the ongoing European Championship, thanks to his all-around performance for Portugal. Meanwhile, Paul Pogba too unleashed his true potential like he always does for the Les Blues. He has already dropped two great shifts for France in their previous outings.

The French wonderkind hasn’t really turned up the ante for his counterparts like he always does. But he has shown flashes of what he is all about in the ties against Germany and Hungary. His ability to destroy backlines coupled with his speed and precision is what stands out every single time he’s on the pitch.

But, to keep a check on him Portugal has Ruben Dias who came into the Euros after an extraordinary season with Manchester City. Dias is capable of stopping a world class attack despite his numbers at the Euros suggest something else.

France is clear favourites going into this blockbuster contest because they have the looked the best side in the group of death. Portugal started their campaign in style but was given a reality check by Germany. The World Champions are guaranteed a RO16 spot irrespective of all the reaming fixtures of their group. But things are not so easy for Portugal as they find themselves in the 3rd spot behind Germany. Portugal will need to go for a win because a draw will bring goal difference and other statistics into action.