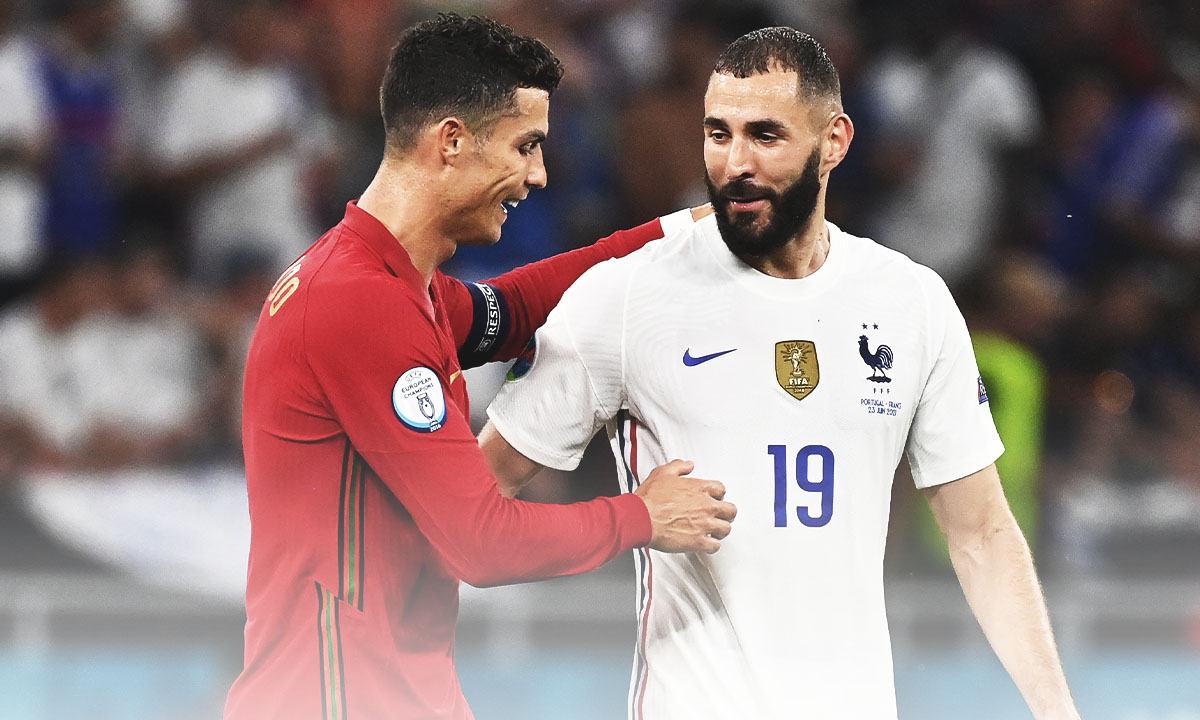 Group F of the EURO 2020 did live up to its tag of the ‘Group of Death. It had goals, drama, record-breaking moments and whatnot. Until the final minute, no one knew who would make it to the knockouts. And eventually, the three best teams made it to the RO16.

Claps and applauds for Hungary as they proved all odds wrong and gave a tough fight to their counterparts. France and Portugal play out only the second draw in their last 14 meetings.

Today, Football Monk takes a look at the 5 talking points from the clash of the titans.

The Puskas Arena witnessed an electric start which complemented the high stakes of this fixture between France and Portugal. An extraordinary fixture did live up to its reputation in the initial stages, thanks to the bits and pieces of attacking display from both ends.

Portugal’s all-time great Cristiano Ronaldo scored twice for his side against the World Champions. His 109th for Portugal saw him match the all-time record for the most number of international goals which was earlier held by Iran’s Ali Daei. Hence, Ronaldo has now also become the first player in Europe to score 21 goals at major international tournaments.

Late drama in first half:

Nelson Semedo blocked the run of Kylian Mbappe in the final minute of the first half and was penalized. Hence France got a chance to restore parity going into the break with a spot-kick and Karim Benzema made no mistake. However, France was back on level terms, thanks to Benzema’s first-ever European Championship goal.

Same story, but against a different opposition for Portugal. This was the second consecutive game where Portugal bottled their lead and found themselves trailing soon after. Karim Benzema’s golden strike resulted in France dominating the scoresheet for the first time. But, Cristiano Ronaldo had other plans. The 5 times Ballon D’or winner’s second goal made sure Portugal get some breath of fresh air.

The full-time whistle here means France, Germany and Portugal will advance to the knockout stages of the Euros. Rui Patricio denied France the winner which sealed the deal for Portugal. Cristiano Ronaldo has now added yet another prestigious feather to his hat with a record 109 international goals.