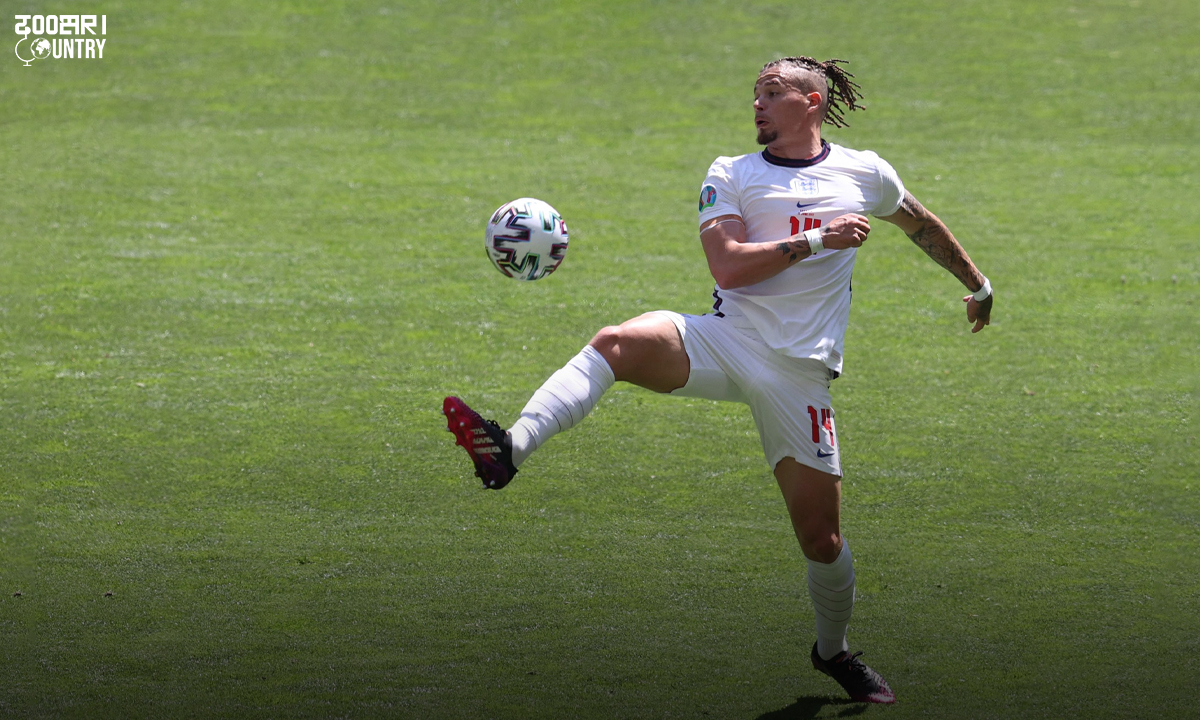 The iconic Wembley Stadium in London saw England kickstart their group stage campaign with a win over Croatia in the Euro 2020. A lone goal from Manchester City forward Raheem Sterling was the only difference between the sides. England had a lot of takeaways from their first win, but the brightest of them would be the rise of their very own Kalvin Phillips.

Kalvin Phillips has definitely come a long way from his Championship days and grown not just as an athlete, but also as a team man. His extra mature and cool-headed gameplay was up on display at the international stage against Croatia.

The Marcelo Bielsa-tuned engine showed the world something which is a normal scenario at the Elland Road for Leeds United fans. Phillips was the main man in the middle of the park for Gareth Southgate’s side as he controlled the tempo of the game for England. It seemed as if he has had a lot of caps for England from his gameplay, but it was just the ninth time he turned up to play for his national team.

Phillips didn’t play his orthodox type of game against Croatia. Instead, he displayed a more attacking genre of himself with a proactive approach. Be it sharp passing, long-ball distributions or initiating attacks with a simple pass, the midfield lynchpin exhibited all the areas of his trade against the Croats. He also stood out when it came to finding little pockets of space in the highly-rated Croatian midfield which helped them break the deadlock.

Pundits from all across the globe expected England to lose the midfield battle. The Three Lions had a comparatively inexperienced and young squad as compared to Croatia’s Luka Modric and company. But, that was where Phillips won it for England. Kalvin helped his national teammate Raheem Sterling silence all his critics following Manchester City’s defeat to Chelsea in the Champions League final. Sterling engineered the breakthrough at the Wembley for the Three Lions, thanks to a inch perfect pass from Phillips in the 57th minute.

The 25-year-old set the perfect tone for England against the side who showed them the exit door at the 2018 FIFA World Cup in Russia. Energy, quality and maturity were all up on display on a bright afternoon in London. At times, he combined well with Declan Rice and Mason Mount for breaking up play and joining in attack.

He regained possession six times for England in his own half and also completed the most number of dribbles than all of his teammates. The Leeds United star misplaced just two of his 33 passes and finished the game with an impressive passing accuracy of 93.9%, 100% long ball and through ball accuracy.

Kalvin Phillips turned up for the very first time to play a major tournament in England’s white yesterday. He was definitely not one of those first names one would expect on the team sheet, but now has some reputation for himself.