EURO 2020: Hungary vs Portugal- 5 Talking Points from the Match 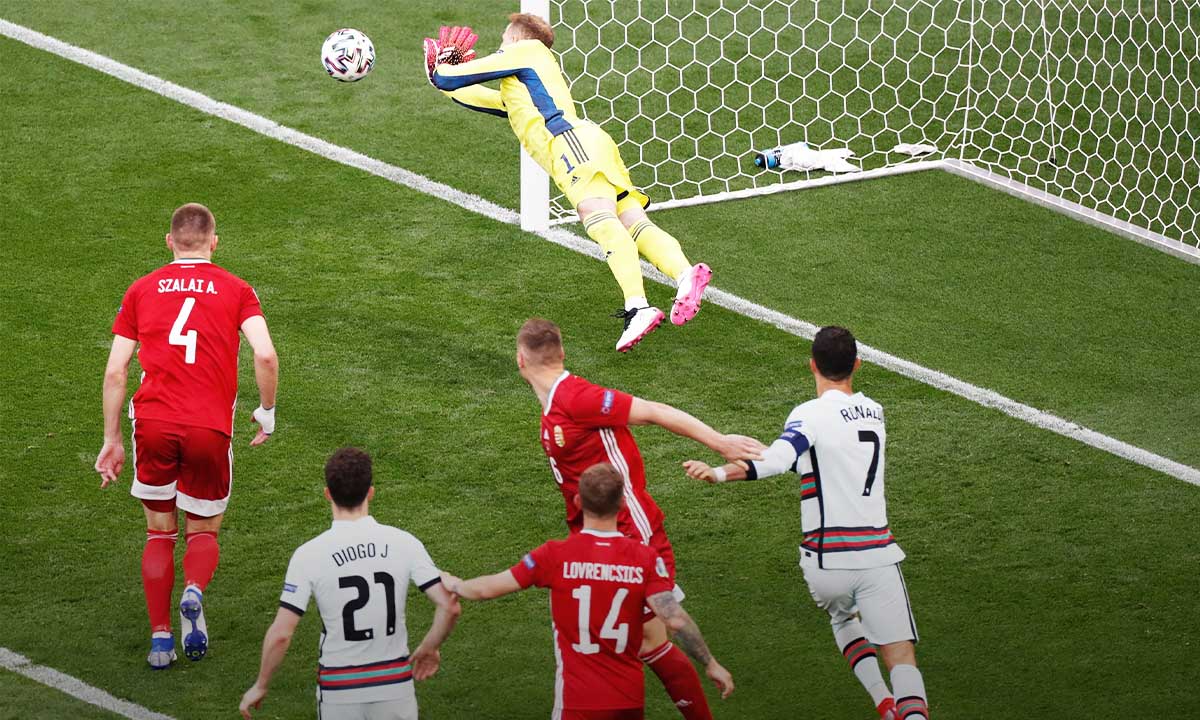 In the Group F opener of EURO 2020, Portugal gets away with three crucial points against Hungary. This win will certainly give the Portuguese team a mental edge against the group rivals France and Germany, who are going to face each other later tonight. Football Monk takes a closer look into the 5 talking points of this match.

Two late goals from Cristiano Ronaldo made him the highest ever goalscorer in the History of the European Championship. He currently has a total of 10 goals in this competition with this year’s campaign is just getting started. As the tournament goes on, we can only expect him to increase his tally even more.

Hungary was unable to create many opportunities in any half of the game as they were too busy preventing Portugal from getting into attacking positions. Although, it was Portugal’s lack of finishing quality that prevented them from getting an early lead.

Diego Jota and Bernardo Silva showcased impressive performances in particular, but none of them were clinical in front of the goal. Jota got many opportunities in the first half but couldn’t score from any of those. Even Rolando got a sitter right in front of the goal, he also was unable to finish it off. As a result, tension increased as time was running out. And in the second half, the game became much more physical between these sides.

Because of Portugal’s lack of clinical finishing and Hungary’s physical defending, the match was goalless up until the 84th minute. But at last, it only took a deflection from Orban to give Portugal the lead with Guerreiro’s low shot. Then a quick brace from the Portuguese captain sealed the victory for Portugal.

This win places Portugal at the top of the group table until France ve Germany kicks off tonight. Still, an early win and +3 goal difference will be crucial for the Portuguese team going into the other matches against France and Germany.