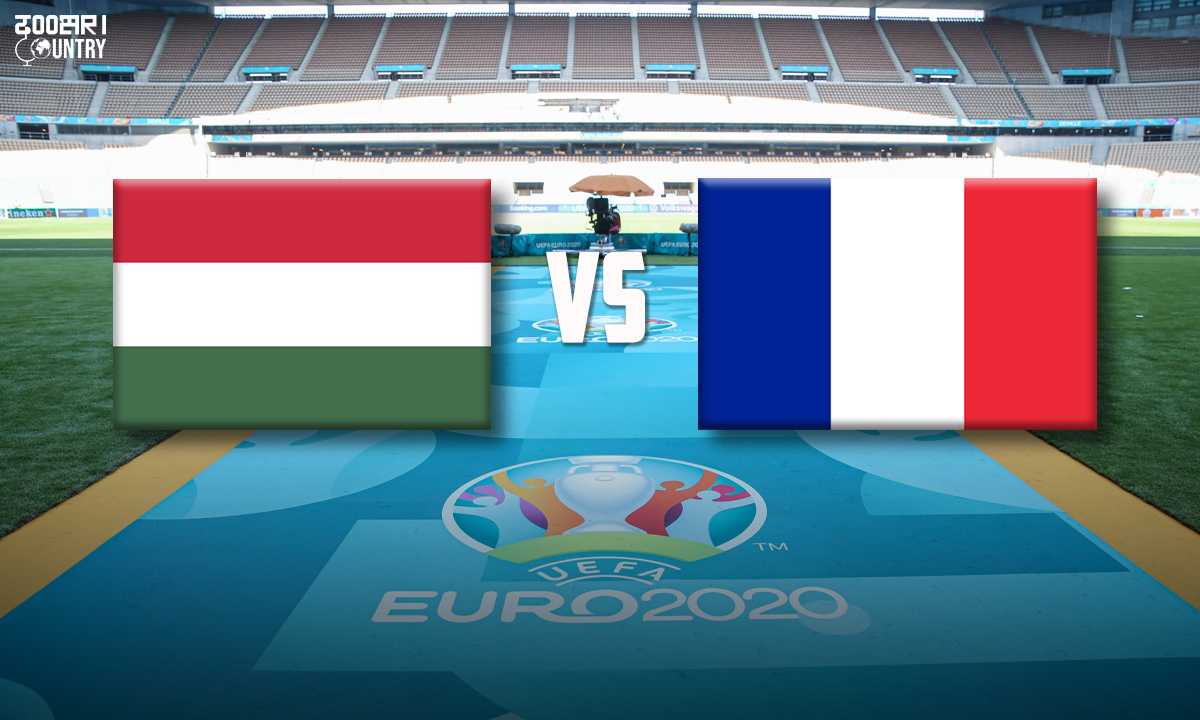 Budapest, 17 June: The 19th of June will see the EURO 2020 group of death unfold its matchday 2 at the Puskas Arena as home side Hungary will welcome World Champions France.

The World Champions come into this game after a solitary win at the Allianz Arena in Munich against 2014 World Champions Germany. But, the story was different for Hungary as they were handed a 0-3 defeat by defending champions Portugal at the same venue just a few days back.

History of the rivalry:

A new chapter will be inked in this rivalry as this will be the first time when France and Hungary will face off at the European Championship. Both sides have come across each other just twice before this meeting in a major tournament where France had the upper hand on both occasions. In the last 22 meetings between these sides, Hungary has tasted victory 12 times but the last five encounters have all ended up in France’s favor and 5 of those matches ended in a draw. The last occasion when they faced each other came more than a decade ago in 2005 where France edged past their continental neighbors in a 2-1 home victory.

Five aspects to look forward to:

France comes into this tie on the back of a 5 match winning streak in all competitions without leaking a single goal and coming Saturday they will be looking to make it six in six, something which they haven’t done since June 2016.

France has been on the winning side just once in their last eight encounters on Hungarian soil. It was back in March 1990 at Budapest’s Nepstadion where they tasted their last victory in a 1-3 win.

France has kept 5 clean sheets in 2021 and Italy has racked up more clean sheets than them in 2021 (6). If they managed a shutout on Saturday against Hungary they will equal their record of 6 clean sheets back in 2007.

The Matchday 1 of the ongoing European championship saw France accumulating just 4 shots with Finland and Turkey topping the charts with 1 and 3 shots respectively. They have the third-lowest Expected Goals (xG) which stands at just (0.28).

Key battles to watchout for:

Rolland Sallai vs Kylian Mbappe: The battle of the speedsters

Rolland Salai had a pretty good individual game against Portugal in what was his debut for Hungary in a major tournament. He finished the game with the highest SofaScore rating in his squad of 7. He won 3 ground duels and 3 aerial duels across 77 minutes and was arguably Hungary’s best player on the pitch.

Kylian Mbappe needs no introduction. He set the left wing on fire in Munich against Germany and was troubling Germany’s backline every time he had the ball. He got unlucky twice as his assist and goal were declared offside. He was on the pitch for 90 odd minutes and finished the game with an impressive passing accuracy of 85%.

Adam Nagy vs Paul Pogba: The battle of midfielders

Hungary’s Adam Naggy will be ever so motivated to give it all for his national team as he will play his 50th game for Hungary which will make him the 45th Hungarian to do so. Against Portugal, he finished the game with 34 touches, 3 successful dribbles and a pretty decent passing precision of 78.3%.

Paul Pogba won the game for France with his indivisual brilliance courtesy of his mouth watering outfoot pass. When Pogba released the ball with his outfoot, Lucas Hernandez who’s attempt was fired in by Hummels for an own goal was no where in the picture which tells us about Pogba’s indomitable vision. He had a busy day in the middle of the park for France as he recorded 78 touches, 3 successful dribbles, 6 perfect long balls and 7 defensive contributions in 90 minutes.