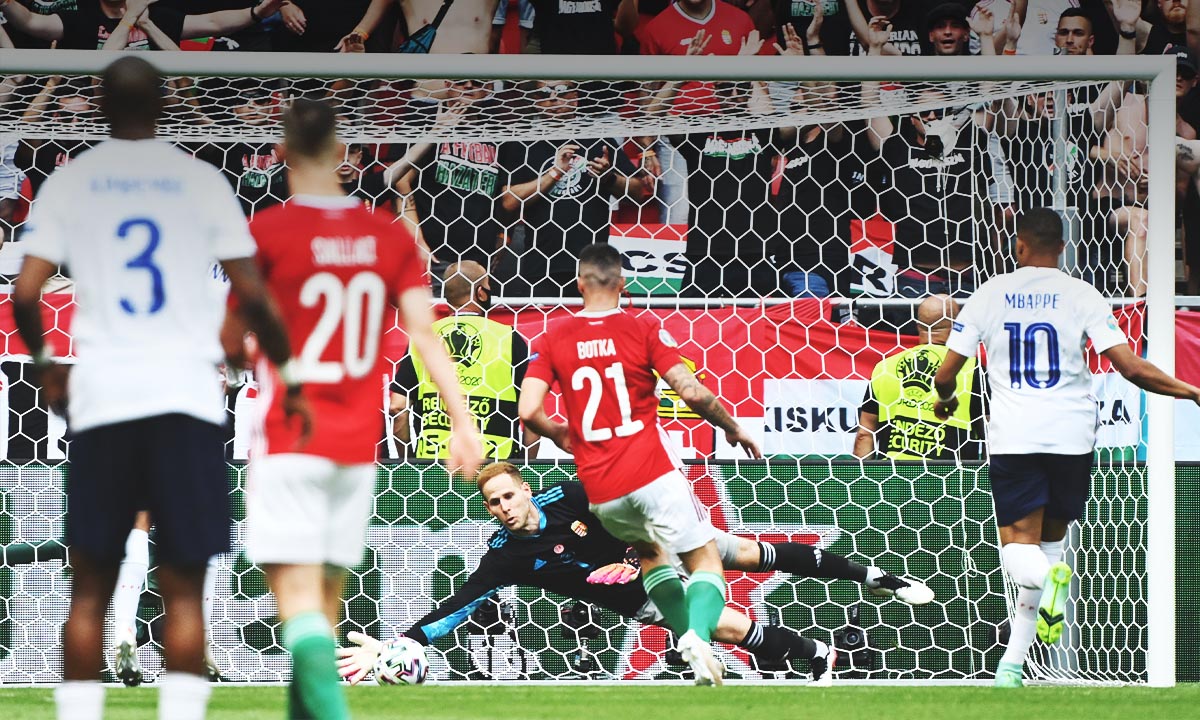 When the Group-F of EURO 2020 was announced, Hungary was the least expected to go past the other three, namely France, Portugal and Germany. Yet, the Hungarian team pulled out a surprising and well-deserved draw against the defending world champions. Football Monk takes a look at the five top talking points of the match.

Fiola’s gift to the fans

Hungary is one of the more rare countries that are currently privileged to have a game of football in the stadium filled with fans. Therefore, a sold-out crowd attended today’s match at the Puskás Aréna. Meanwhile, Hungary’s Attila Fiola gave a perfect gift for the fans as he scored the opener late into the added time of the first half. A quick one-two with Adam Szalai enabled Fiola to go forward in a solo run and finish it off in style past French captain Hugo Lloris.

Hungary making it difficult for Mbappe and Co.

A strike-line decorated with names like Karim Benzema, Antoine Griezmann and Kylian Mbappe hardly take much time before getting into the score sheet. But, Hungary’s defence has made it much harder for them to get into the six-yard box. Most of the attacks came from aerial deliveries from the side backs-Lucas Digne and Benjamin Pavard.

Bringing on Ousmane Dembele, at the beginning of the second half showed the desperation from French manager Didier Deschamps. Dembele replaced midfielder Adrien Rabiot. Hence the formation looked like a 4-2-4 with four positive attackers. The change brought an instant change in the situation as well. As a grounded cross from Mbappe met Griezmann after getting a slight deflection from Hungarian central-back Vilmos Orban.

Hungary were defending with their lives

France used all the bench strength they had. Later in the match, Deschamps brought on Tolisso, Olivier Giroud and Thomas Lemar. But, all the efforts came up short against Hungary’s sheer determination to protect a precious point. For instance, France couldn’t produce much threat inside the penalty box, even when attacking with virtually ten men. Hungarian defender Peter Gulacsi made sure that Mbappe’s close-range screamer couldn’t go past him. However, apart from that, France couldn’t produce much in the whole tie.

What this draw means?

This crucial point for Hungary will definitely boost their confidence going into the last group stage match against Germany, who are going to face Portugal later on, today. For France, it may appear to be a comfortable spot. But, their lack of goalscoring in both matches indicates that there is much to be concerned about for Didier Deschamps’ squad going forward.