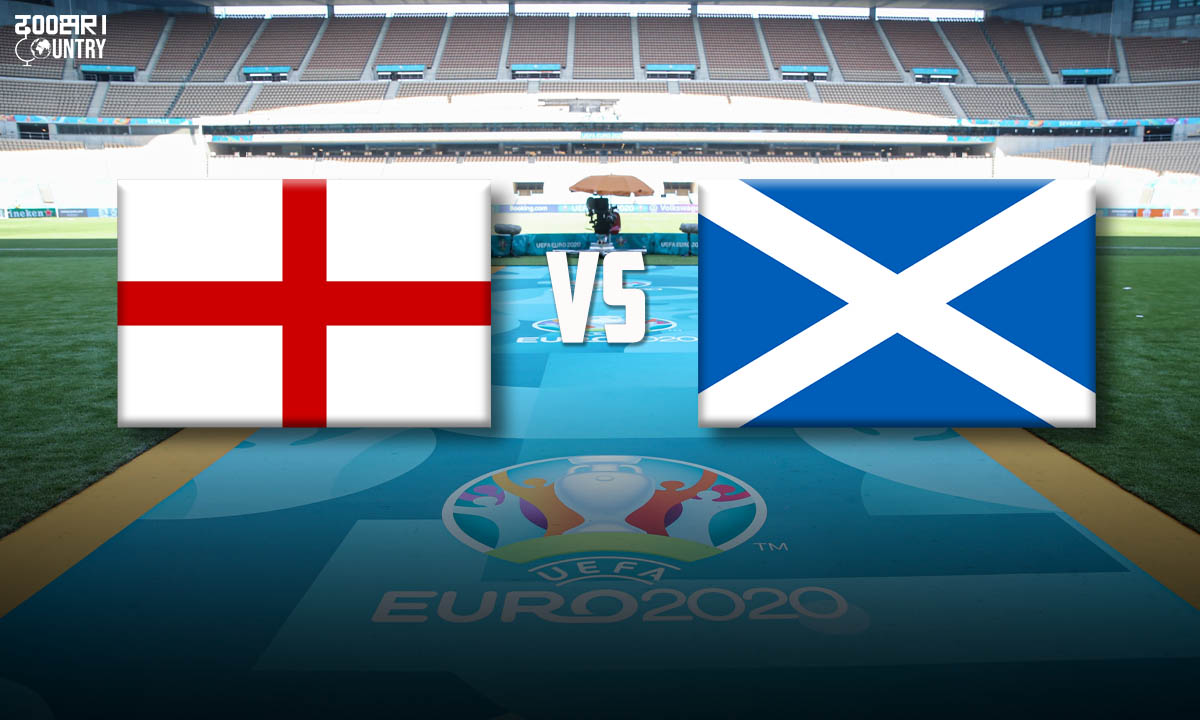 London, 16th June 2021: On Saturday, the footballing world will witness another chapter of arguably football’s oldest rivalry as England are going to take on their arch-rival Scotland in their Group D match at the historic stadium of Wembley.

England is at an advantage as they are heading into the match with a comfortable victory against the World Cup runners-up Croatia in their first match of EURO 2020. On the other hand, Scotland faced a 0-2 defeat against the Czech Republic. On this great occasion of rivalry, Football Monk takes a look at the various aspects of both of these teams.

England vs Scotland is commonly considered as the oldest ever rivalry in the history of football. It dates back to 1870s. The first ever international match between Scotland and England was played on 30th November, 1872. The friendly match ended in a goalless draw.

After that, England and Scotland have faced each other on innumerable occasions over the centuries. A total of 114 matches have been counted between these two teams. England has won 48 of these, whereas Scotland tasted victory 41 times. And on 25 occasions, matches ended in a draw.

The latest encounter between these two teams happened in the Qualifiers of the 2018 FIFA World Cup. Late goals from English captain Harry Kane and Scotland’s Leigh Griffiths sealed a 2-2 draw between these two nations.

• England has a hugely talented squad with the right mix of experience and youth. England’s bench strength is probably second to none in this whole tournament. And with Gareth Southgate’s new style of attacking football, England is going into this game as the favorites.

• Scotland’s main attacking threat comes from their left-hand side. Andy Robertson and Kieran Tierney are two of the most capable players in their defending as well as ball progressing roles. England’s right-back Kyle Walker looked fumbling for an occasion or two in the match against Croatia. So it will be interesting to see if Southgate replaces him with current European champion Reece James or Spanish Champion Kieran Trippier.

• England’s midfield trio was impressive in their last match against Croatia. Declan Rice playing as no. 6, Mason Mount moving towards the wing spaces, and Kalvin Phillips playing as a box-to-box runner – this midfield trio has much to offer for England’s future success.

• Manchester United’s attacker Scott McTominay played as a rare number 10 in Scotland’s defeat against the Czech Republic. Although he was brilliant with the ball, he couldn’t find the attackers on the attacking third of the pitch. This lack of communication resulted in failure in most of Scotland’s forward runs.

• Sterling’s inclusion in the first eleven and Jadon Sancho’s exclusion from the squad raised many eyebrows. Though ultimately a close-range finish from Sterling sealed the victory for England, it was clear that he was out of form. It will be interesting to see if Gareth Southgate includes Jadon Sancho or Aston Villa captain Jack Grealish in his starting eleven against Scotland.

Key battles to look out for

Both plays as a free-flowing midfielder, although Philips has much more responsibility in order to prevent the opponent’s ball progression. McTominay can be the key to Scotland’s attacking prowess. Whoever wins this battle of midfield, will have a huge advantage going into this game.

Both have the experience of rivalry as they play for two top English sides, Manchester City and Liverpool FC (respectively). Foden looked lethal in the right-wing and almost managed to score a goal when his low curler hit the post early in the game against Croatia. Roberton will have a huge responsibility not only to stop Foden from getting forward but also to get forward himself. Because Scotland’s ball progression in the left flank is much relayed upon Robertson.