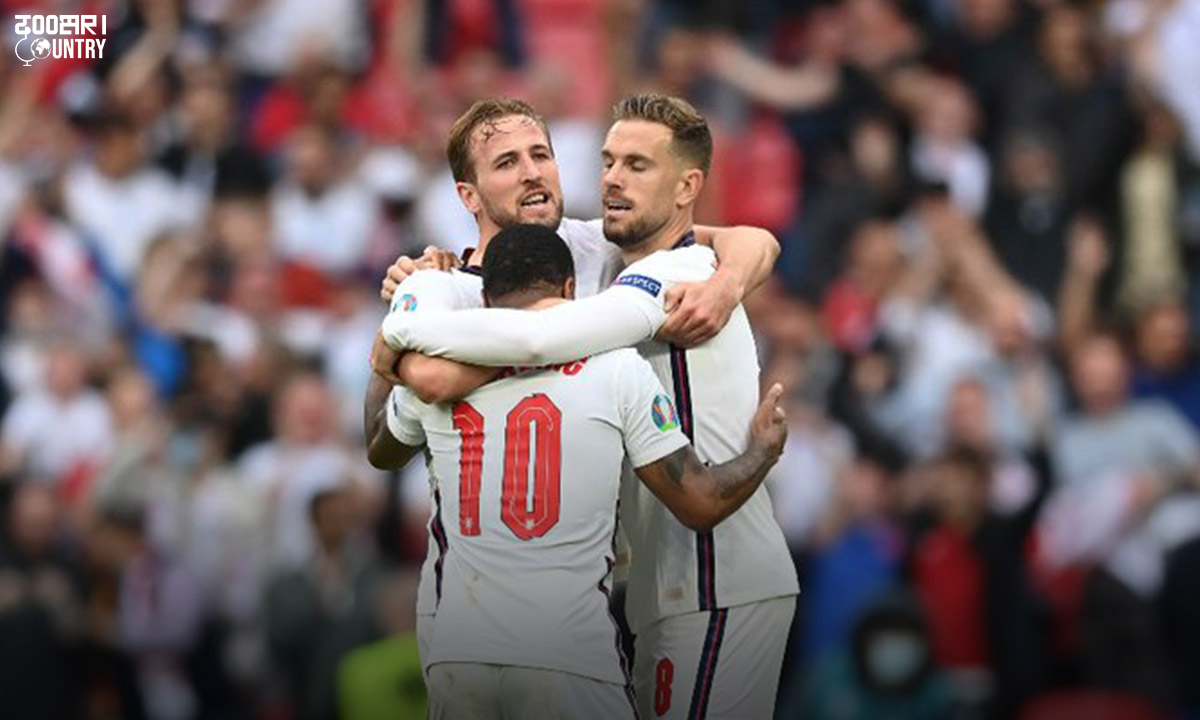 In the round of 16 encounters of UEFA EURO 2020 on Tuesday, England edged past Germany. Two late goals from Raheem Sterling and captain Harry Kane sealed the quarter-final birth for England. Football Monk takes a look at the five talking points of the match.

Gareth Southgate has built quite a reputation for his conservative approach of coaching. Even the magnitude of this fixture couldn’t influence his decision-making. England lined up with a 3-4-3 formation in order to match up with the Germans. Luke Shaw and Kieran Trippier played as the two wing-backs. This adaptation suited them well, as they were able to keep the fast German attackers quiet all through the match.

It was Timo Werner’s first start in this tournament. He replaced Serge Gnabry. Joachim Low made this change to exploit the English defense during transitions. It also prevented the English backline from pressing high. This tactical reboot led to a chance for Timo Werner in the first half. Although English goalkeeper Jordon Pickford made a great save in order to prevent it.

Sterling is on the seventh heaven

Raheem Sterling yet again turns out to be the match-winner for England. In the 75th minute, Sterling generated the ball in the middle of the pitch and played it to Harry Kane at the edge of the box. Kane passed it to the right-wing. And from Luke Shaw’s cross, Sterling netted his third goal in the tournament with a clinical finish. Finally, in the 86th minute, Harry Kane’s headed finish from the Jack Grealish cross was the cherry on top of England’s successful journey so far.

An end of an era

This occasion has turned out to be, Joachim Low’s last ever match as the manager of the German national team. He announced his resignation from the job before the beginning of the tournament. An after a 15 year-long run with his country, Joachim Low retires as one of the greatest managers in German footballing history. Thomas Muller’s late miss from the one-on-one chance made sure that, the footballing great is still unable to score in the European Championship.

What this win means for England?

People may argue, if England can go all the way with this style of play, then there is nothing wrong with it. And with the conservative approach of Gareth Southgate, England has come a long way into this tournament. They will face Sweden in the Quarterfinals. That can be an easier draw in comparison with others. England will definitely fancy their chances to win that match and come back to Wembley for playing in the semis and eventually in the final of EURO 2020.