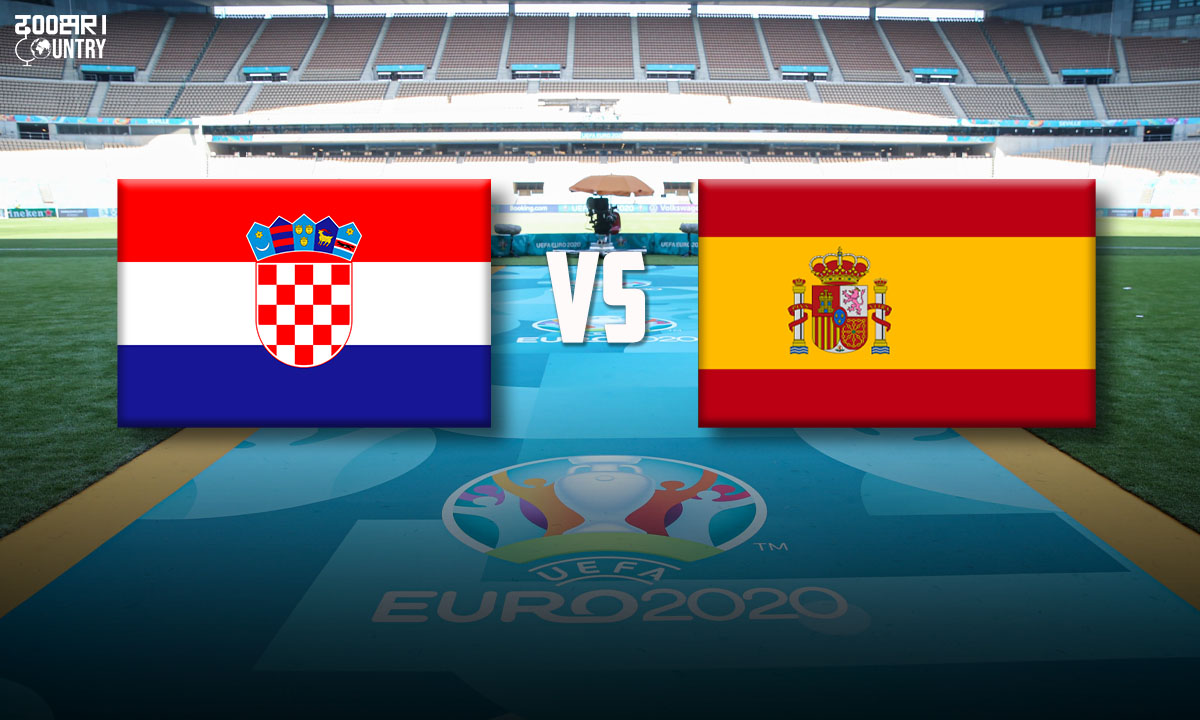 Spain faces a stern Croatian test in their Round of 16 matches at the EURO 2020. The Spanish team will ride on the confidence from their excellent 5-0 win over Slovakia ahead of the game. Croatia too will be very eager to upset the 2010 World Cup winners. Ahead of a much-anticipated kickoff, we take a look at the top five things to look out for in the match.

The two sides faced each other eight times in the past, with the first game being played on 23rd December 1994. The game ended in a 2-0 victory for the Checkered Ones. The records between the teams have been fairly even. Spain enjoys slight supremacy, winning four of the eight encounters. On the other hand, Croatia won three times, with the only draw coming at the start of the century back in the year 2000.

Both teams last met in the UEFA Nations league in 2018. Croatia won the thriller with a 3-2 scoresheet. Defender Tin Jedvaj’s brace powered the World Cup runners to a famous win. However, a few weeks ahead of that match in September, the same year, Spain ran havoc against Croatia for a thumping 6-0 victory.

Five things to watch out

Two of them form the heart of the midfield for their respective nations and also captain the teams. Both share a rivalry at the club level and knows each other’s game in details. Modric scored a stunner in Croatia’s last win over Scotland. Busquets however missed the opening game of the European Championships. As mentioned earlier, it will be a midfield battle to watch out for.

Pau has been rock solid for both his club and the country. He has been the main defensive mainstay for Spain in the tournament Perisic, on the other hand, is Croatia’s most inform forward. The Inter Milan forward even scored in their 3-1 victory in the last match. It will be an interesting battle between the forward and the defender in the upcoming match.

The game is evenly poised between both sides. Spain will be banking on their youngsters whereas Croatia rides on the performances from their heavily experienced players. Although Spain has a slight advantage on paper, conditions on the pitch might even take a turn for the Blazers. All in all, the match promises to be a thriller.