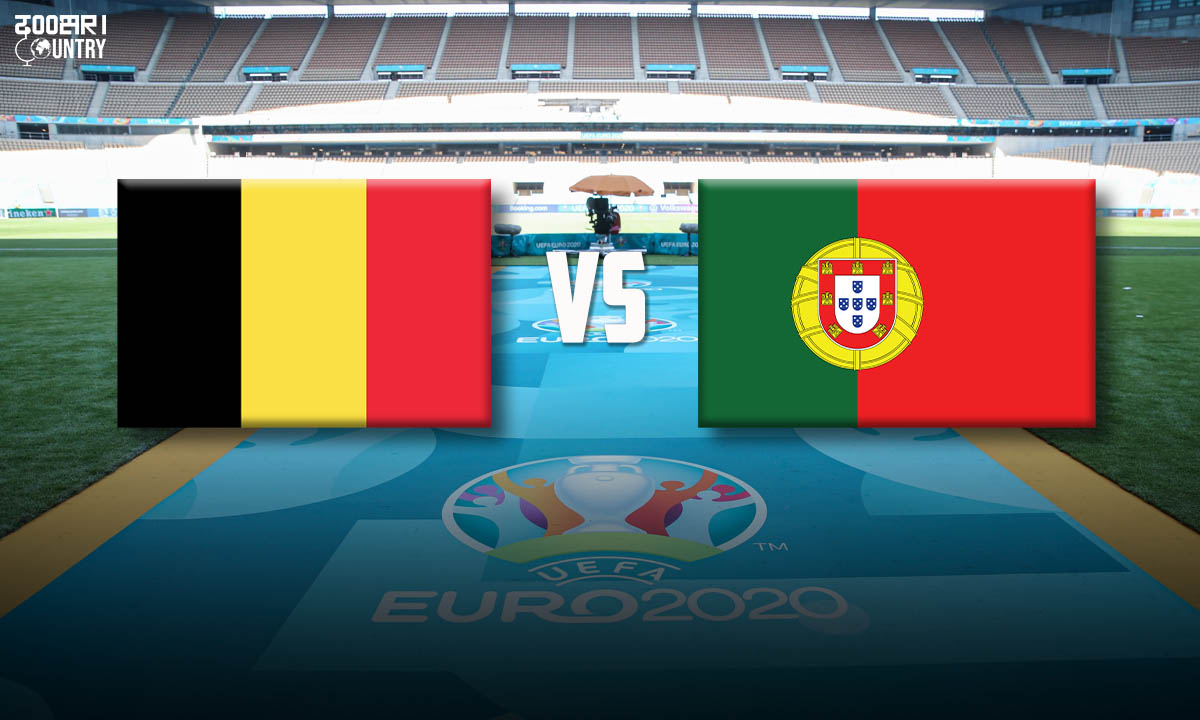 June 26, 2021, Seville: The Estadio de La Cartuja in Seville will host one of the most mouthwatering knockout clashes. As World’s number 1 ranked team Belgium find itself in the RO16 alongside defending EURO Champions Portugal.

Cristiano Ronaldo and co. come into this game after finishing third in the ‘Group of Death’. On their final matchday, they played out a 2-2 draw against Group-F leaders, France. Belgium on the other hand topped their group with 3 wins out of 3 matches. The scoreline read 0-2 in favour of Belgium on their final group stage fixture against Finland.

History of the Rivalry:

The two European powerhouses will ink down their 19th meeting come Sunday. It will also be their first meeting at a major tournament. Out of the last 18 times when they’ve come across each other, Portugal has more wins to show. Fernando Santos’ side has 6 wins while the Belgians are just one win shy with 5 wins. And 7 matches between them have ended with no victors.

Facts to look forward to:

Key battles to watch out for:

The battle of two midfield magicians who represent two different sides of Manchester in the domestic campaign will be up for display. Kevin De Bruyne has been on the top of his game and is for sure Belgium’s man on a mission. Despite having just 134 minutes of football at the Euros under his belt, De Bruyne has been directly involved in three of Belgium’s seven goals. Kevin has scored once and has assisted twice for Belgium in the last two group stage matches.

Fernandes on the other hand too has been a key player for the Selecao. His stats at the Euros don’t really justify what he brings to table. Bruno is a versatile midfielder and his ability to adapt to the need of the team is what stands out.

This particular battle to watch out for has 9 goal contributions at the ongoing European festival of football. Romeo Lukaku is Belgium’s top scorer at the Euros with 3 strikes to his name in 3 games. Lukaku finds himself in the second position in the golden boot ranking behind Ronaldo.

Words can’t be enough to personify Ronaldo. Cristiano dominates the top spot for the golden boot with 5 goals. Ronaldo is the only player in the tournament to score all three group stage fixtures. Alongside his tally of 5 goals, he even has an assist to show for his efforts.

The World Cup Bronze medalists Belgium are heavy favourites to advance to the Quarterfinals. Roberto Martinez’s side has been very consistent ever since he has taken over. But, the story with Fernando Santos’ side is completely opposite. Portugal hasn’t shown any great signs of being consistent and their slip-ups against Germany and France are a very recent set of examples. But, as mentioned earlier, you just can’t write off Cristiano Ronaldo’s army. Hence, it is definitely going to be a great spectacle for football fans across the globe.