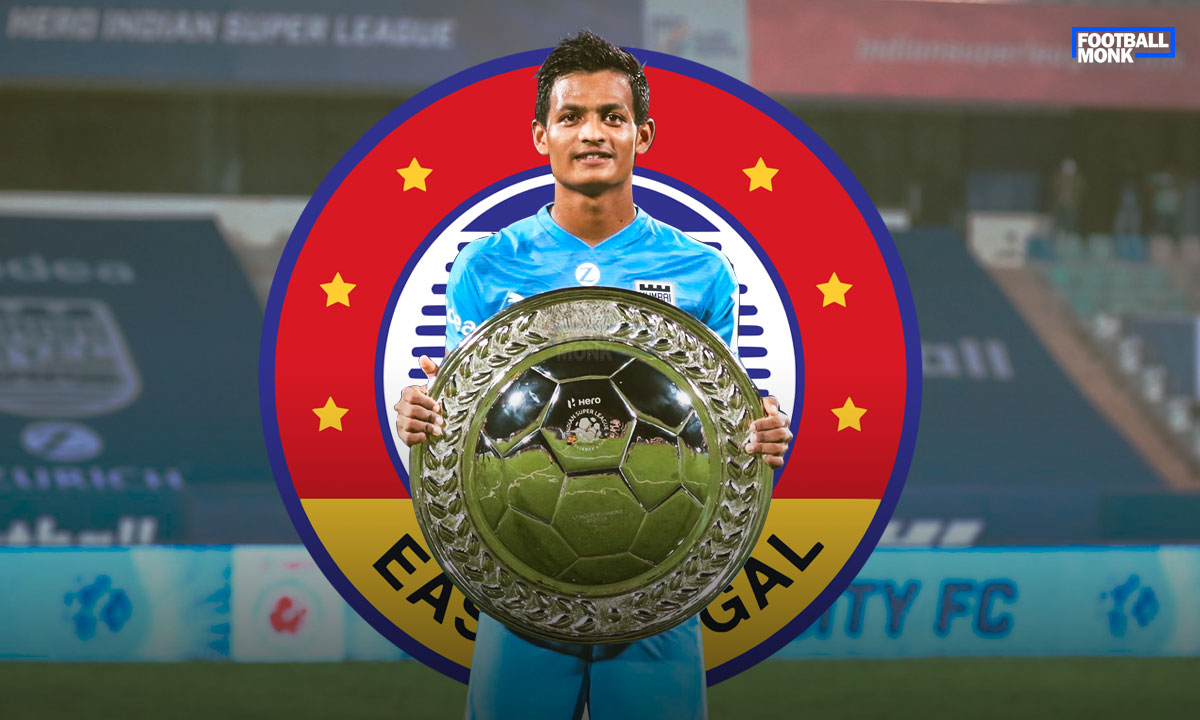 Rakip’s current contract with Mumbai City exists till 31st May and the young right-back was on East Bengal’s radar for some time.

With the end of the Shree Cement era in East Bengal, the Torch Bearers have once again started to rebuild for the upcoming season. The Red & Golds are determined to revamp their lost glory and Rakip’s transfer is a significant boost.

A source close to the development confirmed Football Monk that the young defender has penned in a two-year deal with the Red & Gold Brigade. The current contract will keep him at the club till 2024.

An AIFF Elite Academy product, Rakip was in the preliminary squad for the U-17 FIFA World Cup in 2017. However, the fullback failed to make the final cut. Soon after the World Cup, Rakip signed for Kerala Blasters. Upon signing for Blasters, Rakip was soon put into the reserve team.

After performing well with the reserve side, Rakip was finally promoted to the main team in 2018. Throughout the next two seasons, Rakip performed consistently and established himself as one of the mainstays in the Kerala backline.

Finally, Rakip signed for Mumbai City FC ahead of the 2020-21 season. Under Sergio Lobera, the right-back made nine appearances and won the domestic double.

A source keeping track of the developments also confirmed that the Red and Golds have agreed on terms with a couple of more Indian players including a U17 world cupper. After a decent first season with Mumbai, Rakip didn’t get much playtime throughout the 2021-22 season. However, the fullback will now don the Red and Gold shirt and play a crucial role for the Red & Brigade.