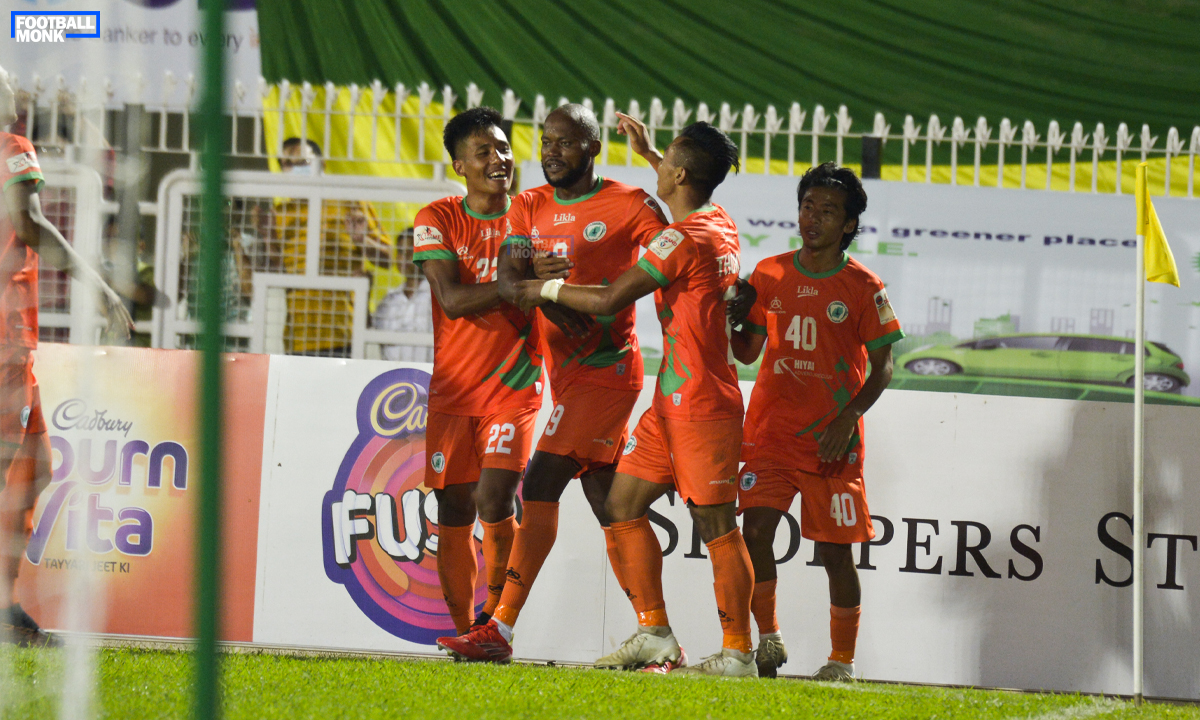 Neroca FC came away with the Imphal Derby bragging rights, posting a 3-1 victory over Tiddim Road Athletic Union (TRAU) FC at the Khuman Lampak stadium here, as the 131st IndianOil Durand Cup got off to a rousing start in the state of Manipur. Tangva Ragui put the Orange brigade ahead as early as the 16thminute, only for Komron Tursunov to equalize three minutes later.  Thomyo then headed in to put Neroca ahead again, before Nigerian John Chidi took advantage of a defensive error to score the insurance goal, in the 50th minute of the second half. This was the first game in Group C and more importantly, the first ever football match in the state of Manipur.

The 131st IndianOil Durand Cup is being supported in Manipur by the Government of Manipur and the elaborate opening ceremony organized before the historic first-ever Durand Cup game in the State was graced by Shri Rajnath Singh, Hon. Defence Minister, Government of India and Shri. N. Biren Singh, Hon. Chief Minister, Manipur, in front of a crowd of over 25,000 people.

Incidentally, the Manipur Chief Minister is also a former winner of the Durand Cup.

The ceremony also included an Armed Forces bands display as well as an energetic performance of the tournament theme song by star singers Papon and Rewben Mashangwa.

The ceremony concluded with the playing of the FIFA Theme song and the introduction of dignitaries with the players and their photos with the teams and the Durand Trophies.

Derby’s nerves were clear from end to end as well as tough football was on display right from the starting whistle with both sides not willing to give an inch. TRAU in fact had the first real chance as the Neroca defence was caught but keeper Soram Porei was more than up to the task.

Then came the goal, a good team effort by the Orange brigade involving John and a cross from Lunminlen Haokip which was brilliantly side-footed into the net by Tangva who literally bulldozed into the box.

Neroca’s joy was short-lived however as the classy Komron Tursunov got on the scoresheet, getting at the end of a cross from Khanngam.

Attacks continued from both ends with Neroca slowly getting the upper hand and they finally got their reward when Thomyo headed in from a cross by the overlapping Singson. The Orange supporters were definitely the happier going into the break and they would remain so till the end.

Any hopes of a win that TRAU would have nurtured going into the break, evaporated just five minutes into the second half and largely of their own doing. John Chidi always lurking around, intercepted a catastrophic back-pass to the keeper and calmly slotted home and Neroca were 3-1 up in the derby.

Their opponents looked a little bereft of ideas after the third goal and both teams seemed content with ball possession. The frustration of the TRAU players in particular also led to a bit of a needle on the field.

TRAU did give it their all in the last 10-mins or so to be fair but keeper Porei stood tall. The best chance they had of getting one back came in the fourth minute of added time when Arjun Singh found Komron with a brilliant cross from the right, but to everyone’s surprise, the Tajik missed a relatively easy tap-in by his standards.