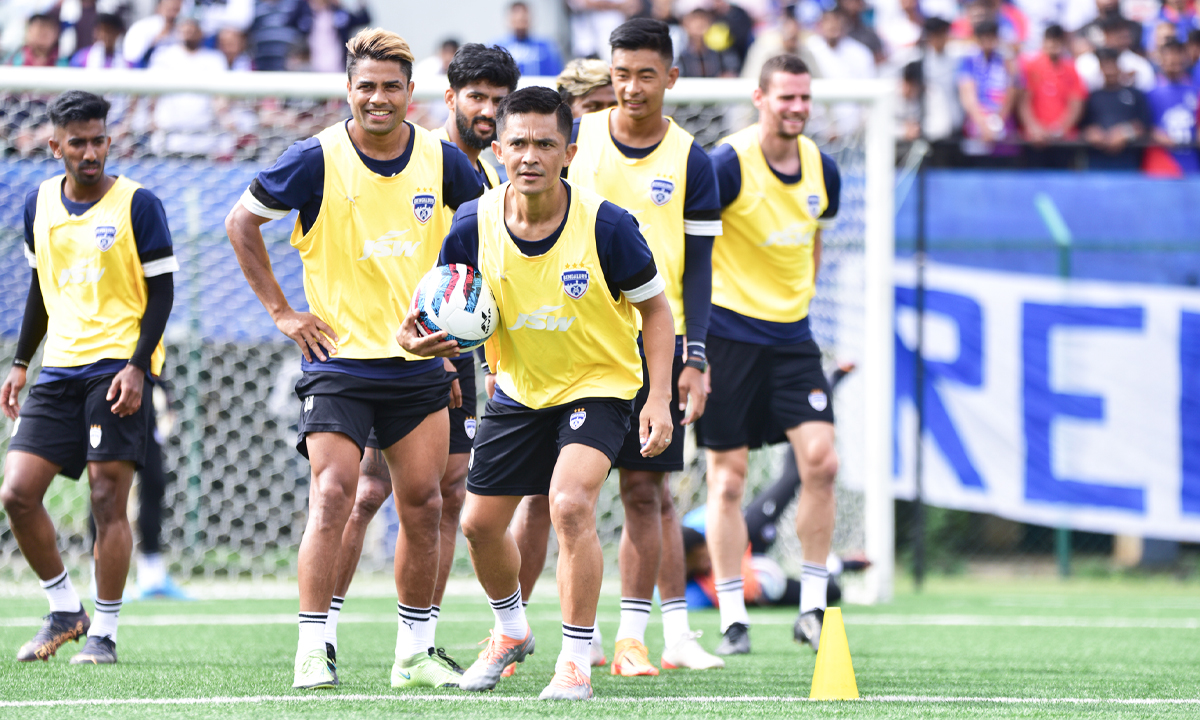 Bengaluru FC, on Monday, announced their 25-man squad for the 131st edition of the Durand Cup, set to begin with a clash against Jamshedpur FC at the Kishore Bharati Krirangan, in Kolkata, on Wednesday. Simon Grayson’s side, having wrapped up a three-week preseason camp at the Inspire Institute of Sport in Bellary, landed in the City of Joy on Sunday.

As many as eight new signings feature in the Blues’ squad for the tournament, with Roy Krishna, Prabir Das, Javi Hernandez, Sandesh Jhingan, Faisal Ali, Hira Mondal, Aleksandar Jovanovic and Amrit Gope making the list. Bengaluru went down on penalties to eventual champions FC Goa with a squad comprising youngsters and no foreigners, in their most recent appearance at the Durand Cup.

Bengaluru has been drawn alongside Jamshedpur FC, FC Goa, Indian Air Force FT and Mohammedan SC in Group A, with the top two teams from each group set to make it through to the knockout rounds.