Dheeraj: “I Have a Long Way to Go” 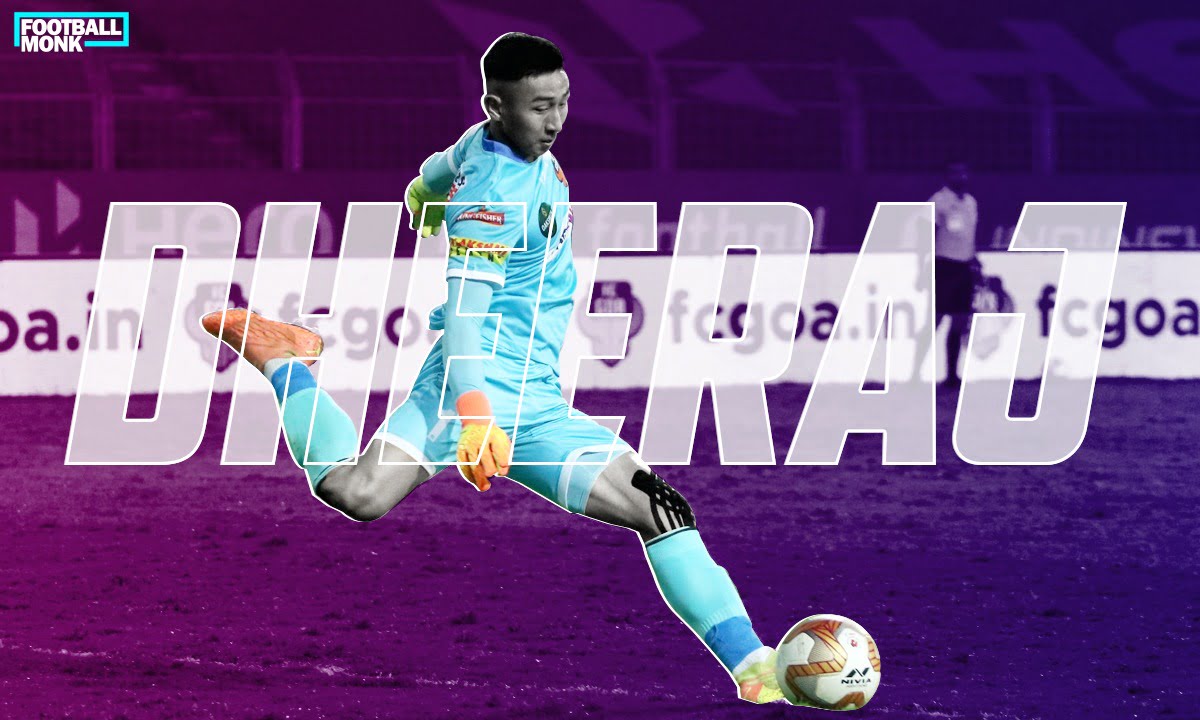 Since the 2017 FIFA U-17 World Cup in India, Dheeraj Singh has been a popular name in the Indian football circuit. In the recent interview with Indian National Football Team’s social media page, Dheeraj shared insights into his journey so far.

While asked about his rapid rise to fame, Dheeraj pointed out: “Obviously it was a good feeling. But I knew, I was starting my career. So I didn’t want to be carried away with this stuff”. He believes, “I have a very long way to go. I am very young and I take it as an appreciation for the work I have put on in the last five or more years. It’s like a motivation for me to work harder”.

Asked about his overseas ambitions the 20 years old custodian sounded quite ambitious. “It is obvious for every young Indian to have dreams of playing in the leagues abroad. But I am still young, I have a lot of time”, Dheeraj responded. He also seemed to has his own introspection, as he mentioned: “There are lots of areas where I need to improve. So first of all, I have to concentrate on doing all this works first. And if any opportunity comes, I will definitely grab it.”

Dheeraj played a crucial role in FC Goa’s first-ever AFC Champions League campaign last month. He came up with an excellent performance providing the gaurs a solid wall in the back of the defense. Sharing his experience from the continent’s top tiers, he told: “We all knew that all the teams will be very difficult and very strong. And we were aware of their performances.”

Singh believes his national team call after the ISL boosted his performance ahead of the ACL. As he mentioned, “just right after ISL, I qualified for the national team. Getting the call from the national team had a big impact on my confidence”. He further said, “the coach had our back and he always told us to go out and play our normal game. That’s what we did.”

Appreciations from the legends

During the ACL group stage matches, Dheeraj was scene appreciated by Al Wahda FC’s prestigious coach, Henk ten Cate. Speaking on this special occasion Moirangtem said, “I still remember that I was having a difficult time speaking while walking towards the bench, and he came towards me and gave me his hand. I shook hands with him. I just thanked him in a very low voice.”

It was a prestigious occasion for all parties involved with Indian football when FC Goa represented India in the AFC Champions League. Summing up Gaur’s performance in the competition Dheeraj praised the brilliant defensive resilience shown by his side. He asserted, “We came up as a very strong team. It was very difficult for any opponent to come and score against us. We were very disciplined.”

In all this recent fame, it’s hard to remember that Dheeraj is just 21 and has a lot to learn for the future. While quizzed about the demands of a modern-day keeper, he pointed out: “In Modern day, the responsibilities of the goalkeepers have increased a lot. We have to be very good with our feet as well as with our hands.” Dheeraj further highlighted, “We have to have a proper vision along with your distribution. So it’s a big challenge…I am working very hard on this. I am trying to adjust with the system” before signing off.