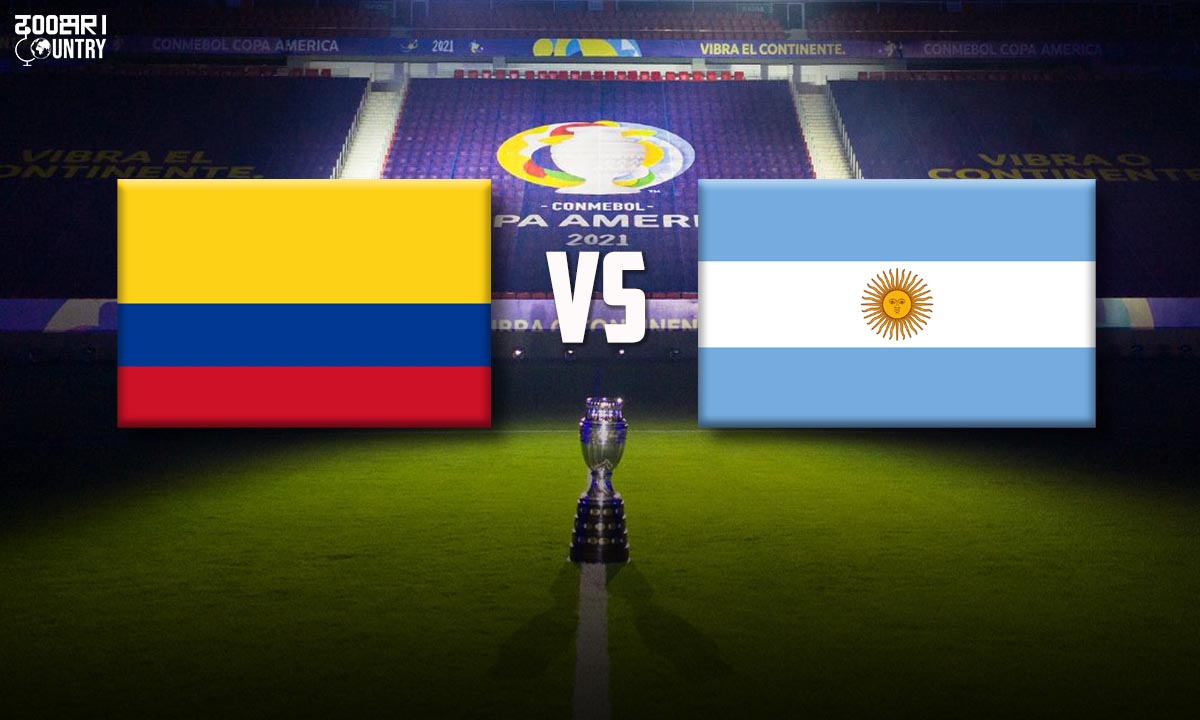 Tournament favorites Argentina are going to take on a struggling Colombian side in the semi-final of Copa America 2021. Argentina are on a dream ride in this tournament. After drawing the first match against Chile (1:1), they have won all of their last four matches, including their latest 0-4 quarter-final victory against Ecuador.

Whereas Colombia had only managed to win one match in the entire group stage, that too was against Ecuador. Colombia edged past Uruguay in a penalty shoot-out after the 90 minutes ended with a stalemate. Football Monk takes a look at the five things to look out for in this encounter.

Argentina and Colombia has faced each other 40 times in the entirety of their rivalry. The first encounter happened on 7th February 1945. Argentina won that Copa America match 9:1 against Colombia. Over the years, Argentina won on 23 occasions, whereas Colombia came out better on just 9 occasions. On the other hand, 8 matches between these two teams ended stalemate.

Although their last encounter ended in a 2-2 draw in a World Cup Qualifier match in 2021. Early goals from Cristian Romero and Leonardo Parades gave Argentina a two goals lead. But Colombia came back, thanks to Luis Muriel’s 51′ penalty and Miguel Borja’s equalizer in the 90th minute.

Five things to look out for:

• Lionel Messi has been directly involved in 8 out of 10 goals, Argentina has scored so far in this year’s Copa America. It’s no secret that he is the driving force of Argentina’s attacking threat. The first and foremost duty of the Colombian players will be to prevent Messi from getting into dangerous positions.

• Colombian forwards Luis Muriel and Duvan Zapata- both are playing well in their club career with Serie A club Atalanta. They will be looking forward to use their partnership to help Colombia create an attacking threat against Argentina.

• 23 years old Lautaro Martinez has impressed so far in Copa America 2021. He has already scored 2 goals in the tournament. Messi often get deeper into the pitch in order to create attacks from midfield. And Martinez can work as a perfect target-man for Argentina’s forward line.

• Although Colombia had a bad run of form, going into this semi-final, they didn’t allow the opponents to score many goals. In fact, they had two clean sheets thanks to their world-class goalkeeper David Ospina.

Ospina has experienced top-level football for over a decade. He is the savior for Colombia on many occasions. Although, this time he will be against one of the football’s all-time best, Lionel Messi. It will be a treat to watch these two face each other in direct combat in the upcoming encounter.

Lautaro has developed through his early ages and now has become a crucial part of Argentina’s attacking threat. While numbers of players will be busy man-marking Messi, he will have enough space to create a threat. On the other hand, Yerry Mina is an experienced defender. He has played in several big clubs like Barcelona, Everton, and Palmeiras. He will be looking forward to preventing Lautaro from getting into attacking positions.

Because of the current run of form and how Scaloni has reformed the team, Argentina are going into this game as heavy favorites. Colombia has to have their best performance in order to prevent Argentina from getting an easy way towards the final of Copa America 2021.