COPA 2021 Final: Argentina vs Brazil- 5 things to look out 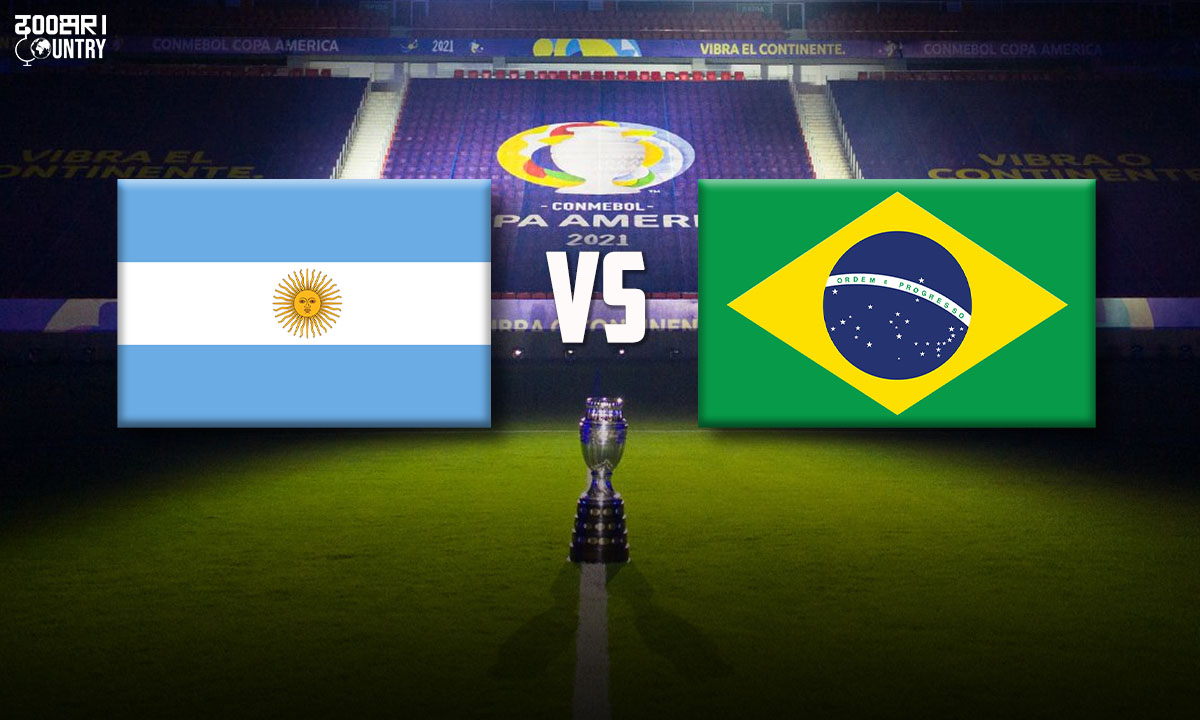 Argentina, on Sunday, is going to take on their arch-rival Brazil in the final of Copa America 2021. The world awaits the encounter as two of the greatest footballing nations face each other for the prestigious prize. Football Monk comes up with the 5 things to look out for in this final.

The history of this rivalry dates back to the early 20th century. The first match between these two teams was played on 20th September 1914. Argentina won the match 3-0. Since then, Brazil and Argentina have met each other on 111 occasions. Brazil has a slight edge with 46 wins. Whereas, Argentina won 40 matches and the rest of 25 ended in a draw. The last encounter between these two teams happened in 2019. In a friendly match arranged in Riyadh, Argentina edged past Brazil with a 1-0 victory. Lionel Messi’s early strike was the difference between the two teams.

5 Things to look out for

• Lionel Scaloni has revolutionized this Argentina team. They are looking defensively stable and promising in the attack as well. With all the young players like Lautaro Martinez, Rodrigo de Paul coming into the squad, Argentina are building a strong foundation for the final and the future tournaments.

• Brazil, under their manager Tite, has only lost one official match in five years. They have built a team that starts attacks from the back. The whole team, including world-class goalkeepers like Ederson Moraes and Alisson Becker, participate in the build-up play. That has helped them stay in the top 3 of FIFA Rankings for the last four years, consistently.

• Lionel Messi is performing greatly in this year’s Copa America. He has already scored 4 goals while providing assists for 5 others. He will obviously be the main attacking threat from Argentina. Although, his compatriots Lautaro Martinez and Angel Di Maria are can be lethal themselves.

• Brazil will miss Gabriel Jesus’s services in the final. In 2019, he was a crucial member of the Brazil team which defeated Argentina in the semifinal of Copa America. He scored one goal that night while assisting the other. Brazil went on to win that tournament.

• Argentine goalkeeper Emiliano Martínez will be full of confidence going into this match. He saved three penalties in the shoot-out of the semifinal against Colombia. Whereas, Brazilians have won all the knock-out matches within the regulation time. So, if the match goes into penalties, Argentina will definitely have a slight edge against the hosts.

Both of them are familiar with this rivalry as they play for the Spanish giants FC Barcelona and Real Madrid CF respectively. But the importance of the occasion is paramount. And both will try to do the unthinkable for their country.

Neymar Jr. is in good rhythm in this year’s tournament. He has already scored 2 goals while assisting 3 more. He will definitely be the main attacking threat from Brazil. Nicolas Otamendi on the other hand is an experienced defender. He and the whole Argentine defense line will be determined to stop the creative threat Brazil possess in the attacking third.

An end-to-end encounter is expected as both the teams are starstruck with attackers. Although, fine margins will decide the result of the match. The world awaits the encounter between the two greatest footballing countries. They are going to take on each other in the final of Copa America 2021 in the historic stadium of Estadio de Maracana.