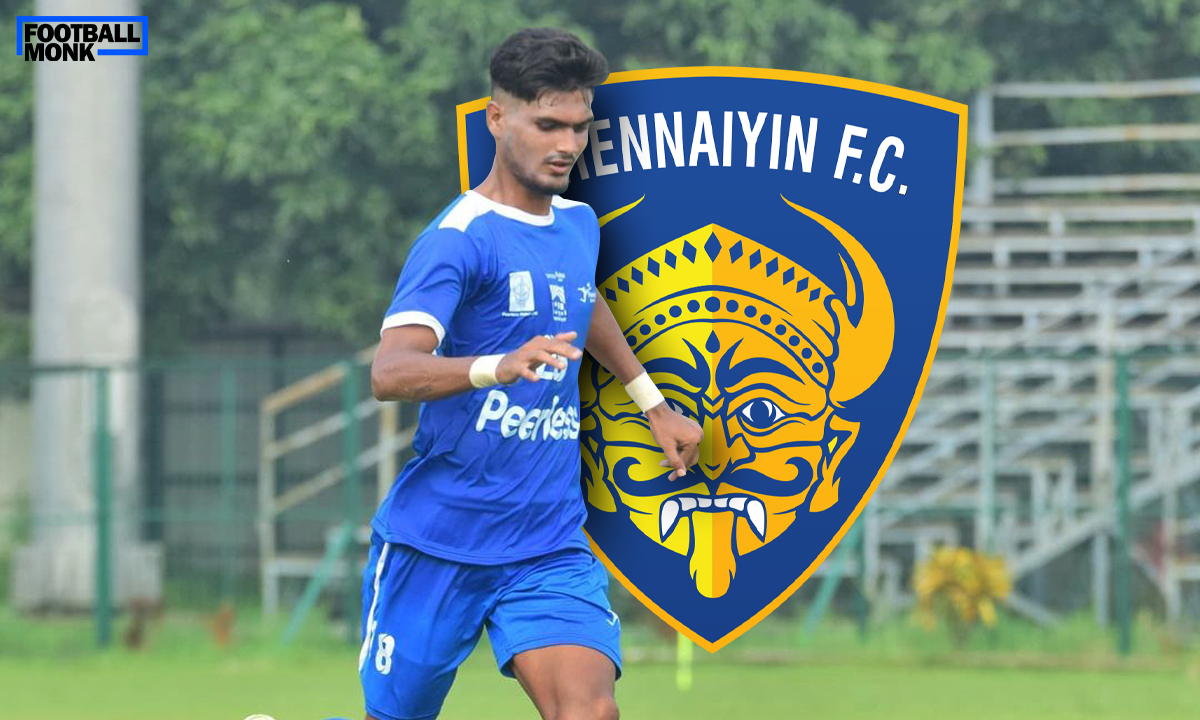 Initially, it was East Bengal leading the race for Monotosh as the left-back agreed on initial terms with the torchbearers. But it is Chennaiyin who beat the Kolkata giants with a better offer and has finally penned in the promising defender on a multi-year deal.

“Chennaiyin has completed the signing of Monotosh Chakladar. He has signed a 3-year deal with Chennaiyin FC which will keep him at the club till 2025. Initially, Monotosh decided to join East Bengal but later changed his decision upon receiving a better offer from the southern side”, a source close to the development confirmed.

Monotosh Chakladar’s footballing career began with the United SC. There in the youth academy, he was groomed as a player and then went on to represent various age-level teams of the Purples. He made his senior debut for United SC in 2016, aged 17.

Chakladar joined fellow Kolkata side Mohammedan the next season on loan from United. There, he played in the second division I-League. He made his debut for the Black and whites against Jamshedpur FC Reserves and played the full ninety minutes. Monotosh made two appearances for the club in the competition, with the other one coming against Chennaiyin Reserves. However, he was benched after the two games.

The defender returned to his parent club and joined the Kalyani-based club Pathachakra. He had an exceptional season with the club and earned widespread praises for his performances in the Calcutta Football League. Gokulam Kerala came calling and thus he joined the Malabarians on loan. He made four I-League appearances with Gokulam.

Returning to Pathachakra, he joined Kolkata-based side Peerless SC for the 2019 CFL Season. The Blues made history that season by clinching the CFL Title. Monotosh once again shined and thus was picked up by Quess East Bengal for the I-League. However, he made only one I-League appearance that season, coming as a substitute against Indian Arrows.

In the next two seasons, he played for Bhawanipore and Madan Maharaj in the I-League qualifiers, clocking a total of 900 minutes of playing time. Following the qualifiers, he returned to Bengal and captained the Bengal Santosh team. He led the team to the final of the 2022 championship and once again left a huge impression.

What Monotosh Chakladar brings to Chennaiyin

Monotosh Chakladar, in spite of his young age, boasts huge experience across various divisions and competitions in the country. Primarily a left-back, he can ply his trade in the heart of the defense as well.

Having captained a state team to the final of the Santosh Trophy, he comes with leadership experience as well. Thus, Chakladar will promise to be a good addition to the Marina Machans roster.