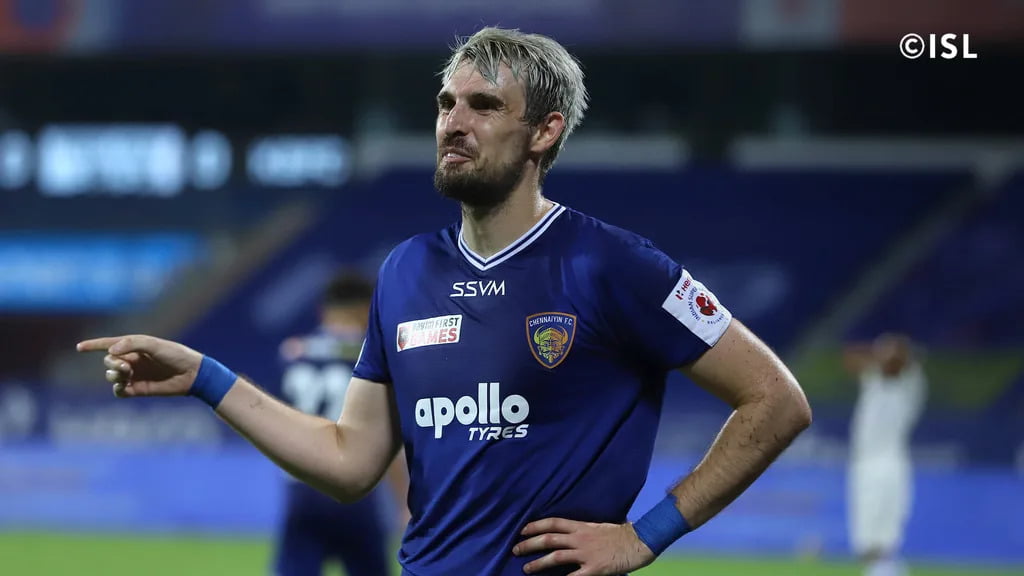 Enes Sipovic is all set to represent Chennaiyin FC in the upcoming ISL-Indian Super League season of 2021-22. Reports suggest that the Bosnian is in advanced talks with Chennaiyin over his contract extension. Although, the whole pandemic situation had an impact on this procedure.

2020-21 season of ISL simply wasn’t good enough for the Marina Machans. Chennaiyin finished the season 8th, with only three wins in the entire campaign. Going forward, they want to strengthen their defensive stability. Sipovic can play a vital role in this development.

30 years old, Sipovic has previously represented the U-21 team of Bosnia and Herzegovina. Later on, he went through the youth ranks of FK Željeznicar in Sarajevo. During his academy days (2006-2009) in FK Željezničar, Sipovic was an academy junior to Bosnian International Edin Džeko.

Sipovic had 18 appearances for the Southern Club, in the last season of ISL. Though, his stats speaks for themselves. Enes had 20 interceptions and 79 clearances. Apart from that, his 6ft 5″ height provides lethal threat during the set pieces. Though his game can be described as aggressive, as he had received 5 yellow cards and a red card during his first season in India.

Back in 2020, at the time of his arrival, he made it clear that he is here for no-nonsense. In one of his early interviews with Goal, he shared: “But I am not coming to India as a tourist now. I am coming with an objective to help my team achieve success. I will work very hard to give the fans and the club all the joy that it deserves…And it is a tremendous honor for me to become the first player to represent Bosnia in the ISL.”

Chennaiyin had some great defenders playing for them over the years. Marco Materazzi, Bernard Mendy, Alessandro Nesta and Mikaël Silvestre-all had worn the blue shirt of Marina Machans. Going forward, all eyes will be on Sipovic, as he is going to step into the shoes of some finest of this game.