Chennaiyin FC ropes in Vincy Barretto on a multi-year deal 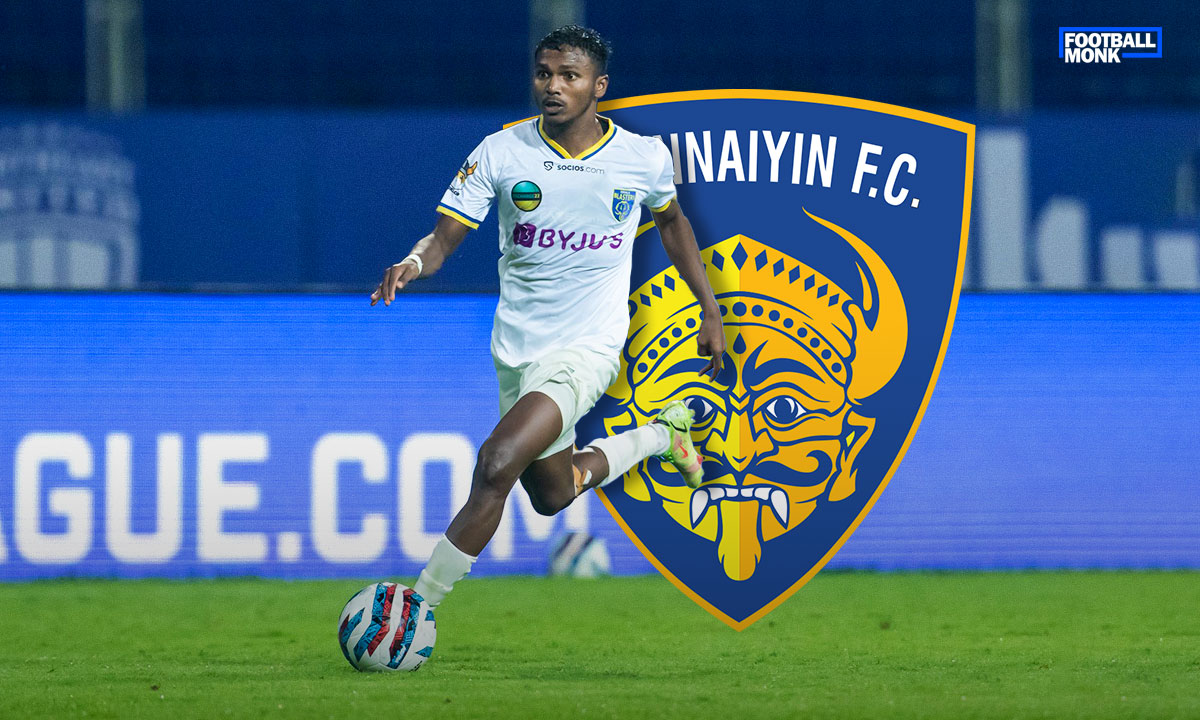 The young Goan is currently one of the most promising players in the country and the Marina Machans have sealed his signature for a multi-year deal.

Chennaiyin FC has completed the signing of Vincy Barretto from Kerala Blasters for a transfer fee of close to 30 Lakhs. The Goan attracted the Chennaiyin think tank initially during the ISL. Then his terrific stint in the RF developmental league made the former ISL champions go all out for the promising talent.

“Chennaiyin has completed the transfer of Vincy Barreto from Kerala Blasters. He has signed a 3-year contract with Chennaiyin which will keep him at the club till 2025”, a source keeping track of the development confirmed.

Vincy Barretto down the years

Vincy joined FC Goa’s development team in 2017. In his first season, he featured for the Guars five times in the second division I-League. Next year, he won the Goa Professional League with the FC Goa Dev team. Next, he played in the I-League second division but clocked considerably less playing time this time.

Vincy continued for another season in Goa. This time too, his minutes were reduced as he managed just two appearances in the second division I-League, both as second-half substitutes. Thus, at the end of the 2019-20 season, he appeared for trials with Gokulam Kerala and successfully cleared them.

Vincy Barretto joined Gokulam Kerala with high expectations of his name. He made his debut in the first match of the season against Chennai City FC. His first goal contribution came against TRAU, assisting the third goal of the match for Emil Benny. The Goan won the I-League title with Gokulam that season.

After a successful campaign, he moved to Kerala Blasters on a 3-year deal. The ISL team had to shell out an undisclosed transfer fee for his services.

Vincy made his debut for the Blasters in the Durand Cup. He represented the team 14 times in the ISL league stages, scoring twice. His first goal came against Hyderabad FC, in a losing cause. He played all three knockout games. But, his team fell just short in the final against Hyderabad FC.

The Goan was selected for the Developmental League and it is there where Vincy made a huge impact. He started in all matches and scored thrice, thus helping Kerala Blasters earn a top-2 finish.

What Vincy Barretto brings to Chennaiyin

Vincy Barreto is someone who can play at all three positions up front, especially on the right-hand side. He is a workhorse in front of the goal and is a proven threat to the opposition defense.

Chennaiyin, on the other hand, has had problems with scoring goals recently. Thus, Vincy Barretto comes in as a great addition to the team roster.

Moreover, being only 22 years old, he fits perfectly in Chennaiyin’s approach to building a young team for the future. Hence, Barretto will no doubt prove to be an excellent signing for the Marina Machans.