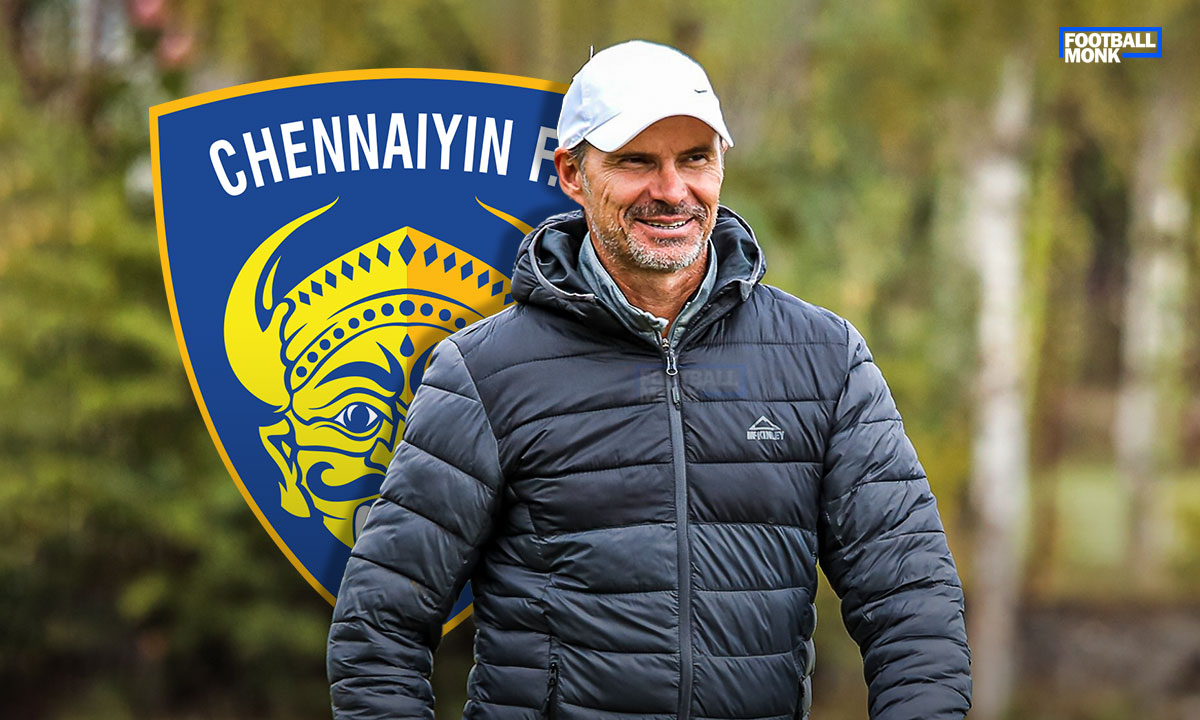 Indian Super League (ISL) side Chennaiyin FC are all set to appoint German tactician Thomas Brdaric as their new head coach, Football Monk can exclusively confirm. The 47 years old has agreed on terms with the former ISL champions and will take over as their manager ahead of the next season.

After months of speculations, Chennaiyin FC has finalized their new head coach. The Marina Machans led by Pratham Basu have already set the transfer market on fire with their back-to-back significant Indian signings. And now sources close to the development confirmed that Chennaiyin FC have found their gaffer in Thomas Brdaric.

“Chennaiyin FC has completed the signing of Thomas Brdaric as their new head coach. He will take over the head coach’s seat left void after Bozidar Bandovic’s departure last season”, a source keeping track confirmed.

Football Monk learnt that as many as fifteen managers were interviewed by the Chennaiyin think tank for the last couple of months. Managers experienced on Indian soil like Phil Brown, Jeorge Costa, Stephen Constantine were in the list. But it is Thomas Brdaric and John Carver who made it into the final shortlist.

The gaffer down the years

Thomas Brdaric used to be a forward in his playing days. The German plied his trade across major German clubs like Köln, Bayer Leverkusen and VfL Wolfsburg before retiring at Hannover 96 in 2008. The German scored over 100 club goals in his career.

His most significant moment as a player came when he walked onto the pitch in the UEFA Champions League final for Bayer Leverkusen. However, they were defeated 3-1 by Real Madrid. Brdaric also played for the National team 8 times, scoring his only goal against Iran in 2004.

Soon after retiring, Thomas joined as a coach with 1. FC Union Solingen. However, he soon got fired and joined FC Dinamo Minsk in Belarus, and thereafter FC Bunyodkor in Uzbekistan as technical directors. Following these stints, Brdaric returned to Germany and joined TSG Neustrelitz. He led them to the 2013–14 Regionalliga Nordost title, but he lost in the promotion playoff.

Following his stay at Neustrelitz, the German joined Wolfsburg as their reserve team coach. At Wolfsburg-II, he won 19 out of the 34 league games. Current Leeds United midfielder, Mateusz Klich, played under Brdaric at Wolfsburg-II and developed as a player.

Thomas Brdaric last coached KF Vllaznia Shkodër in Albania. He won the first match with the club by a massive 7-0 scoreline. He took the club to a title-winning campaign in the Albanian club, thus qualifying for the UEFA Conference League qualifiers. However, his team couldn’t pass AEL Limassol in the second round of Qualifiers for the Conference League. He left the Albanian club on 14th March, this year.

Thomas Brdaric has been a versatile man all throughout his playing and coaching career. Being a forward himself, Brdaric is quite attack-minded and that reflects in his playing tactics as well. He mostly prefers a 4-2-3-1 formation, however, he twerks this occasionally in order to surprise his opponents. More importantly every team Brdaric has been with has scored more than 2 goals per match during a season.

Youth management and development is one more thing that the tactician has proved to be his forte. He prefers to keep his squad young and thus he likes to have a lot of youngsters in his team.

Looking at Chennaiyin FC’s current recruitment strategy it is understood that the former ISL champions are also looking to develop emerging players to stars. And this makes both a perfect match for one another.

Thus Chennaiyin is expected to play a lot more attacking game this season under the German. The Marina Machans have struggled in their offensive parts of the game recently, and hence the signing makes more sense. Will it be a missing puzzle to their quest for the coveted ISL trophy? Only time can answer.