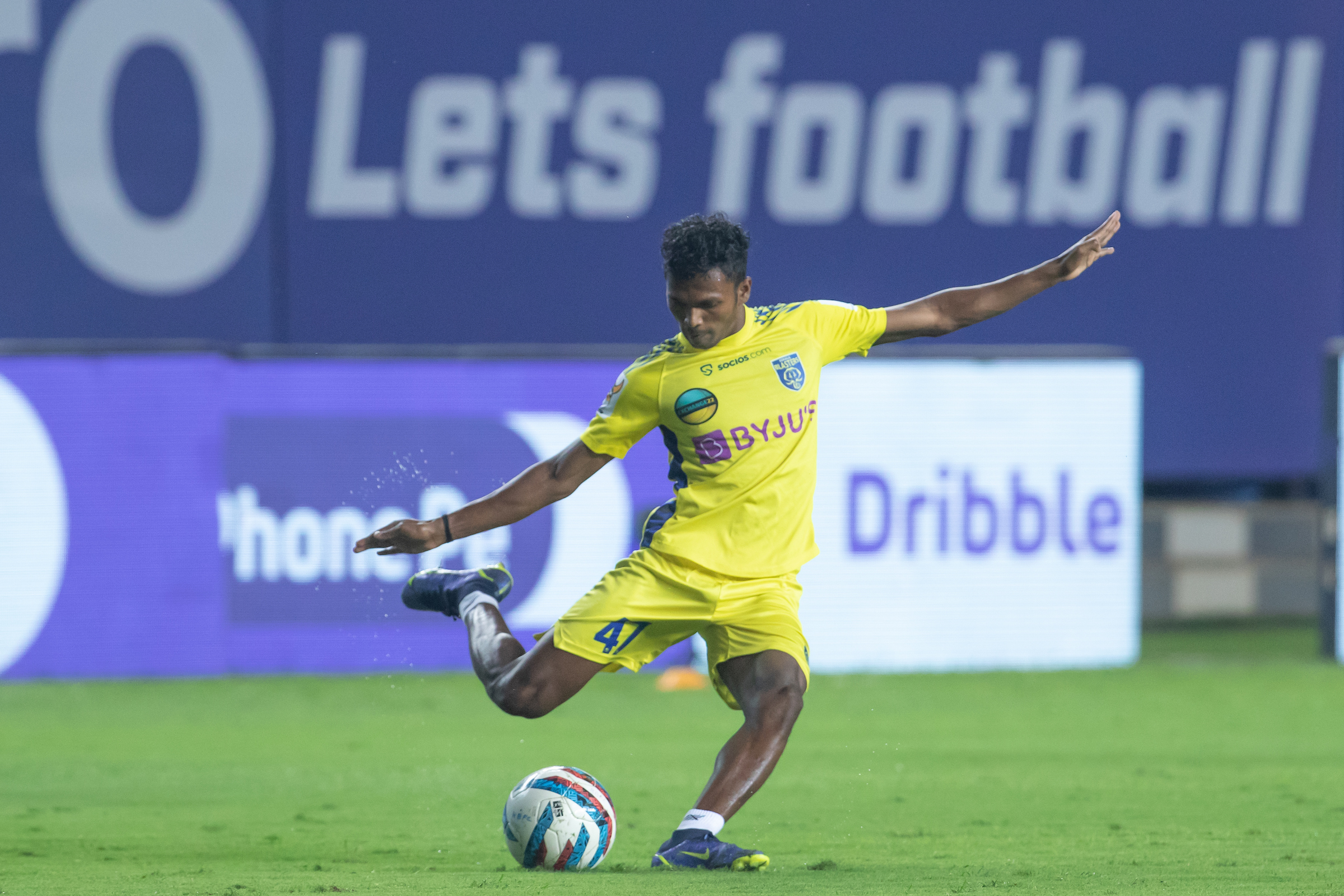 As reported by the Football Monk earlier, Chennaiyin FC have announced the signing of Vincy Barretto on a multi-year deal ahead of the 2022-23 Indian Super League.

The Goa-born footballer will join the two-time champions after a successful debut ISL campaign with Kerala Blasters last season.

Barretto contributed to Kerala Blasters’ runners-up finish with two goals from 17 matches, which also includes a left-footed screamer against Hyderabad FC from outside the box in a league game.

It is also Chennaiyin FC’s first transfer this year.

“We are happy to bring in Vincy Barretto who will add youthful energy into our attack. At the age of 22, he is already known for his capabilities. This is a very positive signing for us leading into season 9,” said Chennaiyin FC co-owner Vita Dani on the arrival of the youngster in the side.

Barretto recently had an impressive outing in the inaugural edition of the Reliance Foundation Development League, where he struck three goals from seven matches for the Blasters.

A product of Dempo SC, Barretto will add extra speed and depth in the wings for the Marina Machans. He will also provide exciting offensive punch and support to the forwardline by creating goal-scoring opportunities.

“I’m very excited to join Chennaiyin FC, a club that has already been successful in its little history. My only goal is to win more titles with the club,” expressed the 22-year-old.

After being part of the Dempo SC’s youth set-up, Barretto received his first senior contract with FC Goa’s reserve side at the age of 18. He spent three years there, winning the 2018-19 Goa Professional League and also making nine appearances in the I-League second division.

Later, he moved to an I-League club Gokulam Kerala and played a crucial role in their maiden title-winning campaign on his debut season in 2020-21. His skilled show captured the attention of Kerala Blasters last year with whom he also played the 2021 Durand Cup.

Chennaiyin FC have already signed star Indian midfielder Anirudh Thapa for a fresh two-year deal. And now with the addition of Barretto, the club will look to promote young Indian talents and build a strong squad for the upcoming ISL seasons.