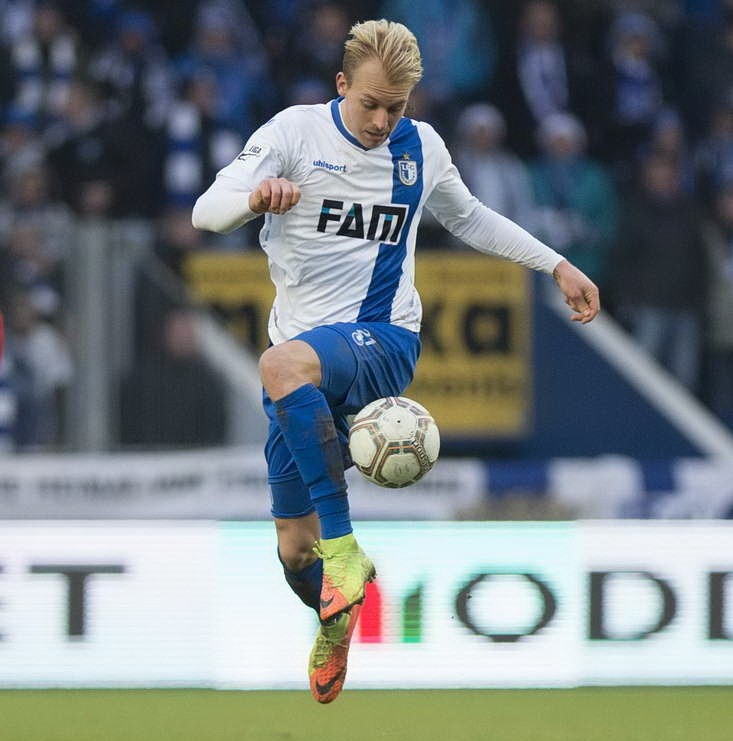 Indian Super League club Chennaiyin FC have roped in German midfielder Julius Duker to wrap up their foreign roster for the upcoming season.
The 26-year-old is Chennaiyin’s second foreign midfielder after Rafael Crivellaro, who has been part of the team since 2019.
Vafa Hakhamaneshi, Fallou Diagne, Petar Sliskovic and Kwame Karikari are the club’s other international signings this summer.

“Our final foreign signing Julius will be a great fit in this youthful and fresh-looking team we have put together. His versatility will be a good asset for the team,” said Chennaiyin FC co-owner Vita Dani.

The left-footed player has 35 goals and 23 assists to his name from 210 career appearances so far.

Chennaiyin FC will be Duker’s first club outside Germany.
Expressing excitement ahead of his maiden stint in India, Duker said, “I‘m proud to be part of this big club. First of all, I would like to thank the fans for all the messages and the warm welcome.”

He further added, “I’m just excited to finally be able to meet the team, the staff and our fans. Of course, I’m motivated to achieve the goals set by the club. I will work hard to create successful times for the club again. But first I want to get to know the team and get in shape.”

Duker will join a midfield that already consists of experienced players such as Crivellaro, Anirudh Thapa and Mohammed Rafique.

With his versatility and experience, the Braunschweig-born dynamic footballer will also offer different combinations for Chennaiyin FC.

A product of VfL Wolfsburg’s youth academy, Duker has been playing at the senior professional level since 2014 and has featured for some popular German clubs, including Eintracht Braunschweig and SV Meppen.