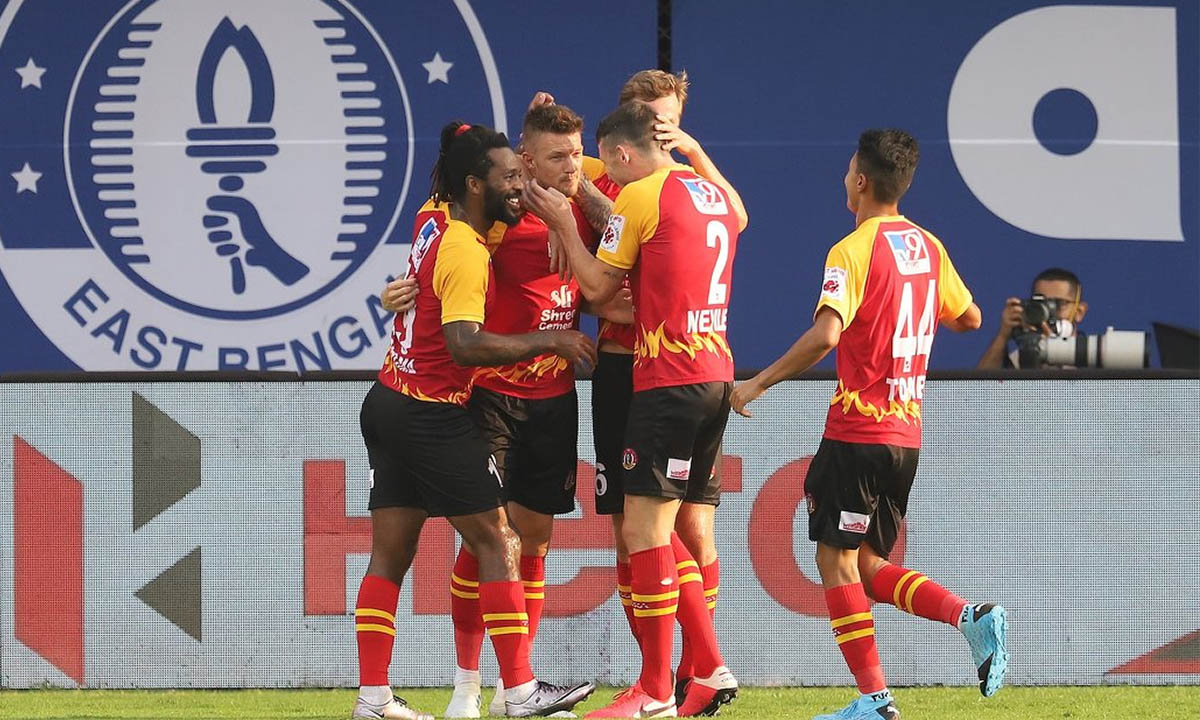 As things stand, for the first time in history, Calcutta Football League might miss the iconic Red and Yellow brigade. SC East Bengal CEO and IFA had a meeting earlier today, and sources close to the development reveal the SCEB hasn’t been able to come up with a positive response.

East Bengal is the most successful club in the history of the Calcutta Football League. The red and golds won the competition a record 39 times, the most in tournament history. The record also includes 8 back to back triumphs between 2010 and 2017. The club also holds the record for being invincible winners, i.e. winning the league without a loss. They achieved it thrice, in 1972, 1977, and 2016. Interestingly, in 1972, the red and golds maintained a clean sheet throughout the entire length of the league.

Last week IFA officials held a meeting with all the Premier Division clubs of the CFL to discuss the roadmap of the league amidst the pandemic. However, no representatives from East Bengal attended the meet. Although, the governing body of football in the state went ahead with the meeting. It is learned that IFA addressed the invitation letter to the East Bengal club secretary Kalyan Majumder, but not to SC East Bengal Foundation.

Following the absence, IFA once again sent a letter to SC East Bengal CEO Shibaji Sammadder on Sunday and directed a meeting to be held yesterday. As scheduled, both parties met on Monday to discuss their roadmap to the league. However, Football Monk has learned that SC East Bengal foundation has failed to come up with a positive response regarding their participation in the age-old tournament. As Shree Cement is in no plan to go ahead with the team-building process unless the final agreement is signed.

The feud between the club and the investors has now lasted for more than a quarter of a year. Tensions between both parties reached their peak last month when the club skipped several deadlines for the signature. The situation looked to have settled down following ISL’s intervention a few weeks earlier. However, things worsened further when FIFA handed a season-long transfer ban to EB. Thus the SCEB continues to dwell in a zone of no clarity. Resulting in SC Bengal’s complete silence in the transfer market as well.

Following the meeting with IFA, the SCEB think tank has come up with some crucial questions regarding East Bengal’s participation in the CFL. The club recently faced a transfer ban from FIFA and the restrictions aren’t lifted yet. This raises doubt on how the management will build the team, especially after numerous key players had left the club.

Another query that arises is regarding the preparations going into the league. Preseason ahead of the league is absolutely necessary as most of the players have been away from the action for more than a year. The biggest question however revolves around the government’s permit. The West Bengal government has still not provided any official green signal to go ahead with the league, even within a closed door. Thus it has been a major cause of concern for the management before they commit themselves to team building.