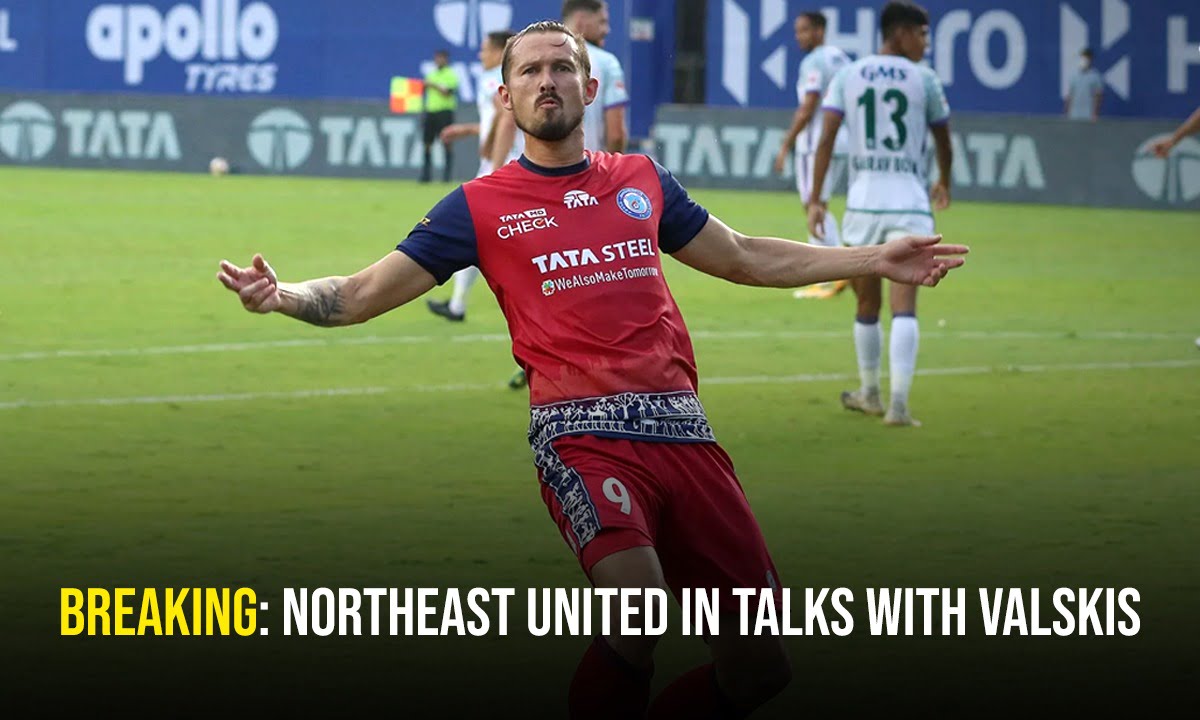 Although the Lithuanian striker has a year of contract left with Jamshedpur, his future in the club looks uncertain. Earlier this week it was reported that the 33-year-old talisman is having some difference with Jamshedpur manager Owen Coyle. Thus doubts cluttered around Valskis’ stay with the Red Miners. Taking advantage of the situation, three ISL-Indian Super League clubs including Northeast United have approached the striker for a move.

The Rise in ISL

Nerijus Valskis has been one of the finest strikers in the ISL in recent years, scoring 23 goals in 2 seasons so far. The striker arrived into the league with Chennaiyin FC in 2019-20. He guided his team to the finals scoring 15 goals in 20 matches. Although the team eventually lost the league finale, his equalizer in the showpiece match secured his name on the golden boot.

Following the footsteps of Owen Coyle, Valskis joined Jamshedpur FC last season. He set off for the season exactly from where he left off. With 8 goals, he was the top scorer for the team. It was this excellent performance that earned him a national team call-up.

But insider sources suggest his relations with the coach have recently shifted on the sour side. On the other hand, his contract runs till May 2022 raising questions about a possible move. Looking at the recent developments the highlanders made the perfect move. As they have shown interest in penning in the player.

When inquired about the current situation, Valskis’ agent told “he has a contract to honor. And we think its not the right to comment” raising further questions. Being their top scorer, it is not likely that Jamshedpur FC will let go of their star striker off easily. Now time will tell in which way the story turns.