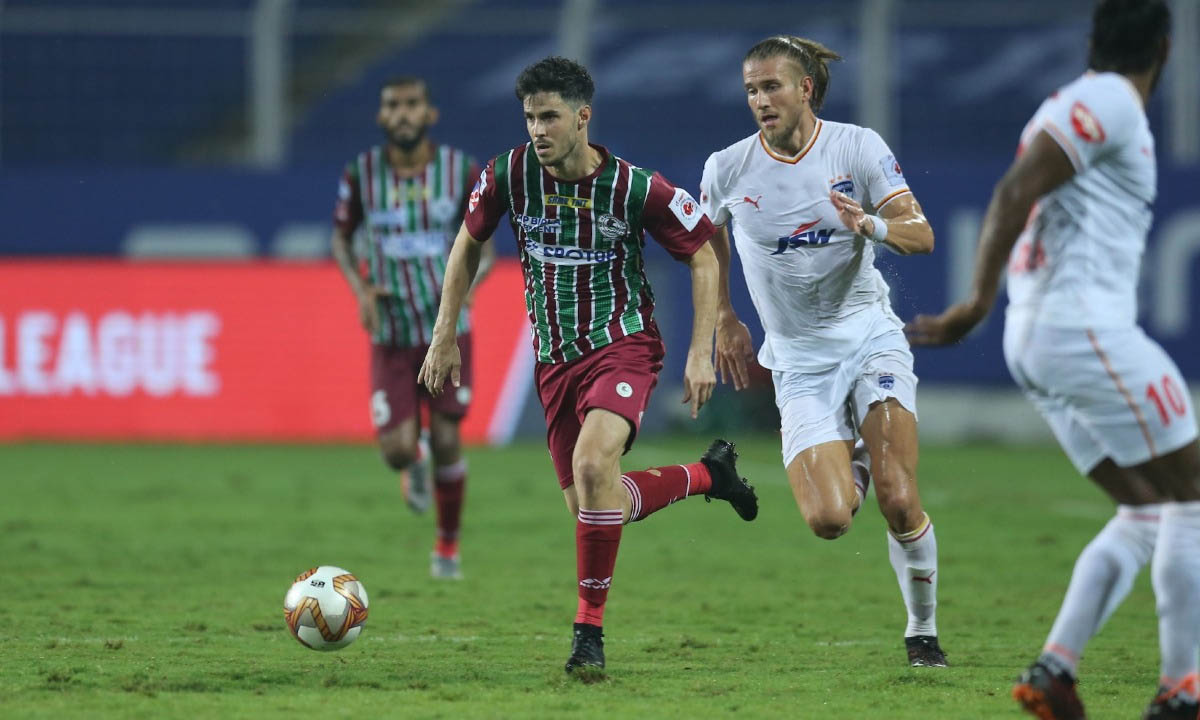 After three seasons with the reserves, Edu moved to city rivals CD Ebro. After a year at Evro, he joined Sociedad Deportiva Ejea. At Ejea, his exploits earned wide reputations as he piled up 9 goals in 41 appearances for the team. The following year, he returned to Ebro and helped his team gain promotion to the third division. He scored his career-best tally of 16 goals for the Arlequinados that season. The following season, he added further 8 goals to his name, helping his team finishing 10th in the table.

After two brilliant seasons with Ebro, Garcia moved to his boyhood club Real Zaragoza. He made his second division debut with Zaragoza on 17th September 2016 against AD Alcorcón. His debut marked to be a memorable one as well as he scored the team’s second goal in a 2-0 victory over the rivals.

After a season with his hometown club, Edu joined Bengaluru FC. He made headlines as he became the first goalscorer for the Blues in their ISL History. He made further headlines in February the next year as Bengaluru FC received a record-breaking transfer fee from a foreign club for Edu Garcia. The Spaniard went to the Chinese League and joined Zhejiang Energy Greentown FC, while BFC received an undisclosed transfer fee for the move. He went on to make 15 appearances for the club scoring 3 goals for the Chinese club, before returning to India

Edu Garcia joined the erstwhile ATK FC in the winter of 2019. Along with Manuel Lanzarote, he formed a formidable force in the midfield, but that was not enough to guide the Reds and Whites into the top-4. The next season, with a major revamp in the coaching staff, Edu’s performances enhanced. Mostly coming on as a substitute, the Spaniard ran rampage in the first four games, scoring thrice with less than 60 minutes of game time.

His brilliant form continued as he found a permanent place in the middle of the park. He scored the second goal in a 3-1 win over Chennaiyin in the season Final, thus helping ATK FC win their record 3rd ISL Title. In one and a half seasons with the Kolkata giants, Edu scored 9 goals, topped off with 5 assists.

Following the ATK – Mohun Bagan merger, Edu Garcia extended his stay in the city for two years. However, his last season was largely dented with injuries. He nearly missed half of the season sidelined with injury-related problems. His goalscoring abilities took a major hit as well, as he finished the last season with only one goal to his name. After a long season with the Mariners, Edu decided to part ways.

After a successful spell in the Mecca of Indian Football, Edu Garcia is all set to move south. As said earlier, we can exclusively confirm that the Spaniard is in very advanced talks with the Nizams. Hyderabad FC had a terrific season last year but narrowly missed out on the semifinals. A creative player like Edu Garcia will certainly bring up the extra flare in the centre of the park and thus helping Hyderabad reach greater heights.