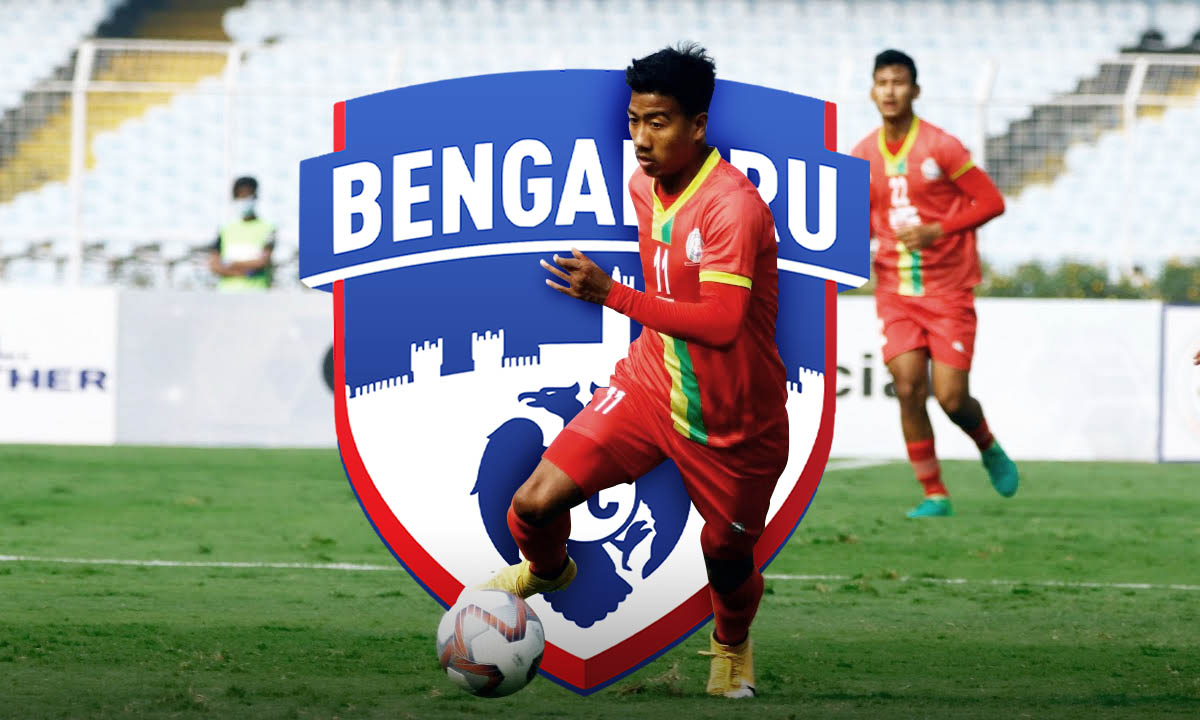 Indian Super League side Bengaluru FC has completed the signing of young Indian striker Bidyashagar Singh, Football Monk can exclusively confirm. The Manipuri Striker has been the hottest name in the Indian transfer market this summer. The signing was completed earlier this week.

Bidyashagar Singh spent his youth career at the East Bengal U18 till 2017. Later he was promoted to the senior squad of East Bengal Club. The youngster played for a couple of seasons there. Singh registered 29 appearances in his time for the Kolkata Giants. He scored an impressive 9 goals in his tenure for the Reds and Golds.

Bidyashagar went back to his homeland club in 2020 and spent the last season at TRAU FC. The 2020-21 season marked his eminence in the Indian football circuit.

Bidyashagar scored 12 goals in 15 appearances for TRAU and helped his team to finish the league at 3rd place in the league table. Singh also became only the second Indian to score hat-tricks on two different occasions during a single season. His record-breaking campaign made him a much sought-after player in the transfer market.

Sources close to the development confirmed that the Manipuri striker has put pen to paper with Bengaluru FC. He had offers from more than 4 clubs. But finally, he has decided to join BFC. Football Monk understands the forward has bagged a multi year-long contract with the 2018-19 ISL Champions.

Statistics clearly show that Sunil Chhetri lacks enough offensive support from domestic players beside him. That’s a key reason behind Bengaluru’s not-so-promising run last season. And as the new season is getting closer, the management is working hard to solve these issues as soon as possible. The newly signed youngster becomes a perfect solution to Bengaluru’s Indian contingent. Fans can expect Singh to bring much creativity as well as much goal-scoring prowess to the team.